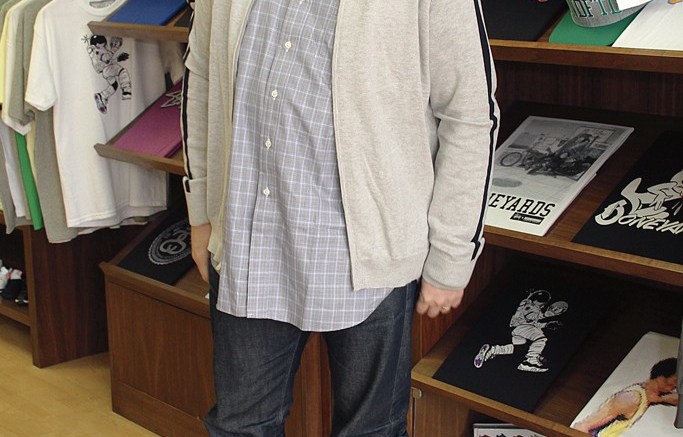 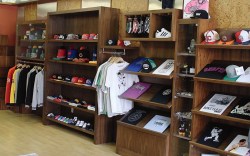 Packer Shoes gives the sneakerheads what they want.

The Teaneck, N.J., shop focuses on classic brands and styles that have their roots in legitimate performance. And the retailer’s own heritage is as rich as the old-school styles it champions.

The 1,200-sq.-ft. store is the latest evolution of a family business that goes back to 1907, when Michael Packer’s grandfather and great uncle opened a full-service family shoe store, called Packer Bros., on Ashburton Avenue in Yonkers, N.Y.

Packer, who left a 10-year career as a lawyer to open the Teaneck shop in 2003 (the original location closed in 2005), makes looking back a habit. “Shoes that have a cool look and feel, but still stay authentic — that’s the sweet spot,” he said.

That filter means limited-edition retro looks from brands such as Nike, Jordan, Ellesse, Fila, Saucony and Reebok get prime space on the custom-built shelves.

The store’s retro commitment especially shows up in its product collaborations. Packer Shoes was one of 20 stores to design shoes for the Reebok Pump 20th-anniversary collection, and this summer, it worked with the brand again to create a Grand Slam pack of Court Victory Pumps that sold at a handful of top-tier accounts.

Other offerings at the shop include the soon-to-be-expanded Pro-Keds collection with Biz Markie and the Jeremy Scott for Originals by Adidas Originals line, which provide fresh updates to classic labels. And some newer brands, such as Supra, have connections to sport.

The store’s dedication to history is one of its great strengths, said Paul Fisher, Canton, Mass.-based Reebok sales director for trend in the U.S. “[Michael Packer] will not do anything if there’s not a really authentic backstory, a rich heritage on the court or on the field,” he said. “He’s amazing at romancing [the product] and making it into a whole event.”

Packer’s reputation was the reason Ellesse, a division of New Hyde Park, N.Y.-based Pentland, chose the store as its U.S. relaunch partner.

Ellesse managing director Mike Stopforth said the brand seeded a small package of 10 heritage styles exclusively to the store this year to gauge consumer reaction. “He’s got a staunch fan base, and the brands support him, so we thought [the store] would be a great test bed,” Stopforth said. “We’ve had a really good working relationship and gotten some good market feedback.”

As times have gotten tougher and limited-edition runs have become more prevalent, Packer said his focus has shifted away from exclusive projects with dominant brands to a wider variety. And he’s moving beyond tiny limited drops. “Doing 12 to 18 pairs isn’t serving the consumer,” he said.

Going forward, Packer is embracing a new online model. This week, Packershoes.com is launching an e-commerce component and will eventually offer at least 80 percent of the in-stock selection, Packer said.

Setting up the site and integrating it with his existing POS system cost between $5,000 and $6,000, an investment Packer said should pay dividends. He added that the site could eventually contribute supplementary business of as much as 50 percent. (Packer didn’t give exact figures, but he said total store sales were between $1 million and $2 million last year and are on pace to be the same in 2011.) For the time being, though, Packer and his staff of three rotating full-time employees will handle all the in-store sales and website maintenance.

The store’s vendors, too, trust that e-commerce is a good next step for Packer.

“One of the things you’re concerned with [as a brand] with e-commerce is to make sure the story you’re telling matches up with the brand position,” Reebok’s Fisher said. “I have total trust that he’s telling it online the way he is in the store.”

With the addition of e-commerce, the store’s commitment to product and service remains as strong as it was when he was a kid working in the family store. “I couldn’t get it out of my bloodstream,” he said. “It’s stubbornness, to a point.”