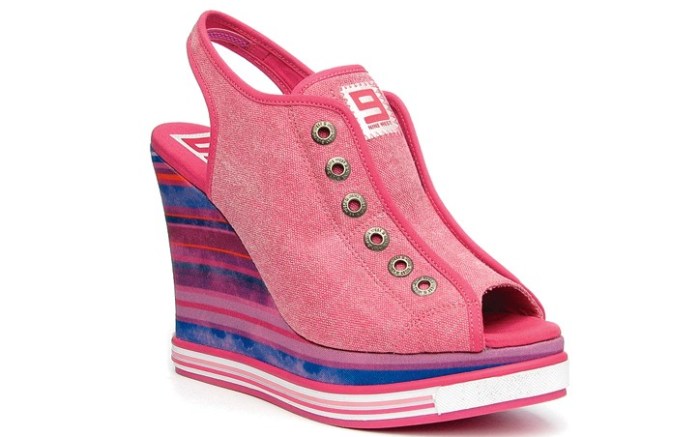 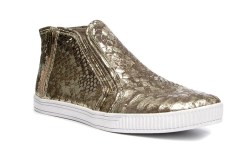 NEW YORK — The Jones Group Inc. is getting sporty.

The company has inked a licensing agreement through 2014 with Philip Simon Brands Group Inc. for a line of fashion sneakers under the Nine West brand.

The collection, which will include about 30 styles under the name Nine West Original Sneakers, is slated for spring ’12 and will debut at FFANY in August.

“As Nine West starts to become a more exciting and energetic brand with new extensions and personalities, the fashion athletic category is a key component,” said Richard Dickson, president and CEO of branded businesses for Jones Group. “It’s a long-term relationship, and we think [PSBG] is a terrific partner.”

The search for the right company to produce the line began over a year ago, according to Dickson, who added that his team was attracted to the experience and creativity at PSBG.

The new line will range in price from $49 to $129. Nine West plans to sell the shoes at its global branded stores, and also will target department stores and specialty retailers.

Ariel Weindling, CEO of PSBG, noted the sneakers will feature lots of color pops, as well as unique materials and shapes.

“[The styles] will stand out in the fashion sneaker [category]. There is going to be a diverse style for every woman,” he said. “The customer will be drawn to the Nine West brand first as loyal customers, and the product will be very much on trend and stand out on its own.”

This is not Nine West’s first foray into sneakers. The company partnered with New Balance for a co-branded line that debuted in spring ’09, but this time, Dickson said, the line will specifically be branded by Nine West.

“We did the co-branded thing and we remain great friends with New Balance, but what keeps Nine West relevant is we’re able to continue enticing consumers with new exciting programs,” he said.

Some of those new programs, for example, include the launch of a Nine West fragrance for 2012 and the Shoelaborations series, which has produced partnerships with Karen Elson, Giles Deacon and Sophie Theallet.

More projects are on the way. “Between the fragrance, Karen, Giles and Sophie, you can be sure [there will be] additional launches for 2012,” said Dickson.

Ultimately, both Nine West and PSBG have high expectations for the unveiling of the sneaker line.

“When you see the product, it’s different, it’s fun and it has its own personality,” said Dickson. “With a partner like [PSBG], we can build a consistent branded business and take the Nine West brand to new heights.”