Footwear Retail Heats Up in the Hamptons 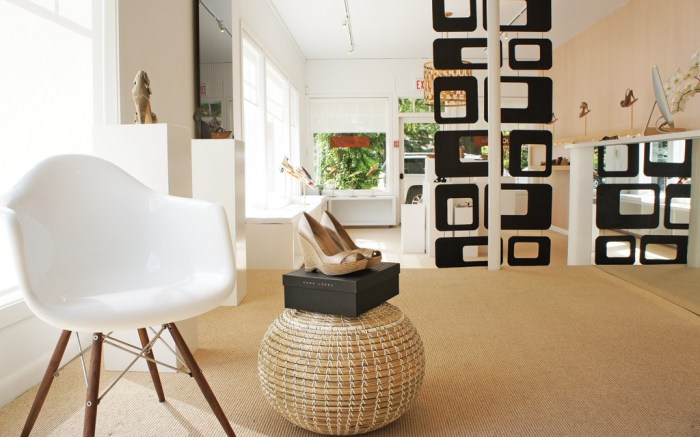 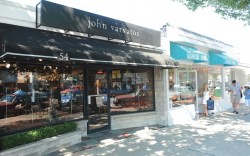 Marisa Borghi has been immersed in the Hamptons scene for the last decade. Her husband owns a Bridgehampton, N.Y., art gallery and she has been closely watching the area’s rapidly-changing retail scene.

Last year, Borghi realized there was something missing on Main Street. “There wasn’t a [dedicated] shoe store, so I decided there was an opportunity here,” said Borghi, a Rhode Island School of Design graduate.

The first few months haven’t been easy. Borghi is still learning the intricacies of running a small footwear business. “Some of the designers I met with won’t sell to me because I’m a new store, and it’s hard to know how much to buy,” she admitted. “But it’s been a good summer. We’re definitely going to be here next year.”

A few miles away, in East Hampton, athletic store Sneakerology, which has two other locations in Long Island, is making a big statement with the 3,000-sq.-ft. shop it opened on April 30.

Co-owner Lorrie Vahamonde said that while it took a while, sales picked up once more consumers found the store. The retailer is banking on a strong August, typically the biggest month of the year for Hamptons retailers.

“A lot of people will do their back-to-school shopping here,” Vahamonde said, noting that Nike continues to dominate, along with up-and-coming brands such as Creative Recreation and Clae, which are housed in a special section called Route 27.

Overall, retail interest across the Hamptons is on the rise, real estate brokers said, thanks to a rebound in the housing market and well-heeled consumers who are ready to shop again.

“For the past two years, it’s been a little disheartening to watch,” said Judi Desiderio, CEO of Town & Country Real Estate. “But now, people have absorbed the crash. The media has stopped bashing real estate, [and that’s really helped].”

From her office on Main Street in East Hampton, Desiderio said she has noticed that more people this summer are carrying shopping bags from retailers across all price points.

“We see everything from the blue Tiffany bags to the big orange bags from Joe Fresh, [the fast-fashion Canadian retailer], so it runs the gamut,” she said, adding that, in addition to East Hampton, other trendy areas such as Montauk are “piping hot” for retail.

Overall, the feeling among storeowners “is really upbeat and positive,” Consolo said. “We’re in a new normal, so I don’t know if anything is back to the way it was before, but people are feeling really good.”

While rents vary from region to region, retailers in East Hampton are paying between $100 and $140 per square foot, according to brokers. At the height of the market, some were shelling out as much $200.

Still, many storeowners are reluctant to plant permanent roots. The pop-up phenomenon, which blossomed during the recession, has continued to reshape the landscape, especially in East Hampton.

Sam Edelman, who previously opened a temporary shop in Palm Beach, Fla., debuted a summer pop-up on East Hampton’s Main Street in May.

“We opened thinking editors would see us and it would be a good PR move,” Edelman said. “But it’s been so far beyond our expectations. One day we sold more than 140 pairs, and we’ve had several days where we’ve sold 100 pairs.”

The designer noted the Hamptons outpost has helped him reach a larger celebrity clientele and attract interest from potential licensees who want to expand the brand into new categories.

Down the street, Stuart Weitzman moved into a temporary space in the Circle, which sits just off Main Street and is home to Hamptons mainstay Blue & Cream.

“It’s been terrific. We’ve really connected with the community,” said Wayne Kulkin, president of Stuart Weitzman. “[But] we never opened this store with sales projections. We wanted to create a one-time experience for our brand.”

While seasonal stores can create headaches for long-time Hamptons retailers, such as Shoe-Inn and Blue & Cream, both stores are reporting robust business this summer.

“It’s an aspirational market and people are really excited to go to the store,” he said.

The store has clearly found some loyal customers over the years. “I go there for shoes year-round,” Desiderio said. “[No matter how many pop-up shops come in], I’m not going to stop shopping at Shoe-Inn.”