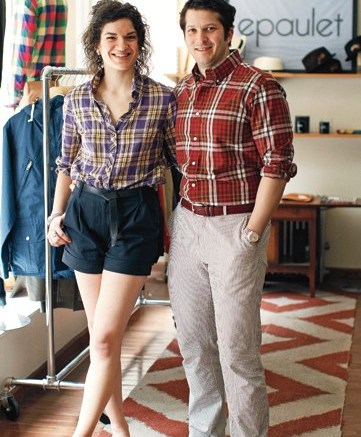 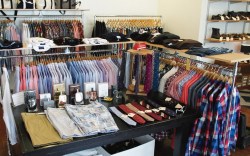 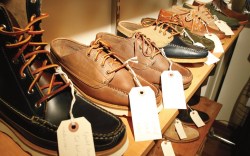 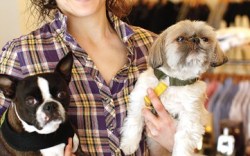 When Adele Berne and Mike Kuhle left their jobs in the corporate fashion world, the husband-and-wife team pooled their expertise to bow Epaulet, a men’s and women’s footwear and apparel boutique in New York.

Berne, a former buyer at Juicy Couture, and Kuhle, who did men’s buying at Saks.com, were determined to carve a niche in the city’s crowded retail scene by offering private-label, co-branded and limited-edition goods.

After their first location, a 1,100-sq.-ft. store in the Cobble Hill section of Brooklyn, opened in 2008, a 900-sq.-ft. sister site debuted in late 2010 in Manhattan’s trendy Lower East Side. Both stores feature a classic American product mix, with men’s footwear by Alden, Loake, Yuketen, Thorogood and Mark McNairy. Men’s and women’s footwear is split evenly, with a women’s offering that includes labels such as Melissa, United Nude and Ugleboo, a Swedish clog brand for which Berne is also a designer.

In March, Epaulet ventured into new footwear territory with the launch of Epaulet Sewn by Hand. The private-label men’s collection is made exclusively in Maine and retails for $220 to $345. According to Kuhle, since the line’s debut, more than 500 pairs have been sold, and a women’s offering is in the works. “We’d rather invest in our own [brands] than someone else’s,” said Berne. “We have a tight control over [them] and know what our customers like.”

About 30 percent of Epaulet’s sales are in footwear. “We’re trying to grow the shoe business,” said Kuhle. “Our customers expect high standards [in] footwear quality. They want artisanal, long-lasting pieces.”

The store’s co-branded collection of Alden footwear continues to be its best seller. “We’re one of the biggest Alden accounts in the U.S.,” said Kuhle. “Over the past few years, heritage brands from the U.S. [have started attracting] younger customers.”

Bob Clark, VP of Alden, said hip stores such as Epaulet have been increasingly seeking the brand. “We’ve gotten caught up in the heritage branding movement to some degree,” he said. “We’ve developed a program with [Epaulet] to do variations on [our] classics, which is what we’re all about.”

Its brands’ deep histories have provided an avenue for Epaulet to connect with consumers. In addition to offering information about shoe construction and a history of each manufacturer, Epaulet’s website features a tour of the Alden factory to give customers an inside look at the shoemaking process. “It’s obnoxious how much information is on our site,” joked Kuhle.

The e-commerce site, which sells globally, also aids shoppers with brand comparisons and advice on subjects such as fit variances based on sock weights.

That attention to detail is communicated in the stores as well. Geoffrey Gurock, northeast regional sales rep for Thorogood, said Kuhle has educated himself on American-made boots. “When Mike shows [Thorogood] to [customers], it’s as if he were in our Wisconsin factory talking about it,” he said. “He’s asked us for every detail about our manufacturing and history.”

Service like that has allowed the store to stay away from discounts. In fact, merchandise never goes on sale. “Customers know if they don’t buy it now, they won’t get it,” said Berne.

And although both Epaulet locations sell the same merchandise, they serve a diverse mix of customers. The Manhattan store, with a clean, modern interior designed by Berne, caters to young locals and tourists. The Brooklyn site, outfitted with an electic mix of furnishings left by the former tenants, is frequented by family-oriented thirtysomethings. Epaulet also boasts a celebrity clientele that includes singer Norah Jones and TV stylist Stacy London, lured by the store’s in-house brands.

“Footwear is the natural extension of all our other categories,” noted Berne. “We love putting our stamp on things.”