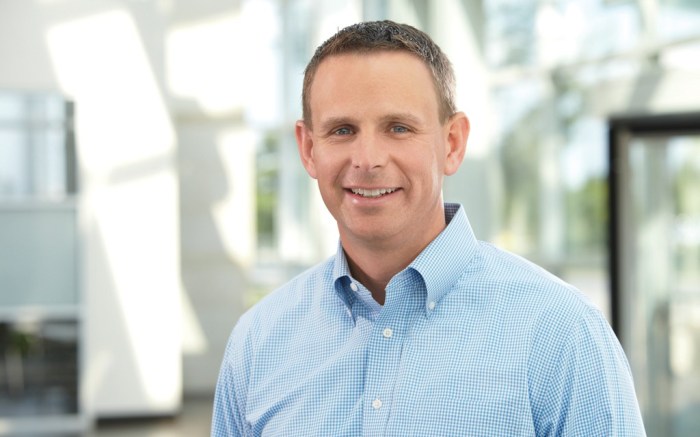 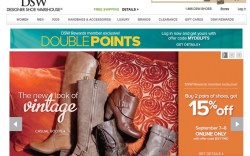 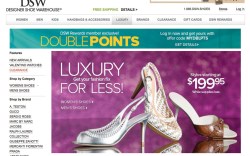 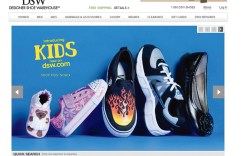 When the going gets tough, the tough go online.

As part of a plan to increase its consumer base, DSW initiated a series of strategic moves last year to encourage both online buyers and in-store customers to become frequent shoppers. It’s doing that by ramping up its Web selection, targeting new shoppers and, most important, tying the website and the brick-and-mortar businesses closer together.

And it has turned the site into a testing ground for new shoppers, particularly with the recent launch of children’s footwear and an upcoming outreach to international shoppers.

All told, the retailer is hoping to make the online business a bigger piece of the pie.

Roger Rawlins, SVP and GM of DSW.com, characterized the online business as being equivalent in breadth of inventory and product selection to approximately 30 stores; some analysts have suggested it is about 6 percent of total sales.

But Rawlins said it could easily be more.

“When you look at the data we’ve compiled on online businesses, [most retailers] see online as a little bit higher than 10 percent [of their total business],” Rawlins said. “We think we can exceed 10 percent penetration to our stores.”

To do that, Rawlins identified increasing cross-channel purchasing as a major goal. “What we have found is the customer who purchases in both channels is twice as productive [in terms of the amount of product they buy] compared with someone who buys in either space,” he said.

To encourage that cross-platform shopping, Rawlins kicked off in 2009 an initiative to integrate the website and store merchandise. Previously, buying for the site was done independently of the physical stores.

But the e-commerce site is not intended to simply mirror the brick-and-mortar locations. In fact, Rawlins said, the company had identified areas where the site could and should differentiate itself.

For example, the website attracts more fashion-focused female customers than the stores.

As a result, 70 percent of the luxury items the retailer once carried in-store are now online, and the Web assortment is about four times that of an average store.

“It’s challenging to put Gucci in every store,” Rawlins said. “This gives us access to a broader customer base.”

Stocking luxury designers such as Jimmy Choo, Giuseppe Zanotti and Prada — often in extended sizes — also has been part of the plan, Rawlins said. Women who can’t find their sizes in-store now have more options online.

“The extended sizes and widths make up 15 percent of total online sales,” Rawlins said. “And where we’re seeing the success with those is in the fashion category.”

To make that even easier, in February, DSW launched Shoephoria, a program that lets store employees search Web inventories to find styles or sizes that aren’t available in the customer’s particular location. Once found, the items are shipped for free from DSW.com to the customer’s home.

The retailer’s rewards card program is another initiative designed to link online consumers and in-store shoppers. Rewards members earn points toward discounts with every purchase. All shoppers get free shipping on any order over $35, with free returns in-store.

“Only 7 percent to 8 percent of our rewards members are multichannel customers,” Rawlins said. “With the size of our rewards file, I need to be focused on how I get more of them to purchase in both channels.”

And Rawlins said the retailer is aiming to own a larger share of its reward members’ closets. “We don’t feel we’ve reached a threshold,” he said. “We think there’s tons of opportunity in that customer base.”

That’s a sound strategy, according to analysts.

“The opportunity to return items to a store can’t be overstated,” said Steven Marotta, an analyst at CL King & Associates. “It’s an opportunity to drive an incremental sale, [and] shoppers tend to pick up something along the way. People who shop both channels spend more on average [than those who shop each separately].”

Jeff Van Sinderen, an analyst with B. Riley & Co., said the website has been a good vehicle for boosting the retailer’s brand recognition.

“It’s enhancing awareness, and it helps because the customer has another place to look at product,” said Van Sinderen. “And even though [DSW] has been doing some advertising, it’s not as well known as some other brands.”

But the site is not designed to just appeal to existing shoppers. According to Rawlins, DSW is actively seeking to enter new businesses. In July, the website launched kids’ product with 60 vendors and more than 600 SKUs, which analysts hailed as a good way to add incremental sales without changing the generally kid-free in-store experience. And by the end of the year, the e-commerce site will have added international shipping.

“Today, about 4 percent of our traffic is coming from international URLs,” Rawlins said, naming Asia and Canada as the biggest markets. He added that there is a significant upside to having a big international business. And microsites could be a larger player going forward, he added, as the company looks to capitalize on consumer interest.

But in the end, it’s all about servicing the needs of the DSW consumer. “The customer doesn’t care if you’re in the dot-com business or brick-and-mortar. They want the right shoe at the right time.”