DSW Milestone: Getting Out the Message 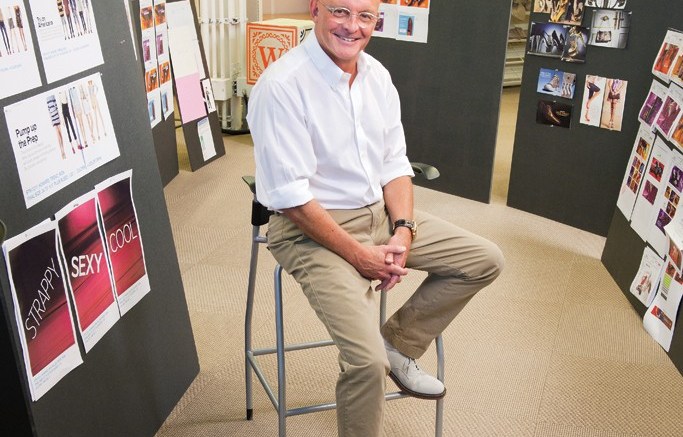 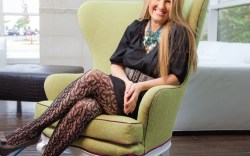 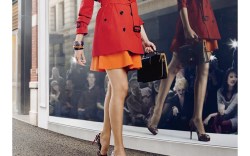 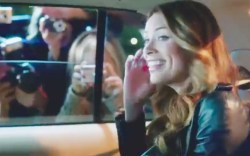 DSW is learning to speak fashion.

As the retailer has added more designer labels to its stable of value-priced fashion, the company has evolved its marketing message to connect with more-fashionable consumers.

“We’ve really started to be a part of the fashion community,” said Derek Ungless, EVP and chief marketing officer. “We do a lot of research to understand our consumers and we’ll modify [ads] based on their input.”

The company’s latest fall campaign, which began airing last month, uses the tagline “It’s where you get those shoes.” One television spot features a model in a standout pair of heels, and a variety of print ads are currently running in major fashion magazines such as Vogue, with the recent additions of W and Nylon.

Tim Robinson, managing director at branding firm CoreBrand, said company execs are wise to expand both the product assortment and messaging to appeal to a wider base of consumers.

“They’ve taken on a stronger image and position over the last five or six years. Previously, [the marketing message] was always this bargain-hunting mentality or finding things at cheap [prices],” he said. “I’ve seen a switch to a choice-oriented message, about providing a range of options and finding something that’s right for your high range of products.”

Robinson said the new strategy appears to be effective at driving a new consumer group into stores. “From my experience, I’ve noticed [customers] who wear Jimmy Choo and Prada are also shopping at DSW, and six years ago you wouldn’t have seen that,” he said.

DSW launched its first TV campaign, titled “The Hunt,” seven years ago with a straight-forward message that combined fashionable brands at affordable prices.

“When you wed value with fashion it’s been pretty magical,” said Ungless.

And in recent years, while many footwear retailers have taken their advertising messages online, DSW has largely kept to traditional television and print mediums.

But moving forward, the company intends to dedicate more time and energy to the digital realm, turning to untapped opportunities with blogs and other online initiatives.

In addition, the company plans to beef up its social media efforts, including a strong push for engagement on Facebook and Twitter.

Every Tuesday, the firm also hosts “Free Shoes Day,” where fans and customers can try to correctly answer questions about the store or brands for a chance to win a pair of shoes.

And such efforts are already bearing fruit.

Due to the retailer’s consistent activity on Facebook, DSW has found that its fans on the social networking site are spending twice as much money as the average customer.

“If you go to our Facebook page, you see it’s really a hangout for shoe lovers,” said Ungless. “And it’s not something we forced. We really let our customers grow it. As a marketer, that’s the best authentic stuff you can get.”

Social media is also a strong source for word-of-mouth marketing, according to Kelly Cook, VP of customer strategy and engagement. For example, said Cook, when shoppers post pictures of shoes they purchased at the store, other customers will respond to inquire about the specific location where it was bought.

“We consider the [social media] strategy as having an engaged fan base. Ultimately, it’s just about being a shoe lover, and we found that the [customer] engagement rate is about 60 percent,” she said of consumer activity such as comments, posts and “likes.”

Julie Levinthal, SVP at PR, marketing and branding firm Maloney & Fox, echoed that the level of consumer engagement is high, due to frequent contests and promotions.

“This year, [the company] has been really effective at truly understanding who their audience is and what the economic realities post-recession have done to general consumer spending,” Levinthal said. “Overall, there is a sense of discovery that so many people are attracted to. [Consumers] are proud when they get a discount, and they are excited to talk to friends about it.”

To further the interaction, the company also has initiated viral campaigns on YouTube, and DSW will often post a “Frenzy Alert,” where it asks customers to create a video. Recently, for instance, customers were asked to document their savings during a shopping trip. “Thousands of people were showing their receipts [on Facebook]. It was really exciting,” said Cook.

At the core of the company is its rewards program, which has more than 17 million members and serves as an important marketing tool. Through this initiative, customers earn points and are rewarded with gift certificates, while receiving member’s-only exclusives such as free shipping and advance notice of promotions. Consumers in this program comprise 88 percent of the business, according to Cook.

And by tracking customer buying, the firm is able to more effectively market to what DSW calls “clustomers,” or customer clusters that are grouped by buying behavior instead of demographic.

For example, the “Shoe Fanatic cluster” buys 27 different brands of shoes per year and they are a high redeemer of the reward certificates. They are also Facebook fans, added Cook.

There is also the “Multi-Category cluster,” which includes people who enjoy interaction.

“These are customers who, with any communication we send them, they go immediately in the store and buy the brand,” said Cook. “They absolutely love the marketing collateral, they love anything they see in our commercials and advertising.”

Ungless said DSW will continue to put a focus on marketing across all channels, noting that online programs and Facebook help to attract younger customers, while traditional media appeals to a wider age group.

“It’s a sweet mix of marketing [materials],” he said. “They need to coexist, and one wouldn’t work without the other.”

Looking ahead, the company has plans to improve its Facebook experience to coincide with its fall campaign. By posting “DSW Shoe Lover” on the retailer’s Facebook page, fans automatically get a free surprise, though the company declined to share the details.

However, execs said the opportunity Facebook presents is tremendous. “We feel that it’s a market that’s untapped,” said Ungless.