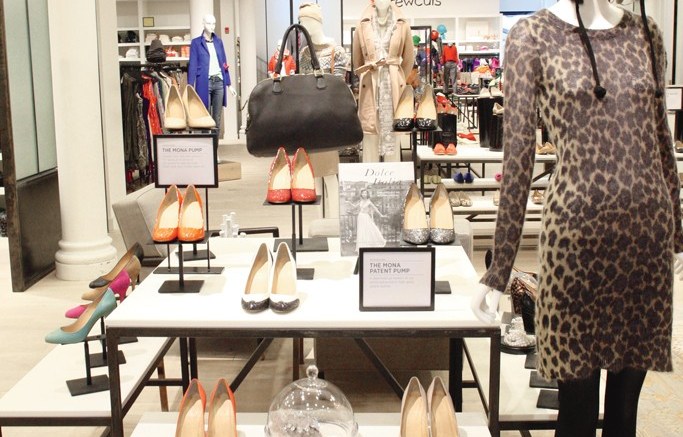 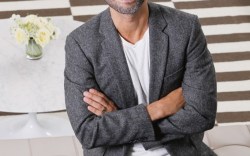 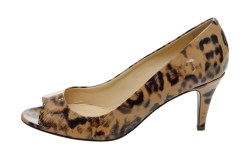 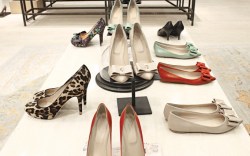 As it expands its vision of Americana globally, J. Crew is pushing shoes in a major way.

“Footwear continues to be a big growth [category] for us, and we are extremely excited about the future,” said Tom Mora, head of women’s design for the retailer, adding that the company adopted a more aggressive approach to the category for fall.

“We spoke loudly about [shoes] in the catalog and online and created amazing salons in many of our stores,” he said.

J. Crew is making sure footwear has prime placement as it expands globally. In August, the retailer bowed its first international store in Toronto, a 5,000-sq.-ft. space offering women’s clothing and accessories.

The company also is ramping up its virtual presence across the globe. While the company already had a successful e-commerce site serving Japan, J. Crew recently launched online shops catering to the U.K., German, Italian and French markets, and additional rollouts are in the works.

Mora, who was tapped for his current position in September after 10 years in various roles at the firm, said he is looking to fuel growth in footwear by making it a standalone segment as opposed to being a companion piece to apparel.

The J. Crew-branded footwear offering includes preppy-chic ballet flats, riding boots, pumps and evening sandals. Made almost entirely in Italy, the collection ranges in price from $17 for flip-flops to $450 for boots.

The retailer also has become known for its collaborations, with labels such as Fratelli Rossetti, Minnetonka, Quoddy and others.

Sperry Top-Sider has had a longtime relationship with the retailer, appearing in its first catalog in 1983. “We offer the J. Crew consumer an opportunity to get a unique spin on Sperry product that they can’t find anywhere else,” said Craig Reingold, president of Sperry Top-Sider. “J. Crew is a phenomenal retailer with tremendous influence in the marketplace, and we have a shared consumer base, so it’s a real win-win relationship.”

New Balance began working with the retailer last year and said J. Crew is a strong fit for the brand. “We felt that this partnership was a great synthesis of two great American brands working together to offer a premium product to the clientele of J. Crew,” said Jennifer Lynch, senior product manager with New Balance Lifestyle.

While he declined to reveal the company’s next collaboration, Mora said there are exciting new plans in the works.

Here, the executive talks about the importance of catalogs in cultivating the J. Crew image and the benefits of being an approachable brand.

How has the footwear category evolved since you started at J. Crew?
TM: We are constantly looking at where we want to go with the shoes, but also where we have been already. [We have some] shoes from four years ago that are still as good as the day [we launched them]. That’s an incredible thing, to be able to go back and say, “That was beautiful. What [can we do with it] today? Do we tweak it a little bit or do we put it on a lower heel?” When we do something that’s special, it doesn’t ever feel that it has an expiration date. And that stands for all of our shoes, not just our ballet flats or beautiful collection pieces.

How important is the price-value relationship?
TM: The shoes are really well-priced. [The collection] is almost all made in Italy, [so] that’s kind of an amazing thing. A lot of people don’t actually think about the amount of manpower or time that it takes to create the shoes. We have our Italian people come in and we fit all our shoes here. It’s an amazing process. It’s very old-school.

What parts of the footwear design process intrigue you the most?
TM: I love to focus on the really small details of a shoe: the carve of the heel, the toe box, the last [and] all those things that make a shoe go from being not so great to being really exceptional. Obviously, we’re always concerned about how it feels on the actual woman’s foot. We’re always making sure they feel as great as they look.

How do you balance the J. Crew offering with the branded looks you sell?
TM: If someone does something really well, we want to get it from them rather than us [trying to] do it. [When it comes to] a Sperry Top-Sider, why would you want to try to reinvent that? We just want to get it from the person who does it best. There are so many brands that are icons that we’ve all grown up with as children, such as Sperry, Tretorn or Minnetonka. When we become obsessed with things as a brand, we want to share them with our customer.

Sperry has the same traditional feeling as J. Crew, but New Balance seemed like a bit of a departure for a collaboration.
TM: Overall, as a brand, we have many different facets. And there is that cool girl who’s totally going to put New Balance on with her skinny J. Crew pants and a cashmere sweater or a great piece of outerwear and look amazing. It’s all about how you put it together and how you style it. That’s why we have the catalog to showcase all the incredible, interesting styling. We have people saying, “I want to look exactly like this.” They look to J. Crew as a way to dress and tell them how to do it.

Between the store, catalog and website, is there one channel that works particularly well for footwear at J. Crew?
TM: It’s interesting because I would have said the catalog is much more important because it gives you an overall vision, but we’ve done such a fantastic job of making online a dynamic vision of the brand as well. On the Web, you have this constant updating of ideas and concepts. When you’re able to highlight a new product in a second, it is really fun and keeps customers engaged. It’s equally as important [as the catalog]. The stores are obviously important as well. We really want to stand behind footwear and build these beautiful shops with footwear and accessories boutiques, and the customer has responded so well to it. We’re making it a place where you can sit down and try on a shoe and really see a broad assortment of the product.