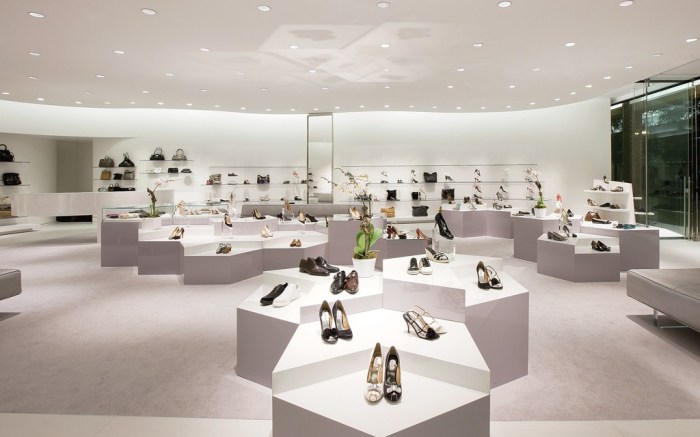 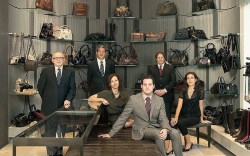 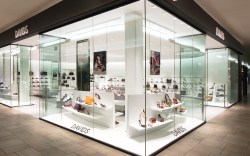 High-end retailer Davids may be turning 60 this year, but the three-store, family-owned luxury shoe business doesn’t show its age.

In fact, the Toronto-based chain will celebrate its anniversary by adding labels such as Stuart Weitzman and Manolo Blahnik for fall and is preparing for the September debut of its e-commerce platform. Additional stores, both in Canada and abroad, could also soon come to fruition.

And Davids, whose year-to-date sales are up more than 20 percent, continues to thrive. President and CEO David Markowitz attributes the chain’s positive results to the fact that his family oversees every aspect of the business. “The secret to our success is that the family does the buying,” he said. “The family is on the floor. The family does the back-room analysis [of sales and purchase orders]. We understand and breathe every facet of our business. And we’re very in tune with the Canadian market and our customers’ needs.”

The first Davids store was founded by Louis and Julia Markowitz in 1951 and named for their son David, who took over as head of the company in 1991. The shop was originally situated on the corner of College Street and Brunswick Avenue, but in 1971 relocated to a 5,000-sq.-ft. space at the intersection of Bay and Bloor streets. A second door opened in 1999 in the Bayview Village mall and a third space was added in 2005 at the Yorkdale Shopping Centre. Both mall sites measure 2,500 square feet.

Each shop features unique sculptural and display elements, but David Markowitz said all the locations aim to make shoes the focal point. “We want the eye of the consumer to see the product first,” he said. “We don’t try to embellish the store with something that would detract from the shoes. Footwear comes first.”

The CEO noted that the stores undergo updates every five years and complete redesigns every 10 years. The current décor focuses on displaying shoes in a nonrestrictive environment, with floor-to-ceiling windows and an open plan that allows consumers to easily walk around and see a large assortment of merchandise.

Women’s shoes make up about 60 percent of sales, while men’s shoes account for 25 percent of the business, with handbags and accessories making up the remainder. Price points range from $350 to $650 for brands such as Bruno Magli, Christian Louboutin, Giuseppe Zanotti, Gravati, Jimmy Choo, Salvatore Ferragamo, Valentino and Walter Steiger.

The retailer also has an active private-label business, with its Davids brand accounting for about 25 percent of sales. Markowitz said that line is made in Spain and Italy, at some of the same factories that designer brands use.

And Davids continuously hunts for exciting vendors to add to the mix. “Having new designers is essential for us,” said VP Richard Markowitz. “We’re always looking to test the waters and give them the opportunity to stand out in our stores.”

While the company hasn’t yet committed to orders, Richard Markowitz added that he was impressed by the recent collections from Brian Atwood, Nicholas Kirkwood and Alexandre Birman.

The trick, he explained, is to find fashionable items that meet the needs of the store’s customer base and that offer newness and enduring styling. “Our customer is a chic woman,” said the VP. “She isn’t necessarily looking for the thing that is the trendiest item. She is looking for something that is truly a beautiful item that will stand the test of time. At the same time, the product has to be contemporary for her. It has to be right for the season, and it also has to be timeless.”

That’s why the retailer is excited to carry Stuart Weitzman and Manolo Blahnik for the first time. “We pride ourselves on picking the best of the best from each collection,” said Richard Markowitz. “And we’ve built a client roster of the very best and most fashion-savvy customers in all of Toronto and Canada.”

The store’s vendors said they value Davids’ family atmosphere and the expertise that comes from spending decades in the shoe business.

“Davids continues to be a family-run business that has been passed down through several generations,” said Alain Baume, president of Vicini USA, the stateside arm of Giuseppe Zanotti. “They are always on the cutting edge of fashion and are in tune with their customers’ needs.”

Barbara Roche, VP of International Attire, the exclusive agent for Gravati in the U.S. and Canada, said the Davids team has acquired a tremendous amount of shoe knowledge that makes them a force in the luxury market. “They know more about shoes than most people ever will,” she said. “They are experts in what they do, and I really respect them.”

In September, Davids will introduce e-commerce, and hopes are high that the addition will drive traffic both online and in stores. Currently, about 40 percent of online traffic on the retailer’s website comes from Vancouver and Montreal. “We’re hoping it’s going to be very big,” David Markowitz said.

Still, he added, e-commerce hasn’t been as active in Canada as it has in the U.S. and Europe. “We truly believe shoes have to be tried on, but these days, people know the last [shape], or they are familiar with a shoe, so they’re pretty knowledgeable. So we want to make it available for them,” said the CEO.

Meanwhile, more brick-and-mortar stores could be on the way. The retailer is in discussions for additional locations outside its hometown.

“We are based in Toronto, but we feel we could mirror what we’ve done here on the west and east coasts [of Canada],” David Markowitz said, adding that additional stores on a global scope could open as expansion continues. “I believe Davids has the ability to have international locations. We could do it, and it would be wonderful to see. Davids could be in some of the major fashion [cities] around the world.”

As the company eyes such large-scale growth, its owners have not ruled out being acquired or taking on a partner with the right set of resources. “We’ve had a couple of offers recently,” David Markowitz said. “We’re looking for the right strategic alliance that would allow us and the next generation to continue [to thrive]. As we’re reaching these milestones, we’re starting to consider what is best for the family and building succession into our plans.”