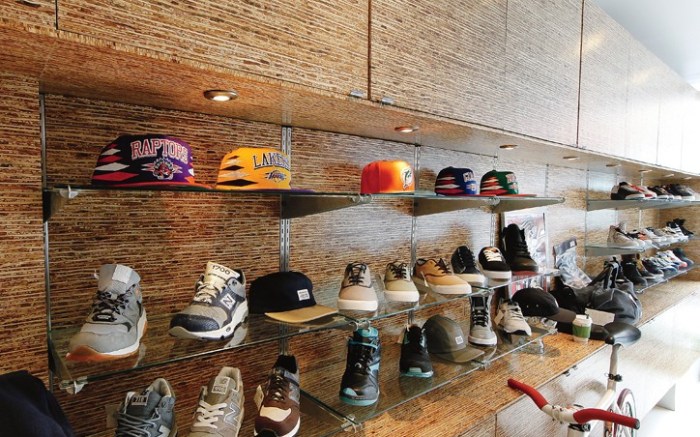 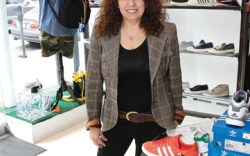 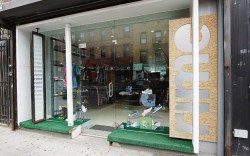 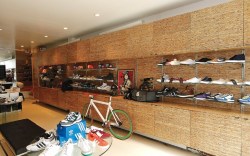 In a neighborhood with three independent shoe stores on the same street, Susan Boyle aims to stand out with a unique product mix at Rime, the 950-sq.-ft. shop she opened in Brooklyn, N.Y.’s hip Cobble Hill area in 2007.

“I try to offer cool things that aren’t saturated and that are technical,” said Boyle.

Her range of styles and competitive prices — less than $100 in the spring and $75 to $400 in colder weather — have attracted style-conscious 25- to 30-year-old shoppers.

But if the selection draws people in the door, the service provided by Boyle and a handful of full-time employees and part-time interns is what brings people back. On a mission to help “educate the younger shoppers,” Boyle functions as a personal shopper/den mother, handling special orders for loyal customers, critiquing potential purchases and putting together outfits for guys who want a hand.

And her vendors said they prize Boyle’s expertise.

“Guys need help, and she puts a lot of effort into directing her customer. Susan works tirelessly to find out what her guy wants and serves that. She has a good eye for what’s coming around the corner. That’s what a good retailer does,” said Matt Miller, COO and CFO of Solana Beach, Calif.-based Clae.

“The folks at Rime are always up to date on what’s fresh for their consumer,” agreed Luis Navarro, product manager at Boston-based New Balance. “That’s made [the store] a key destination in Cobble Hill.”

For Boyle, staking a claim in athletic retail has also meant providing a substantive women’s sneaker and boot assortment. To appeal to her clients, Boyle said she plucks the best styles from the guys. And, if necessary, she tweaks them to appeal to her female customers.

“My girl is a New York girl. She’s a little harder,” she said. “She doesn’t want a girly style. And when she does, she can get it other places.”

But as proud as Boyle is of her women’s assortment, she isn’t going to focus on courting a larger female clientele. With 70 percent of her business skewed toward menswear, Boyle sprinkles in just enough women’s product to keep everyone happy. “There are so many women’s stores here,” she said. “I like to leave [Rime] as a men’s store, with [shoes for] the girls coming in with their boyfriends. This is a place where they can hang out.”

After a strong start in 2007, the business saw sales fall by half in 2008. So Boyle adjusted by being aggressive with the assortment — including moving more into footwear — and being ruthless about discounting what didn’t work, which let the store ride out the downturn.

“We fine-tuned; we got a little stronger,” she said. Today, 70 percent of the business is in footwear, with the rest coming from apparel and accessories. And sales have steadily picked up; Boyle estimated 2011 revenues will rise 20 percent over last year.

In fact, things are going well enough that she has started to think about expansion. After rolling out e-commerce in November, Boyle said she’s eyeing potential sites in Manhattan for a second store location.