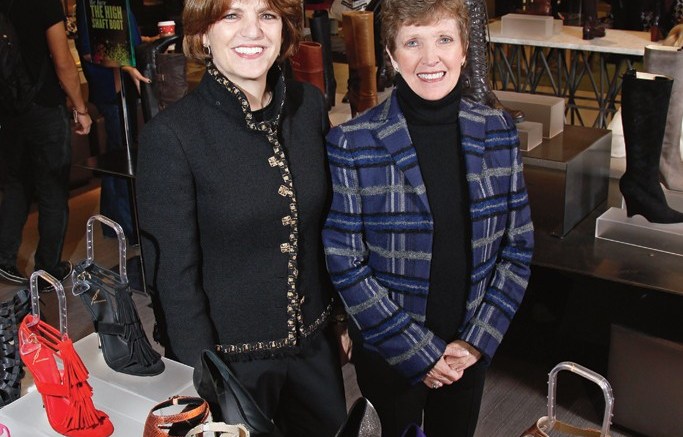 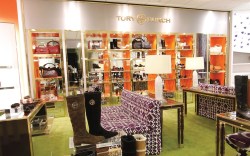 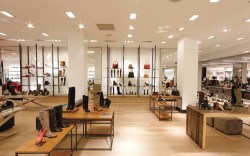 Department stores are going to battle armed with newly renovated shoe floors, and Bloomingdale’s is the latest to join the fray.

The retailer not only unveiled a new women’s space at its 59th Street flagship earlier this month but also plans to update the shoe department in its Soho outpost in the new year.

“We hope to start work in January. [We’ve planned for] just footwear at this point … as the Soho store’s growth has been really healthy. It’s going to get more space and new furniture,” Francine Klein, EVP and GMM of fashion accessories at Bloomingdale’s, said while speaking to Footwear News at the Midtown flagship, where the shoe department grew by a little more than half, to 20,000 square feet.

Klein said the time was ripe for a makeover because “the [footwear] business has been really explosive. We have seen compounded growth in this particular category in a very positive way.”

Also a boon is the department’s adjacency on the second floor to contemporary sportswear — another fast-growing category for the retailer — as shoppers invariably wander from one end of the floor to the other. Klein noted, “You can feel the energy and the pace at which the business happens on the floor. That’s really exciting for us.”

Despite the fact that unemployment continues to weigh down consumer sentiment, analysts who cover Bloomingdale’s parent Macy’s Inc. said the investment in renovations will pay off.

“Footwear and accessories have been strong for two years now, and companies are going to invest where they’re seeing the growth, and the flagship is a great return on investment,” said Paul Swinand, analyst at Morningstar Inc. “What can Macy’s or Bloomingdale’s do that no one else can do? Upgrade its fabulous real estate in New York.”

“The reasonable assumption is that Bloomingdale’s business mirrors that of Nordstrom and Saks Fifth Avenue, which have seen [a range] of 6 percent to 20 percent increases in comps year to date,” he said. “Plus, Macy’s has been in capital-conservation mode for the past two years, where their reinvestment in the business was well below historical levels. Now they’re in a place where the business has performed admirably.”

That financial strength, coupled with an increasingly competitive footwear environment, is spurring the store to expand both its brand mix and its assortments within labels.

“We continue to grow the brands that will differentiate us from the others and that we can really own,” said Debbie King, VP and DMM of women’s shoes. “We’re also looking at what is the next hot thing and how it would complement our existing assortment structure, [while also considering] price point opportunities, quality and trends.”

To that end, Bloomingdale’s has recently added new vendors including B Brian Atwood, Eileen Fisher, Rachel Zoe, Sorel and Taryn Rose, and built shop-in-shop concepts for Tory Burch, Sam Edelman, Havaianas and Ugg — a stateside first for all brands involved.

“The driving force to the renovation of the floor was really so we could better cater to our customers from the service, environment and assortment perspectives,” said Klein, adding that the shop-in-shop strategy makes “a very important statement on the floor for our customers to see the breadth of what our partners do, and show the vendors’ DNA. That’s different than what you see at a lot of other places.”

Vendors are already starting to register some encouraging results.

Sam Edelman told FN he expects sales of his shoes there to quadruple next year. “A shop-in-shop implies a partnership. And when you have a partnership, you work even harder on things such as exclusives and responding better to hot styles,” he added.

And Havaianas, touting increased sales despite the onset of winter, is already planning to expand its new concept to other key markets including Los Angeles and Miami.

“Sales at 59th Street are up more than sixfold versus last year,” said Havaianas USA President Afonso Sugiyama. “The Bloomingdale’s consumer is always interested in new styles, even [when] it is supposedly off-season for flip-flops. The shop-in-shop offers the most complete assortment in New York, and if they can’t find what they are looking for, they can make their own pair by mixing soles, straps and embellishments.”

As for other standout performers, King said Stuart Weitzman, which is also represented in the fourth-floor designer shoe salon, is picking up a different customer on the second floor.

“It’s getting a lot of volume on both floors. So we’ve really seen some dramatic changes to the business,” she said.

Speaking more generally, the merchant noted dress shoes and boots are driving sales this fall, and she expects the holiday season to get a boost from women looking to treat themselves and others.

“Self-purchasing happens a lot in the fourth quarter, while Hunter and Ugg are big gifting purchases. The resort products are really exciting, and we are seeing a lot of color, giving people a lot of reasons to [buy],” said King, adding that Ivanka Trump has been a strong performer of late.

And while it is well stocked out front, Bloomingdale’s hasn’t forgotten the back of the house: It hired two additional sales managers and also invested in technology that will improve customer service in the department, starting with an iPad program that lets associates show customers what styles are available in their size without having to venture back into the stockroom.

“It’s still in the infancy stage because we launched it about two weeks ago, but it’s important to do because the consumer expects that. I expect that when I go shopping, and it is important for us to be ahead of the game,” said King.

Looking ahead, the execs plan to roll out more revamps and expansions as the category’s momentum keeps building.

“As we continue to grow the business, we will look for more opportunities to expand the space. Then, as we grow out of this space, we will look at taking on more space,” explained King. “We’ve shown our ability to do that, not just on 59th Street but also in Short Hills, N.J., where we are renovating and also expanding in spring ’12.”

And while competitors such as Selfridges and Macy’s are boasting new shoe floors of up to 39,000 square feet in size, bigger is not necessarily better at Bloomingdale’s, which has renovated the women’s shoe floor in 14 doors in the last five years. “It is our desire to be the best for our customer. I’m not sure we are going to be the biggest, but we like to make sure we have the best assortments for our customers within the four walls of our stores,” said Klein.