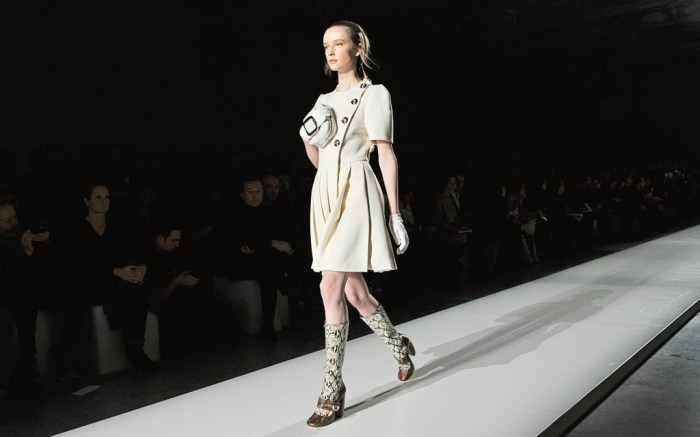 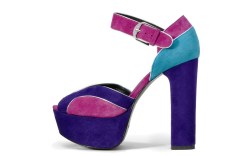 NEW YORK — Major retailers are looking forward to a stronger second half, driven by staples such as boots and new trends including single soles and glittery colors.

Despite renewed turmoil in the economy, department store execs told Footwear News their outlook remains upbeat because there is enough newness in fashion to woo consumers.

“Our plans are aggressive,” said Debbie King, VP and DMM of women’s shoes at Bloomingdale’s. “But we have a lot of momentum coming from a very successful spring season that will carry us into fall. Brands with the most momentum [include] Sam Edelman and Dolce Vita.”

Christine Carlton, divisional VP of accessories, footwear and jewelry at Holt Renfrew, said footwear will continue to be a top-performing category at its stores this year. “We are trending exceptionally well right now and will accelerate into fall with a huge double-digit increase over last year,” she said.

Retailers’ bullishness is in line with a report released earlier this month by MasterCard Advisors SpendingPulse, which found that spending in the luxury category in July logged a 12 percent increase over the same month a year ago.

Sales, tracked through the SpendingPulse Luxury Index, have also posted 10 consecutive months of year-over-year increases, even as overall consumption in other categories, such as furniture and electronics, has been tepid.

And boots, despite being higher-priced items, saw an uptick in sales in the last two years and will reign again later this year, execs told FN.

“We’re ready for another long winter. And fur — rabbit, fox, mink, shearling and pony hair — is a must-have here,” said Eloise Taussig, Bergdorf Goodman’s VP and DMM of women’s shoes. “We have also had a strong response to ankle boots, which are easy and transitional.”

Tracy Margolies, VP and DMM of women’s footwear at Saks Fifth Avenue, agreed that what she is “most excited about is booties. It’s a great way to freshen any outfit.” She added, “Wedges are [also] important [for] the fall wardrobe. Saturated colors and shine feel good for holiday.”

A key observation among retailers is that apparel trends will help drive the need for new shoes. King said, “Customers will have to have a new high-shaft dress boot to pair with a pencil skirt or cigarette pant. Hiking-inspired booties [will] add a new dimension [to] colored corduroys, jeans and skirts.”

Meanwhile, Holt Renfrew is banking on the return of the single sole to drive brands such as Manolo Blahnik and Jimmy Choo, and Bergdorf Goodman is gearing up for some holiday cheer.

“Metallics will remain best-sellers, as well as sparkle and glitter. Python is an important material this season that we are offering in a wide variety of colors and silhouettes, [as are] lace and jewel-tone velvets,” said Taussig.

“That’s the beauty of footwear right now,” said Carlton, “there’s no trend that’s right or wrong. With the dominance of shoes that we have, we can provide something for everyone.”