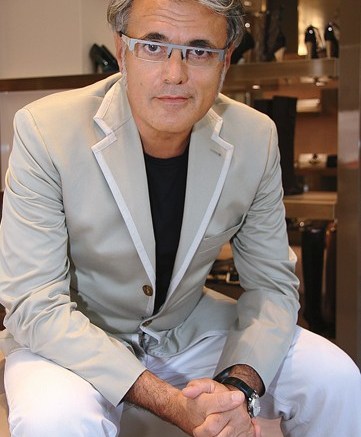 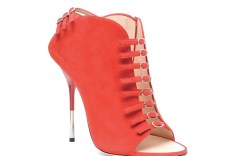 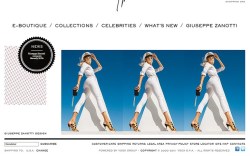 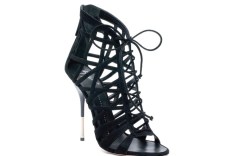 NEW YORK — Giuseppe Zanotti is gearing up for a big 2011.

The Italian designer is growing his presence with new stores, expanded collaborations and an emphasis on China.

The biggest focus, he said, is the Asian market, where four Giuseppe Zanotti stores are already in operation. Offices in Hong Kong were established last August to foster relationships with high-end accounts in the region and open new boutiques. A second Beijing shop is expected to bow within the next six months, he said, and two additional doors could open by year’s end.

“We’re very excited about the Chinese market because it wasn’t expected [we’d do so well there],” Zanotti said.

Though much of the emphasis is on the Far East, Zanotti is also looking for opportunity in California. He recently unveiled a store in Beverly Hills, which was fêted with a cocktail party last week. The shop and a newly established neighboring office are part of the company’s effort to maximize the West Coast business and make the collection more available to the Hollywood crowd.

Zanotti also is making a deeper impact in the digital world. After rolling out a revamped website last year, his firm is focused on building a more prominent following online, said company retail director Jenny Zanotti, who is also the designer’s sister.

“It’s the first point of contact for the customer, so it’s really important to give as much information as we can and display as much product as we can,” she said of the site, which features celebrities in styles from the collection and links to buy the looks. “We try to relate the e-commerce area to the overall experience.”

Online sales make up only a small portion of the company’s overall business, but Jenny Zanotti predicted that about 10 percent of the business could eventually be done through the site.

The projects come on the heels of extensive category expansion over the past year, including bridal shoes, fashion sneakers and costume jewelry.

Wedding styles — in silk and napa leather and embellished with semi-precious stones — launched this spring and are priced between $495 and $995 to be competitive in the saturated bridal market, Giuseppe Zanotti said. The capsule collection of four sneaker styles retails for $595 to $995 for the more embellished and exotic skin versions.

Jewelry, meanwhile, launched exclusively in Giuseppe Zanotti stores last September and was opened up to high-end department stores and select independent shops for spring ’11, Zanotti said. The line features more than 100 pieces, spanning rings to necklaces, in simple gold and silver or embellished with jewels and crystals.

“The idea is to move from feet to hands, wrists and the neck,” Zanotti said of the line. “It’s all our designs and very personalized.”

Zanotti, who also produces footwear for Balmain, Proenza Schouler and Thakoon through his firm Vicini SpA, has continued to foster relationships beyond his namesake brand.

He partnered with French luxury line Vionnet on a limited run of elegant and chic footwear for spring ’11 and has extended and expanded the agreement for fall. The newest collection, Zanotti said, features about 50 styles and includes evening elements — from feathers to fur — on open boots, sandals and heels.