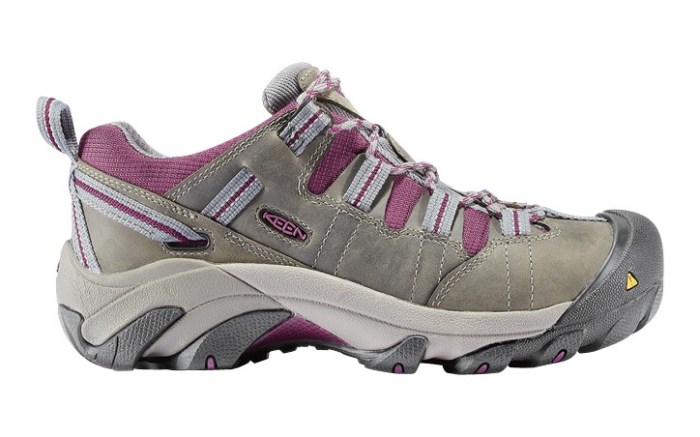 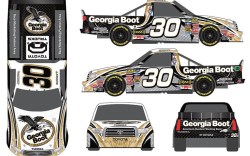 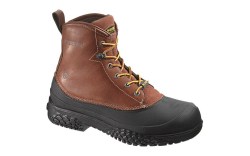 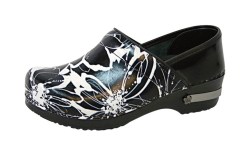 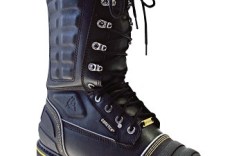 Feminine Instinct
Portland, Ore.-based Keen Utility is eyeing the ladies this fall with its first work style for women. The Detroit, an athletic-inspired style available in low and high versions, features a Dri-Lex lining to manage moisture, a torsion stability shank and a removable dual-density EVA footbed. Along with a rubber toe bumper and oil- and slip-resistant outsole, it comes with a contoured heel lock for security on ladders and slippery surfaces. In addition, the shoe meets the American National Standards Institute’s electrical hazard requirements. Set to deliver in July, the boots retail from $125 to $130.

Muddy Waters
Getting down and dirty will be easier for workers with Wolverine Swampmaster, a series of boots designed to perform in mud, rain and dirt. The two looks — a 6-inch laceup and wellington style — are done in a shell composition to help prevent dirt and mud from collecting, while shafts are made of waterproof full-grain leather. Aggressive outsoles provide enhanced traction and stability. The boots are lined with waterproof and moisture-wicking materials and feature removable polyurethane footbeds. Available with both composite and steel toes, the boots retail for $125 to $155. The Rockford, Mich.-based company has slated delivery for August.

Team Work
Sanita Clogs in Temecula, Calif., is joining forces with scrubs brand Koi for women’s duty footwear that coordinates with the colorful uniform line. Offering Sanita’s signature comfort features, such as arch supports and anatomical footbeds, the collection will carry the American Podiatric Medical Association Seal of Acceptance. The series includes clog styles in a variety of novelty textiles and leathers. Set to deliver in September, the line retails from $100 to $130 and will be sold in uniform shops.

Safety Minded
Nelsonville, Ohio-based Rocky has headed into the mines for the launch of its Hard Ass Miner (H.A.M.) boot. Designed with an internal metatarsal guard and a steel toe, the 13-inch boot features triple-stitched, 2.2-millimeter full-grain leather and a Lenzi protective plate that is more flexible than steel and doesn’t transmit heat or cold. The molded heel and toe guards provide abrasion protection. The upper has zinc-cast eyelets and ankle padding for extra comfort. In addition to a Gore-Tex lining and 400 grams of Thinsulate Ultra insulation, a Vibram outsole with strategically placed lugs offers better traction and braking. Retailing at $340, the boot will deliver in June.

Spending Allowance
As the economy begins to turn around, today’s workers are showing signs of increasing their footwear spending. According to The NPD Group of Port Washington, N.Y., the 2010 overall sales volume for work, occupational and safety footwear increased 11 percent to $1.19 billion compared with the previous year. Of all the men’s boots sold in 2010, those three categories accounted for 40 percent of sales. And results from a survey conducted by NPD said men would be willing to pay an average of $18 more for workboots.