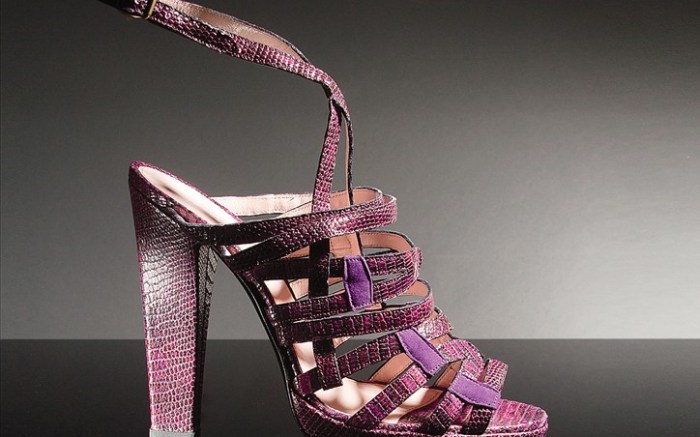 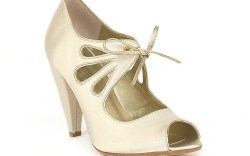 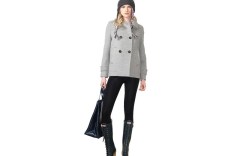 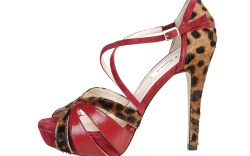 Jet Setter
Newcomer Monika Nyzio will land in stores for fall ’11 with a footwear collection inspired by travel hot spots Paris, Vienna and São Paulo. Blending textures with masculine touches, the 19-style line includes boots, flats and pumps made from large grain leather, wool-blend felt, printed lizard and quilting with accents of pony hair, pebbled leather, crystal beads, suede and shredded feathers. The Vigevano, Italy-made collection is set to retail for $350 to $895 and is being targeted to high-end department stores Saks Fifth Avenue, Nordstrom, Bergdorf Goodman and Barneys, and boutiques such as Intermix and Chuckies New York.

I Do
Seychelles will share its love story this fall, when it debuts bridal and special-occasion footwear. The collection, inspired by women who opted to wear the Seychelles core line on their special day, includes three styles in traditional white, ivory and neutral satins with vintage touches such as cutouts and bow embellishments. All three looks — a closed-toe pump, ankle-strap heel and sandal bootie (at left) — are expected to retail for $100. The line is slated for a May delivery and will be sold at Nordstrom, DNA Footwear in Brooklyn, N.Y, Modcloth.com and Piperlime.com.

Covering Up
Hunter Boot is suiting up this fall. Known for its iconic Wellington rain boot and growing leather footwear collection, the brand has added outerwear to its offerings with a selection of parkas, trenches, quilted and down jackets, rain slickers and wool coats for women, men and children. In keeping with the brand’s identity, the jackets feature red piping, branded hardware and stitching, logo linings and faux horn and metal buttons. The 12 women’s styles will retail for $195 to $650; the nine men’s looks are priced between $325 and $625; and five children’s styles will sell for $125 to $325. The line is being targeted to high-end accounts, including Neiman Marcus, Saks Fifth Avenue and Bloomingdale’s.

English Sole
British ready-to-wear and footwear brand L.K. Bennett is breaking into the U.S. market for fall. The women’s collection will consist of 57 styles in varying heel heights, meant to go from morning to night. Tweed, suede, pony hair, patent, satin, shearling and velvet are used on flats, wedges, heels and boots. Priced between $175 and $795, the brand will be sold at the L.K. Bennett boutiques in Chicago and Atlanta, as well as four Bloomingdale’s locations and other high-end accounts.