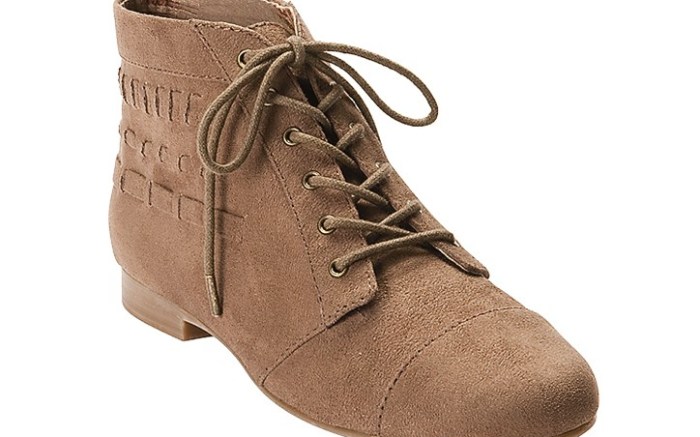 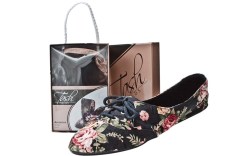 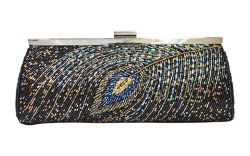 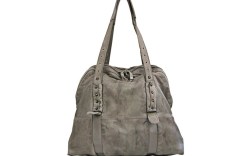 Flipping Out
O’Neill Girls will debut a new look for fall. The Irvine, Calif.-based brand, which launched as a flip-flop line, will now include more than 25 styles of casual flats, wedges, slip-ons and boots. Inspired by romance and the roughness of the Wild West, the styles mix elements of five trends called “True Romance,” “Vintage 1970s,” “Desert Rose,” “Pretty Tough” and “Navajo.” The line will retail for $35 to $80 and will be available on Zappos.com and in department stores and surf shops such as PacSun.

On a Roll
For women on the go, Chino, Calif.-based Tash Limited has launched foldable flats. Tash Folds are available in metallic, floral and glitter styles and are designed to easily fit in a purse. Retailing for $25 to $40, the flats will be sold at Tashlimited.com, Shoebuy.com and specialty boutiques beginning this month.

Bag Bound
Nina Footwear has moved into the handbag market. The New York-based company, known for its special-occasion shoes, launched a complete collection of clutches, wristlets and minaudières for fall ’11. The 85-style line, which also includes day-to-evening looks, is detailed in satin, faux crocodile and snakeskin, with mesh, sequins and beadwork. Priced between $50 and $150, the collection will be targeted to department stores and independent retailers globally.

Tote Around
PLV Studio is expanding its handbag offering for fall ’11. The New York-based firm tapped industry veteran Kenny Horowitz, who has worked at Steve Madden and Kenneth Cole, to roll out new bag collections under Kelsi Dagger and KDNY, and to revamp the Pour La Victoire collection. Each line comprises about 20 styles of totes, messengers, cross-body bags and satchels. KDNY, which includes feminine chain details and dress looks, is priced between $55 and $125. The more casual Kelsi Dagger collection (at right) is priced between $150 and $400 and features washed and distressed leathers embellished with knot details, stitching and fringe. Both lines are aimed at large retailers, such as Macy’s, Dillard’s and Lord & Taylor. The Pour La Victoire line, which launched last year, has been retooled to reach a more sophisticated customer and uses pony hair, embossed alligator prints and patents. The line retails for $200 to $500 and will be targeted to high-end accounts, including Saks Fifth Avenue, Neiman Marcus, Nordstrom and Bloomingdale’s.