Wolverine Looks for Bright Year Ahead 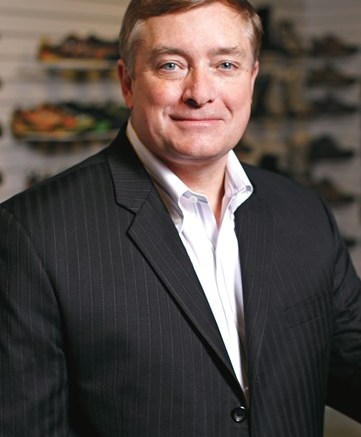 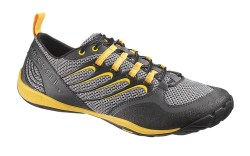 NEW YORK — Analysts last week said Wolverine World Wide Inc. is off to a running start in 2011, thanks to momentum in the higher-margin end of the business and a favorable shift in its product mix.

“Their overall spring backlog is up 38 percent, a figure that is better than the industry average,” said Mitch Kummetz, analyst at Robert W. Baird. “It’s indicative of how strong their brands are, and the Merrell piece is probably the strongest, with the Barefoot Collection definitely contributing to that.”

Wolverine CEO Blake Krueger said on a conference call with analysts that as of year’s end, the backlog for Merrell Barefoot was roughly 400,000 pairs, exceeding all previous product launches for the brand, even that of the now-iconic Jungle Moc in 1998.

“Four hundred thousand pairs is a big number. Assuming an average price point of $100, that means a wholesale price point of $50, so you can think of it as a $20 million business, and that’s just for the spring-summer,” said Kummetz.

The Merrell Barefoot Collection is being delivered to retailers this month.

Meanwhile, Wolverine’s fourth-quarter sales saw broad-based, double-digit growth. Asia Pacific was the fastest-growing region with a 39 percent jump in sales, followed by Latin America at 17 percent and Canada at 16 percent, according to Donald Grimes, SVP and CFO of the company.

And the Outdoor group, the company’s largest revenue and earnings generator, consisting of Merrell and Patagonia, saw sales swell 22 percent to $134.9 million in the fourth quarter, and they rose 12 percent to $467.6 million for the full year.

Wolverine’s e-commerce business also had a good year, achieving a sales increase of more than 50 percent. “We view our Consumer Direct business as a huge growth opportunity for the company as it only accounts for about 7 percent of our reported sales,” Krueger said.

Turning to costs, the firm anticipates product cost increases in the mid-single-digit range for the first half of the year and the upper single-digit range in the second half. Grimes said this would translate to a negative impact of between 200 and 250 basis points on gross margin.

“[But] we expect higher product costs [to] be offset both by positive mix shifts across brands, geographies and channels, [and] from selling-price increases,” he added.

Wolverine also stated that it “continues to seek the right brands to add to the portfolio, although we will remain disciplined to pursuing acquisitions and shareholder value.”