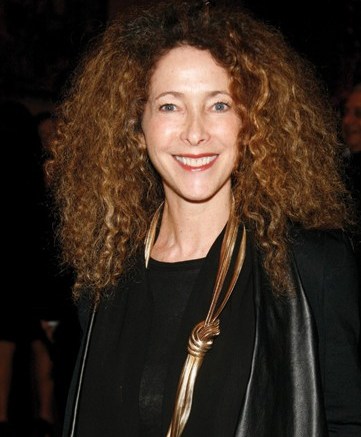 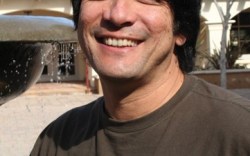 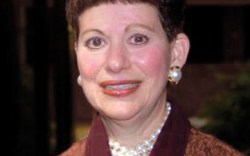 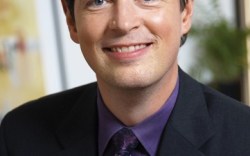 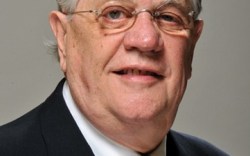 Footwear’s largest trade markets are looking forward to brighter times as they head into the spring ’12 season.

Show organizers told Footwear News that after several seasons of doldrums, buyers and vendors are approaching spring with a renewed enthusiasm and optimism, albeit with realistic expectations of the current economic climate. And all said, they expect a larger turnout for both exhibitors and retailers at this season’s events.

From seminars addressing rising sourcing and raw material costs to new mobile phone apps designed to help buyers better navigate show floors, organizers said their goal is to help retailers make the most of their time away from their stores.

FN spoke with the heads of the major shows to find out how they’re faring heading into spring, how they’re helping buyers prepare for the markets and what attendees can expect to see at the events. Chris DeMoulin, president of Magic International; Kenji Haroutunian, Outdoor Retailer show director; Elyse Kroll, chairwoman and founder of ENK International; Joe Moore, president and CEO of FFANY; and Laura Conwell-O’Brien, show manager of The Atlanta Shoe Market, voiced their thoughts on the upcoming season.

What are you hearing from buyers and exhibitors going into the spring shows?
CD: Everybody is really excited. Everybody wants to see more new [product]. Everybody is in a mood to be inspired about what’s coming next.
KH: Generally, there is a rejuvenated sense of optimism. We’re out of that foxhole mentality.
EK: Across the board people are [still] concerned about the economy. While brands and retailers are optimistic, they’re going forward with caution.
JM: Everybody is on this track of being more positive, but nobody’s business is off-the-wall excellent. [But] people are remaining very positive.
LCO: From what I hear, business is picking up a bit. Retailers are utilizing the shows more and more, and hopefully [will be] writing orders at the shows.

How is early registration looking?
CD: Everything looks terrific. Pre-registration is up. I would say it’s looking very, very positive and we’ll have a good increase in buyers at the show.
KH: We’re back to unprecedented demand for space. We’ve outgrown the Salt Palace and we’re in negotiations for a temporary building that we would erect and tear down after the show. It would hold 250 booths. That’s the level of demand we’re back to.
EK: It’s too early [to tell]. But from what we can feel, our turnout is only going to be better than our last one.
JM: Registration for vendors is very strong. We’re substantially ahead of last year.
LCO: We’ve seen increases of 15 percent to 20 percent over the past several years in retailer attendance. During these bad times, we have not seen a downturn.

How are you using social media, phone apps, blogs and the Internet to enhance the show experience?
CD: We’ll be putting out a list of our bloggers beforehand so people can start following them before the show, at the show and after the show. There also will be shoe bloggers and blogger lounges in every single show.
KH: We’ve been on a bit of a tear with that for the past several years. We have a mobile app that has the floor plan and updated seminar listings, in real time.
EK: We’ve debuted an app that gives everyone complete accessibility to the floor plan and to the brands. If you want to go somewhere, you just type in the name and it’ll show you where they are in the hall, and it also will take you to their websites. And we do a lot online: blogging, tweeting and everything you can possibly do.
JM: We’ve really developed this show planner for people to plan their trip better, and that’s really getting used now. We’re adapting it to the iPhone so it’s very handy for buyers to use. That will be up and running by the August show. We’ve got an employee dedicated to social media. We’re really learning to use this more and more every day: Twitter, apps, Facebook, everything.
LCO: We’re just in the beginning part of social media. I was not really thinking that it was something needed in our industry. However, I have changed my mind. I was wrong. It’s something we definitely need to take advantage of. That is something we’re definitely going to do going forward.

How important are educational events, networking opportunities and off-the-show floor happenings to your shows?
CD: In some ways, they are more important than they used to be. There are a lot of people who come to the show specifically to go to an educational event. We had more than 5,000 people attend our seminars at the last show.
KH: [Compared with] past shows, they are somewhat more important now. The pace of change in business has increased quite a bit over the past decade. To keep up with changes in the business landscape, you really have to pay attention and not blink. It’s become more important to come to the show to tap into those trends.
EK: The reason they’re so valid is that people want information and people like to go to events at the show after hours. The footwear industry is a very tight one and they like being with each other, they like socializing and being part of the charity programs such as Soles4Souls and Two Ten Footwear Foundation. All these events are very important to the footwear industry.
JM: Our emphasis [on events] is purely social. We have chosen over the years to not do those educational programs that take up mornings and lunches. People in this market prefer to spend their time working.
LCO: [Educational events are] very important. I know if I was a buyer I certainly would want to know what the trends were going forward so I would know how to buy for the upcoming season.

Are you addressing rising sourcing costs?
CD: The big way we can address this is through education. Having a sourcing show that happens at the same time as our fashion shows is a big benefit to the exhibitors.
KH: We have covered that in a seminar series and there will be more of that this time.
EK: As part of our seminar series, there will be three or four [discussions dedicated to] this topic.
JM: Unfortunately, we’re not the type of organization that can step in and have any influence there.
LCO: At the end of the day, companies are looking at their bottom lines, and that’s making them take a close look at trade shows to figure out what’s best for them. The best thing we can do is offer them a great show to sell more product.