What Is Footwear’s Social Status? 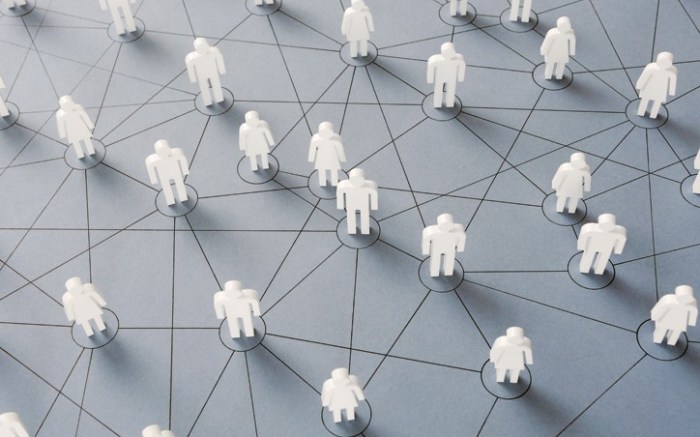 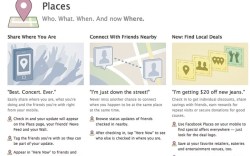 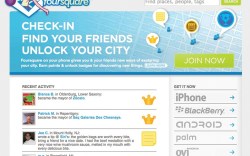 If 2010 marked an explosion in the use of social media, 2011 promises to be the year when footwear companies radically expand their digital footprint in an effort to better connect to consumers and drive measurable returns.

One of the best examples is the adoption of Foursquare among key shoe players. The geo-location app is helping companies devise clever and innovative marketing programs that translate into bottom-line sales.

For instance, Jimmy Choo’s “CatchAChoo” game last year was a real-time treasure hunt where participants had to physically chase a pair of the brand’s new trainers around London using location-based clues from Foursquare.

An employee of Jimmy Choo’s agency, FreshNetworks, “checked in” the trainers at fashionable hangouts around the city and sent out real-time updates about their whereabouts on the CatchAChoo profile on Foursquare, as well as on Facebook and Twitter. Whoever reached the venue in time to catch the trainers won a pair in their size; the hunt lasted for almost three weeks until the trainers were finally caught in Covent Garden.

But even as Foursquare and its competitors Gowalla, Loopt and Facebook’s Places application have proven themselves as valuable tools, they aren’t without their drawbacks, marketers said.

A common point of concern raised by those who are considering Foursquare or similar sites is that the business model relies on users earning and cashing in coupons in exchange for their participation.

“We don’t want to use these platforms to provide deals or discounts; we want a partner that will help us [encourage] people who are already interacting with us digitally to continue that conversation in a physical environment,” said Tim Aceves, marketing coordinator at Ugg Australia, part of Deckers Outdoors Corp., who pointed out that discounts could offset sales gains from using these tools.

Chris Murphy, head of digital marketing in the U.S. for Adidas, also said he wanted to avoid creating a situation where consumers are conditioned to expect that every store visit nets a special deal. “We want the offer to be loyalty-based, not promotion-based,” he said.

But that problem could soon be mitigated by a new crop of product-based check-in applications, which could have big implications for consumer-product companies, said Dora Chomiak, a partner at Inflection Point Strategy, a consulting firm that helps organizations make the most of their digital footprint.

Sites such as StickyBits, for example, allows members to share the products they’re using — and wearing — as opposed to their physical location.

“You take a picture of a bar code and you’ve checked into that product, letting everyone know what you’re drinking right now or, conceivably, what you’re wearing today,” said Chomiak.

In 2010, Sanuk created a high-profile Facebook campaign designed to drive daily repeat visits to its page over a defined time frame. The label, which prides itself for being a “little bit goofy [and] lighthearted,” invented its own holiday last year: the 12 Days of Sanukness.

Each day over the 12-day period, the firm held a drawing to give away product to its Facebook visitors. And each day it saw between 300 and 400 entries, and 275 comments, added to the page. In total, the campaign delivered 100,000 brand impressions, according to Rachel Gross, social-media manager for the company.

Adidas, too, found that building a Facebook campaign around an event with a beginning, middle and end could have a big payoff. Seeking to capitalize on the most buzzed-about event of 2010, the company built a “Fans of the World Cup” area on Facebook that was a “great success,” said Murphy.

“We wanted to make sure it was highly relevant to an American audience,” said Murphy, whose aim for the page was to connect Adidas with fans of Major League Soccer and to help build a “soccer nation” in a country where the world’s most popular sport has struggled to gain a mainstream foothold. This U.S.-friendly flavor was achieved by allowing visitors to interact with the American team and by recruiting superstars from more-familiar sports — Dale Earnhardt Jr., Reggie Bush, B.J. Upton — to explain and enthuse about the game.

To make sure fan engagement wouldn’t end after the 30-day event, Adidas pointed fans to a permanent fan page about all things soccer.

And to build on its successes with the sport, it also has launched a fan page for high school athletes, which has already attracted more than 85,000 fans. More single-sport fan pages are in the works, said Murphy.

Other established Internet portals such as YouTube are getting new life as marketers devise new ways to measure and monetize consumer involvement with their content.

Adidas, for example, has learned that it’s possible to push the social aspects of YouTube far beyond just commenting on and sharing video. In partnership with the site, it recently built an interactive experience where participants, after watching a commercial, could match their basketball skills against Derrick Rose in a video game.

“Look at Hewlett-Packard, which is now doing a live improv show on YouTube, or Johnnie Walker, which has a popular six-minute documentary about the firm’s founding. This content is so cheap to produce — even in a long format — and you have millions of fans giving you their attention for lengths of time that you could never afford on television,” said Lauren Indvik from the blog Mashable, covering digital media.

And then there’s Twitter. While quantifying the impact of Twitter has always been an issue for marketers, Ugg last year found a way to measure the return on its efforts through a sweepstakes program it ran via the site.

In late October, the brand launched a “Fall Line Sweepstakes.” To enter, contestants had to follow “@UggAustralia” and tweet their favorite non-classic Ugg footwear, along with the hashtag “#UGGLove.” Once a week, over a three-week period, a drawing was held and a winner received a pair of their favorite shoes. The results? For the cost of three pairs of shoes, the number of followers in those three weeks went from a few dozen to 3,400.

Marketers also are bridging traditional tools, such as focus groups, with social networking sites to not only communicate their brand message but crowdsource product design ideas.

“We’ve done [crowdsourcing] in an informal way already, and we’ve had conversations about how we can do it in a more formal way in 2011,” said Eric Dreyer, VP of brand management at Airwalk. “We have a passionate group of creative consumers, and they should have a voice and a role in the brand.”

“I love the crowdsourcing idea and getting some support in the design phase from our customers,” said Zora Huculak, marketing director at Charles David. “Two-way communication can be scary, but we can learn from what our most-engaged customer has to say about what is and isn’t working.”

Some brands are taking the crowdsourcing leap with an interesting hybrid approach. Rather than inviting input from the social-media universe via a site like Facebook, Simple Shoes, also owned by Deckers Outdoor, initiated in October a “showdown” between its creative-services agency and members of Behance.net, an online community of creative professionals. The challenge: to create a new brand identity for Simple, which is celebrating its 20th anniversary in 2011.

“It’s a model we plan to continue with,” said Jaime Eschette, Deckers’ strategic outreach manager. “The cool part of this approach is that it’s both an innovative way to keep our agency on its toes and a new way to connect with a community of artists who are a big market for our shoes.”

But as marketers become more heavily invested — both strategically and financially — in social media platforms, experts are split on whether brands should attempt to develop their own social media tools, as opposed to using those already in existence.

Social-media consultant Giovanni Gallucci, for one, said any such attempt would amount to being a fool’s errand. “Do you want a presence at the biggest mall in town, or in your own store out in a cornfield? It’s a complete waste of energy, driven by ego more than anything else, for a company to try to compete with Facebook,” he said.

However, Jason Falls, principal of Social Media Explorer, disagreed: “It’s almost foolish to put all your social-media eggs in someone else’s basket, especially when they can decide to walk away with all your eggs unless you pay them a large monthly fee.”

While Facebook has made no announcements about any plans to charge for fan pages, it is a likely revenue model for the company, especially considering that an oft-quoted study conducted by Virtue, a social-media software company, found that one fan on the site is worth $3.60.

While few footwear makers have a full-fledged social-media effort under way on their own site, Charles David does have a “My Picks” feature that allows people to choose their favorite styles and share their selections with friends. “People were using it to create wish lists, and this Christmas, boyfriends were coming into stores with it,” said Huculak.

Regardless of where the social-media path leads in 2011, it’s safe to say footwear firms will be leading the pack because in the ever-evolving world of new social sites and apps, to fall behind is to be left out of the conversation.