What Color Can Do for Sneakers 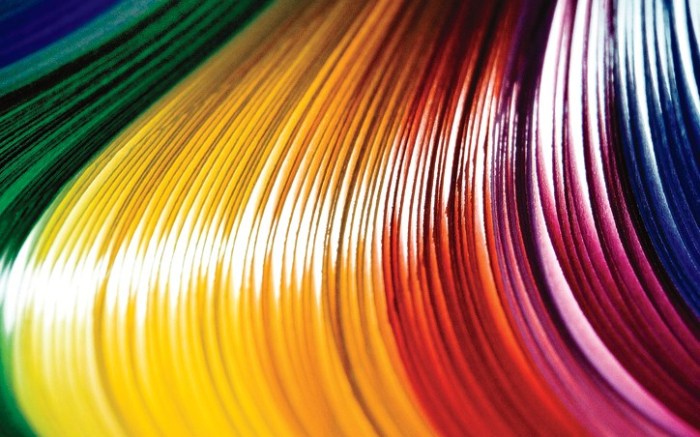 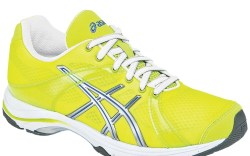 In fashion circles, color plays a starring role, but in the performance world, it has often taken a backseat to technical features. However, with the rise of bright, lightweight shoe styles — and the fact that bold shades are finding fashion favor — color has taken on an even more prominent role in the athletic and outdoor worlds.

Design experts from those two categories told Footwear News that color trends and usage play a major role in communicating function, differentiating product and convincing the consumer to buy.

“In athletic, so much emphasis is on performance and fit, which is the primary goal, but I really do believe that right alongside that [in importance] is the look, the appeal, the aesthetic,” said Nancy Hirata, merchandise manager for footwear at Irvine, Calif.-based Asics America.

Dan Fitzgerald, owner of the South End Athletic Co. running store in Boston, said customers definitely gravitate toward brighter colors, and the store sees a bump in sales when certain shoes come in unique or standout colorways. “Everyone wants something that looks like the fashion shoes,” he said.

“Color elicits a fundamentally emotional response in everyone,” echoed Tahnee Swanton, color and materials designer for footwear at Bothell, Wash.-based running brand Brooks. “Everyone is going to have a response to the colors, and that will affect their perception of the shoe itself.”

Customers have been trained to associate different hues with each gender and even to assign colors to certain uses. In running, for example, white shoes with color accents are for road running and the gym; black and gray uppers are for the trail; and all-over brights are for track spikes.

But color can play a more subtle role in teaching customers about the product’s function, even before the customer talks to a salesperson or reads a hangtag. “It can be a way to call out technology and branding,” Swanton said.

Flowing colors can “create a sense of movement, a sense of energy,” she added. “There’s a line that flows from heel to tip in a shoe. If I emphasize that line, the shoe has a forward motion feel. For a shoe like the [Brooks] Beast, a support shoe with pieces providing stability and pronation correction [on the upper], we want to call attention to those pieces. Aesthetics make it intuitive what that product does.”

For Merrell, color is a way to tap into those customer associations and make a statement about the product line. Burlington, Vt.-based consulting firm JDK has worked with Merrell on color choices for almost 30 years. “The influence of athletic into the outdoor sphere grows stronger and stronger, and [outdoor brands] want to telegraph to the outdoor audience that they are connected into this athletic movement,” said Jim Frazier, director of product for JDK, adding that Merrell uses bright shades on its most lightweight, directional product to make a statement.

Color also can reinforce a consumer’s sense that a product suits their needs, said Doug Smiley, running buyer at Boston-based sporting goods chain City Sports. “When someone does try crazy color in stability, it doesn’t stick,” he said, noting that basic, traditional colorations drive the bulk of the business in stability and pronation control shoes — a market that tends to appeal to a more traditional, and perhaps conservative, runner. But for the minimal product — a newer category that has attracted a tech-obsessed, progressive runner — the equation is flipped: The brighter, more aggressive colorways dominate the pairs sold. “There’s a certain expectation, and it’s not a standard white-blue shoe,” Smiley said.

Of course, the performance world is subject to the same trends as the wider fashion world, and designers said some global trends will be strong in athletic and outdoor technical footwear in this year and beyond.

“We are seeing a boldness of color. People are using [it] to telegraph that true optimism, that they can control their lives, make a difference and have fun,” Frazier said.

And in keeping with the industry-wide trend toward more minimal, stripped-down styles, color also will be applied in new ways, designers said. “You’re going to see more diversity and a little more playfulness: more colored midsoles and laces and cleaner colorblocking,” Swanton said. “There will be a focus on where the color is. Instead of putting it in all different places, going forward we’ll see a clean, simple upper with particular areas that are the color focus.”

Hirata agreed: “As we see design become a little more minimal, in that same light, that’s how I apply color: more simplistic, with a little more color.”

That could even carry over to placing strong colors in proximity, Frazier said, something that was more popular in the more optimistic years before 2007. That use of bright color will show up even on more casual, less pinnacle athletic styles, he added. “In the lifestyle segment, [you’ll see] color in a very surprising way — in linings and details, and interior coloration. To the audience, it’s that surprise inside that really gets them energized about wearing the shoe.”