Wellness Brands Reach Out to Men 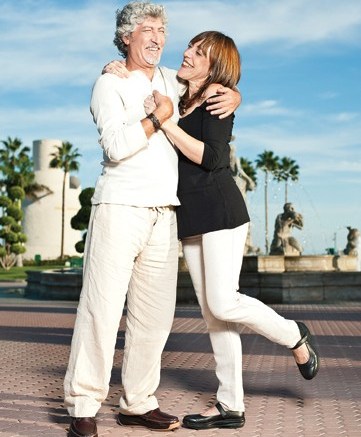 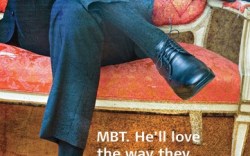 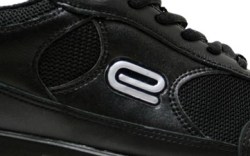 When it comes to footwear, the sexes stand divided.

While the wellness category’s toning message has resonated with women, men have been a tougher sell. To more effectively connect to male consumers, wellness brands are focusing on their technology stories and reaching out to high-profile athletes for endorsements.

“Guys see the toning message and they shudder,” said John Thierry, owner of Z-Coil Comfort Shoes of Dearborn, Mich. “They look at ads with nice-looking women in short-shorts and tight tanks.” But, he added, they can’t relate to what the shoes offer. So the key is showing them something different.

Focusing on the technical aspects of its Sano wellness line has given Franklin, Tenn.-based Mephisto an edge, said President Rusty Hall. “If there’s one place where we’ve tried to [lure men], it’s by explaining the technology through POS materials,” he said. “Even a video stream in Mephisto stores highlights the technology. Women want to know the [shoes’] benefits, but not how it works.”

Wellness newcomer Tenevis, which launched its men’s collection this spring, is also adopting a high-tech message. “Our POS materials are all directed at our technology,” said David Corsi, president and COO of the Carlsbad, Calif.-based brand. “And our technology will sell the men.” On the brand’s website, Tenevis.com, a video shows Dan McCarthy, head of design, spotlighting each of the components used in the footwear and the benefits they claim to deliver.

Other brands are turning to the medical community to communicate their messages. Karen Abeid, owner of R.L. Shoe Co. in Corville, Wash., said working with podiatrists has helped validate the category for men. “It brings guys in,” she said, noting that local podiatrists often suggest brands such as MBT to their patients. “Women are open to buying anything. Men will buy [something new] if their feet are hurting and the doctor recommends it.”

And while most brands can’t yet measure the impact of their male-focused marketing initiatives, others such as Skechers have been able to make that connection. The brand targeted men with a series of Shape-ups ads featuring former football pro Joe Montana last year and recorded a significant uptick in sales thanks to the TV spots. “[Montana] was an icon in the demographic we wanted to reach,” said Leonard Armato, president of Skechers Fitness Group in Manhattan Beach, Calif. In the commercials, Montana suggests that after wearing Shape-ups, he might be in the physical shape required to return to football.

“Men started buying the product,” said Armato. “Joe sparked the men’s business. It’s the same basic [wellness] message [for women], but packaged in a way that resonated with men.” Based on the success of the Montana spot, Skechers is following it up this year with a global campaign featuring Wayne Gretzky and Karl Malone.

Like Skechers, Ryn, distributed by Boise, Idaho-based Novascarpa Group, believes in the power of sports legends. Last July, Ryn participated in the annual American Century Championship as a product sponsor. Those who stopped into Ryn’s suite to try on a pair of shoes included Jason Kidd, John Elway and Aaron Rodgers. The company then incorporated photos from the event into its POS materials, including in-store banners.

The one-time sponsorship can have a long-term impact, said Terry Stillman, CEO of Novascarpa Group. “When men walk in stores and see their icons, it gives more authenticity to the brand,” he said.

In fact, prior to the campaign, Stillman noted, “men thought of [Ryn] as a silly gimmick for women.” But based on the success of the sponsorship, Novascarpa plans to use the same strategy next month with sister wellness brand Joya.

When reaching out to men, vendors said, sometimes a knowledgeable sales associate will do the trick.

Dave Aznavorian, VP of marketing for Earth Footwear in Waltham, Mass., said the company’s sales reps routinely train associates on the floor regarding the shoes’ reported health benefits, such as stress reduction on joints. “[The message] is more tailored to what men are going to value,” said Aznavorian.

And Clarks tapped sales associates to explain the wellness features of its Wave collection. “The grassroots way is the most successful,” said Glen Arentowicz, VP of men’s product for the Upper Newton Falls, Mass.-based company.

Even so, said Celia Tellez, co-owner of Total Relief Footwear in Austin, Texas, brands should not ignore the look of the shoes, as men can be as adamant about styling as women are. “They [still] want extreme comfort and sensible styling.”