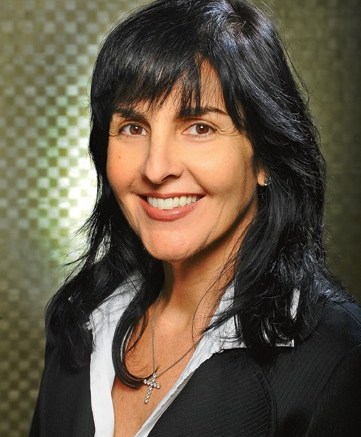 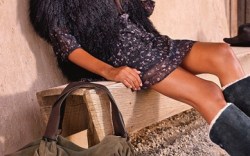 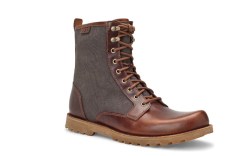 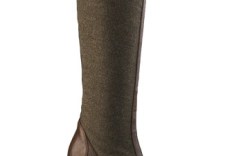 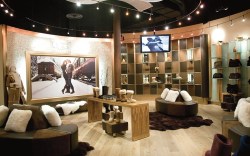 LOS ANGELES — How far can Ugg go? A long way, according to brand President Connie Rishwain.

Heading into fall, the Deckers Outdoor Corp.-owned label is preparing to debut a made-in-Italy collection, as well as further build its men’s business, unveil a dramatic international push and rapidly expand its store base.

The growth of the brand already helped Deckers make history at the close of 2010 by topping $1 billion in total sales. Of that sum, Ugg contributed $873 million.

“To actually hit that milestone was really huge to me,” said Rishwain. “It means we’ve arrived. We’re a big company now.”

And for Rishwain, the largest opportunities are still ahead.

For example, the brand’s new made-in-Italy collection of high-fashion sheepskin boots will propel Ugg into the couture departments and shoe salons of many top department stores, including Nordstrom and Saks Fifth Avenue.

“The customers are loyal and love the Ugg brand and are always looking for something new,” said Tracy Margolies, VP and DMM of women’s footwear at Saks.

Rishwain said the theme of the Italian-made collection, priced from $500 to $1,200, is rugged luxury. “They’re definitely not dress shoes,” she explained. “It’s got the heritage of Ugg, but it is a big departure from what traditional Ugg boots look like.”

Attacking the men’s market is also a major goal. In addition to a new campaign featuring NFL quarterback Tom Brady, the company hopes to show male consumers that the brand offers an array of styles made specifically for men that are distinctly separate from the main Ugg offering.

“We haven’t really marketed to men at all and we’re doing that for the first time in a big way this year,” Rishwain said.

That could mean a substantial opportunity for the brand, said Susquehanna Financial analyst Christopher Svezia. “Evolving the merchandise and marketing in other categories will hopefully resonate with the male consumer,” he said. “The opportunity is wide open. The big opportunity unfolds next year after [new products and marketing has been in the market] a full year.”

And in the core Ugg line, too, the product offering continues to grow. “We’re continually expanding beyond boots and slippers,” Rishwain said. “We have great casuals, various types of boots and casual sneakers for men. When we bought the brand in 1995, it was sheepskin boots and slippers. It’s so much more than that today. There are so many categories within the brand. We have fashion boots, riding boots, wedges, equestrian boots, wood-bottomed clogs, booties, sneakers, sandals and more.”

In all, Rishwain said, Ugg will offer more than 600 different styles for fall.

International operations are also in overdrive as the company attempts to seize opportunities in the U.K., Asia and elsewhere.

On June 1, Deckers brought in Steve Murray, former Vans president and head of VF Corp.’s action sports division, to serve as president of Europe, the Middle East and Africa. He will be based out of the U.K. office.

A focus on global markets also is evident in Ugg’s retail store openings. This year, the brand will bow 16 locations, bringing its total to 45 stores by year end. Most of the openings will be in Canada, China and Japan. “We’ve barely scratched the surface in some of these areas,” Rishwain said.

FN: Given all of Ugg’s recent success, can it continue to grow at its current rate?
CR: We definitely have a long way to go. I’m not sure the percentages will be the same. Obviously, growing the brand 20 percent every year might not happen because your numbers are so big, but I still see a lot of opportunity over the next five years. We’ve developed a lot in the U.S., but we haven’t overseas, and our retail business is relatively young.

FN: How are rising sourcing costs impacting your business?
CR: It’s going to be a challenge for everyone in 2012. We’re just dealing with it now. We haven’t determined our pricing for next year, so it’s premature to say. Prices will go up, but I don’t think you can pass all of it on [to retailers and consumers] either.

FN: When you think about growth, is it about selling to existing Ugg consumers or attracting new ones?
CR: It’s both. The core consumer loves the brand. We knew she loved the brand, but [it turns out] she really loves the brand. Those consumers have anywhere from four to eight pairs. The possibility of selling her different products and accessories is a big growth opportunity.

We also discovered [vast numbers of] people who haven’t tried it yet but are interested in trying it. We call those “prospects.” They haven’t bought yet because they don’t want the traditional sheepskin boot. They want fashion or accessories, so it’s about marketing to them and teaching them about all the other things we have in the line. The actual sheepskin boots make up only 33 percent of our styles. We have a huge fashion offering now, [including] sneakers, slippers, knits and cold-weather products. All of those categories are growing faster than the traditional boots. Most of our marketing is geared to the “prospect” and showcasing the non-traditional Ugg boot. Then, of course, there is the “male prospect.”

FN: What’s your strategy for attracting male consumers?
CR: Men perceive us more as a women’s brand. We have to get past that barrier. Our men’s business is so completely different from our women’s. While we sell a lot of sheepskin boots in our women’s line, in men’s our best-selling styles are our slippers and our cold-weather products and our leather boots. We have really got to market that product and educate men that Ugg is for men. We’ve been spending time and money on consumer research to find out how to speak to men.

FN: What have you come up with so far?
CR: We’re still finalizing our plans for fall, [but] Tom Brady will be at the center, and will be pivotal to whatever we do. This is something that will impact [our] retail [stores] for the fall, and maybe wholesale the following year. The Tom Brady partnership will be the largest men’s marketing initiative to date. Together with a multimedia campaign, the new fall ’11 collection [for men] moves well beyond the classic boot and builds the foundation for masculine, accessible and stylish footwear. The multimedia campaign includes print, outdoor and digital.

FN: How did the Tom Brady deal come about?
CR: Not only is he successful in his own field and well known and extremely good looking, he has a great reputation. He’s a guy’s guy and he would make it cool to wear Ugg. That’s our hope. We’re excited about it. We did a consumer focus group and we had a good response to Tom, which we assumed we would. He was definitely our first choice.

FN: Tell us about the made-in-Italy collection.
CR: It just takes the brand up a notch. We put this together late last year, so we didn’t [sell into retail] as much as we would have if we’d started earlier. We have a complementary handbag line to go with it. It also will have a dedicated advertising campaign.

FN: What opportunities could this collection open up for the brand?
CR: The collection gives us an opportunity to work with new retail partners and for customers to go deeper into the brand, allowing them to discover an entirely new side of Ugg.

FN: Do you worry about the timing of introducing higher-priced product in this economic climate?
CR: No. We don’t sell an unlimited quantity or sell to everyone, so we treated this [as being] very special. It’s very limited. There will be one delivery and no [reorders], so we can make sure people are successful with it. We want people to sell through and be happy with it, and then come back next year for more. We’ll have a collection like this every season.

FN: Did the Jimmy Choo collaboration help you test the high-end market?
CR: It was really great for both brands, and I’m really happy we did it. I feel like I’ve made a lifelong friend in Josh [Schulman, CEO of Jimmy Choo].

FN: Were you disappointed that some of the styles didn’t sell particularly well?
CR: Some did and some didn’t. The highest-priced ones and the lowest-priced ones sold the best. It shows you the consumer will pay if they love the shoe. In the middle [tier], they looked more like [traditional] Ugg boots with embellishments and they probably would have sold better at a lower price.

FN: How do you plan to build your international business?
CR: We’ve been selling in Europe for 12 years. This is the first year we actually took over two of those markets and turned those into subsidiaries, in the U.K. and Benelux. We have our own employees there and are wholesaling there ourselves. We did that in Japan the year before. It’s a big deal for us.

FN: What other global markets are you emphasizing?
CR: We have barely scratched the surface in some of these areas, such as China. We have a joint venture with our retail stores there, but we really don’t have much of a wholesale business there. That’s a huge opportunity. Japan is a huge opportunity, [and so is] Taiwan. There is a lot of opportunity for international in general. We’re not looking to convert all our distributors to subsidiaries, but we are looking to add some of these markets over the next few years. South America is another opportunity, and we’re just diving into that, into Mexico and maybe Chile for next year.

FN: What is the growth potential for the brand moving forward?
CR: The sky is the limit. We have so much opportunity. The possibilities for the next five or 10 years are just amazing.