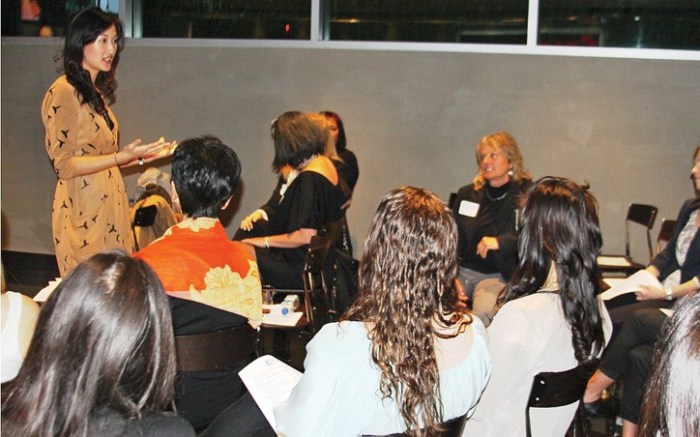 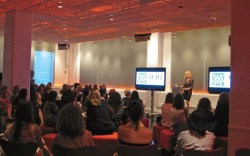 NEW YORK — The Two Ten Footwear Foundation will kick off the summer season by expanding its Women in Footwear Industry (WIFI) and Young Professionals (YP) programs.

Next month, the foundation will officially launch the New York regional WIFI group and host its third YP party.

“Two Ten is a platform to bring together community, and we just keep growing and growing,” said Patti Cohen, SVP of marketing and community. “The momentum is really gathering.”

WIFI, which launched as a national group last year, is targeting the New York region with an event at the Ogilvy & Mather building on June 8, from 6 p.m. to 8 p.m.

The evening will include a discussion on “Successfully Navigating Change,” featuring Debbie Garrow, VP at EA Hughes; Stacy Cunningham, corporate VP at Foot Locker; and Nancy Coons, president of Dearfoams. Erin Conroy, head of PR at Brown Shoe Co. and chair of the New York chapter, will moderate.

“We’re taking the benefits of WIFI National and bringing it to a local level, so we will be celebrating that,” said Conroy. “It’s an opportunity for women in the New York area who may not know each other to meet.”

The organization now has five local chapters, including groups in Los Angeles; Columbus, Ohio; Las Vegas; and Boston, where an event will take place on May 23. The national conference is slated for August.

Also on June 8, YP will hold a 1990s-themed event at Pop Burger in New York’s Meatpacking District, from 7 p.m. to 10 p.m. The music, memorabilia, treats and trivia will all pay tribute to the decade, according to YP founder and Deer Stags creative director Alison Muskat. The evening also will honor Sam Edelman, who has been supportive of YP’s efforts, said Muskat. “A lot of young professionals are excited to mingle with Sam,” she said. “We will get an even better turnout [than in previous years].”

And Edelman is getting further involved with the foundation. The designer and his wife, Libby, recently donated $100,000 toward a scholarship fund to be named in their honor. That program will begin in the 2012-13 academic year.

“Libby and I are both so thankful for what we have learned and achieved in our journey, so we feel it is important to give back,” said Sam Edelman. “We could think of no better way to do that than to support Two Ten and the families of the industry that have been so supportive of us throughout our entire careers.”