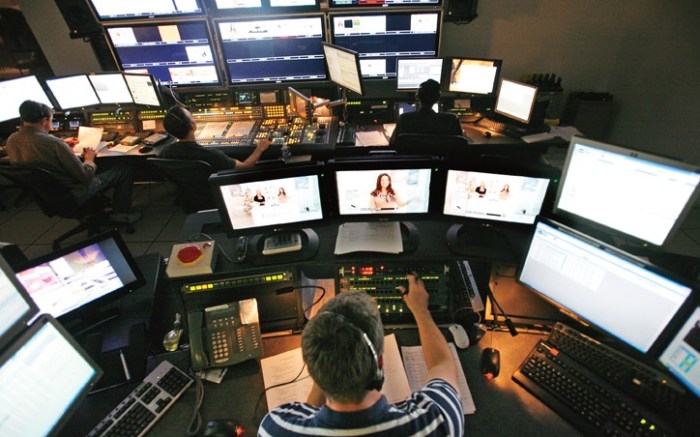 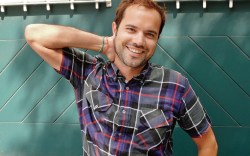 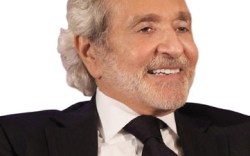 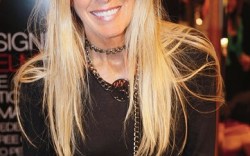 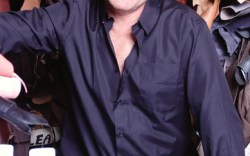 While cameo appearances on the Home Shopping Network have historically been a novelty, designers including Steve Madden, Donald Pliner and Libby Edelman now are becoming full-fledged media personalities, a move experts said is increasingly necessary to build exposure and connect directly with consumers.

“It’s important for designers today to get in front of consumers, and retail television is an incredible platform for doing that,” said Marc Beckman, founder and CEO of Designers Management Agency, a New York-based talent and brand representation firm. “Channels such as HSN reach more than 96 million U.S. homes. That’s real power, real value. There is huge opportunity in the retail TV space right now.”

So what makes someone a retail TV star?

According to John Bosco, SVP of apparel, accessories and jewelry for St. Petersburg, Fla.-based HSN, it’s all about being a good storyteller. Especially in this age of reality TV and celebrity worship, consumers crave a more personal connection with their favorite designers, a trend Beckman describes as wanting to “press the flesh.”

So, Bosco said, designers are encouraged to open up and share personal stories and inspirations for their products. “It makes the customer feel connected [to the designer] and gives her a sense she’s getting insider information she wouldn’t get in a traditional store environment.”

Edelman, who shares recipes and anecdotes about her family and even brings her dog on-air with her, likens appearing on HSN to hosting a coffee klatch. “I try to treat it as if I have invited the customer into my home and we’re sitting in my living room, drinking coffee and talking about shoes,” she said. “I like to be as personal as I can without embarrassing myself. I want people to say, ‘I met Libby on TV and I really like who she is and want to try her shoes.’”

Having good chemistry with the show host also is important, Bosco said. “Talking about a pair of shoes for six minutes is not easy, so the designer and host have to connect well. The back-and-forth banter is really what makes the segment entertaining and informative for viewers and ultimately inspires them to buy into a brand.”

To prepare its designers for their appearances, HSN provides basic on-set training. The goal is to get them comfortable with wearing an earpiece, knowing which cameras and screens to look at and differentiating their role from that of the show host. The company also partners with a media trainer, who is available for designers seeking additional coaching.

Many of the guests do their own prep work, too. Edelman, who typically makes four HSN appearances annually, uses flash cards to study up on the information she wants to convey about each shoe being featured. Vince Camuto likes to meet with the show host prior to the broadcast to get to know him or her personally and do a bit of brainstorming.

“We sit down together and go over the styles we will be selling [during the segment], as well as the feedback from customers who have preordered shoes, to understand how the women are reacting [to the product],” he said.

Still, the transition from designer to TV personality isn’t always an easy one for someone who is accustomed to working behind the scenes.

Matt Bernson, who made his first HSN appearance last fall and describes himself as being somewhat shy, said his No. 1 goal while on-air is simply to speak in coherent sentences.

“I don’t want to stammer around on live TV, so I put in a lot of practice time [because] it’s critical you talk about your products in a clear, compelling way,” he said, noting that the bright lights, cameras and sometimes breakneck pace of the broadcast can be overwhelming.

Madden, who joked about reciting Shakespeare soliloquies to prepare for his appearances, described the experience as grueling. “Live TV can be harrowing,” he said. “It’s not my favorite thing to do, but the hosts are really good at making you feel comfortable and steering you through the show.”

Despite the challenges, designers said they are willing to overcome a little stage fright to be part of the powerful platform that is retail TV. With millions of viewers around the country tuning in at any given time, it’s a chance to make a pretty potent sales pitch.

A typical segment runs an hour in length, allowing designers time to really talk up the finer details behind their creations, whether it’s the inspiration, materials or comfort features. “In a store, the shoe just sits on the shelf,” Bernson noted. “HSN offers an amazing opportunity for me to bring my shoes to life and explain to consumers the thought and effort that go into making them.”

Added Beckman: “It takes away a little bit of the cold product acquisition and makes customers feel like they’re getting something extra.”

Edelman agreed, noting that she’s trying to take the home shopping experience to other retailers. The designer recently filmed a three-minute video for Shoes.com in which she talks about each shoe from her spring collection and offers wardrobe suggestions. The video is featured on her brand’s landing page on the site. “We’re experimenting with different ways to showcase the product in a more tangible and compelling way,” she explained.

Another big perk of retail TV is the opportunity to interact with consumers. While designers are live on-air, shoppers swamp the phone lines for a chance to chat with them and share testimonials about their products. “Nothing can replace that kind of firsthand communication,” Camuto said. “Hearing customers’ stories and feedback means so much as a designer.”

Bernson said chatting up the callers is the most rewarding part of doing television appearances. “These are people who are fanatically watching and buying, so it’s wild to hear their comments. You really learn a lot.”

And you never know what customers will say. In fact, it’s that spontaneity that drives the entertainment appeal of the broadcast, Bosco said.

For instance, during one of his recent appearances, Madden had a female caller challenge him to reveal what’s underneath his trademark baseball cap. After holding the audience in suspense for several moments, Madden ultimately demurred. “What can I say, I wish I looked more like Brad Pitt,” he quipped. “But it’s always a lot of fun talking with viewers.”

With the major exposure that retail TV brings, designers have found that their celebrity status is growing. Many of them now get recognized and stopped on the street by eager viewers. Pliner, already a familiar face from starring in his own print ads and doing a tireless schedule of in-store personal appearances, said his recognition factor has shot to a whole new level since he began appearing on HSN. “It’s unbelievable to me how many people are watching and who now know who I am.”

Although getting recognized makes it harder for designers to separate their work and private lives, Camuto said he believes it’s important for them to put themselves out in the public eye. “I find customers really like to put a real face to a brand,” he said.

For all its advantages, though, the home shopping segment is an area where designers said they must tread carefully, particularly when it comes to their relationships with other retailers.

When Pliner first began appearing on HSN, he ruffled a few feathers among his brick-and-mortar account base. “The hardest thing about the home shopping business — from a wholesale perspective — is you get retailers who are concerned you’re out there promoting your brand for another company,” he said. “I had complaints from some retailers who thought we were doing special items at special prices for HSN.”

But Pliner was able to address their concerns and now, he said, doing on-air appearances has become an increasingly important aspect of his business. “I’m on TV for an hour, and I can do almost twice the volume that my [best-performing branded] store can do on a busy Saturday,” he said. “When you see those sales numbers flashing on the monitors, it’s pretty thrilling.”

While its roster may lack brands with strong media personalities, the retailer is turning some of its vendors’ behind-the-scenes talent — whether sales reps or marketing associates — into familiar faces.

Clarks’ VP of sales, Steven Mahoney, has been appearing on QVC for 10 years and has become a favorite among viewers for his sense of humor. “Over time, I’ve been able to build a strong bond with the customers, and it is reflected in our sales. Clarks is QVC’s No. 1 footwear vendor,” said Mahoney, who travels to QVC’s West Chester, Pa., headquarters as many as three times a month for appearances. As a result of all the airtime he has logged over the years, Mahoney said he now gets recognized by viewers. “It’s strange because I don’t consider myself a celebrity by any means, but it does happen,” he said.

As part of her role as a sales executive for Edison, N.J.-based Aerosoles, Stephanie Sagan handles all the brand’s QVC appearances. While her primary function is to impart product information, she said it’s also essential to develop a rapport with the viewers so they feel confident in buying into the Aerosoles brand. “I treat it as if the viewer and the host are my girlfriends and we’re all talking and shopping together,” Sagan said. “It was a conscious decision to have one person represent our brand because that consistency with the viewers is really important.”

Ryka has learned that lesson firsthand. When the Aliso Viejo, Calif.-based brand first began selling its shoes on QVC, it had a succession of different staff members making appearances, but sales began to suffer as a result.

So Ryka decided to tap fitness expert Leilani Learn to serve as its marketing representative and official QVC spokeswoman. “Viewers are looking for a consistent face,” said Learn, who now makes at least two appearances weekly. “We’ve found that our sales increase the longer I am on.”

To forge a connection with viewers, Learn, a mother of three, has shared personal stories about her pregnancies and her family. “Ultimately, it’s about building that trust. I am an everyday mom, not a celebrity, so viewers can really relate to me.”