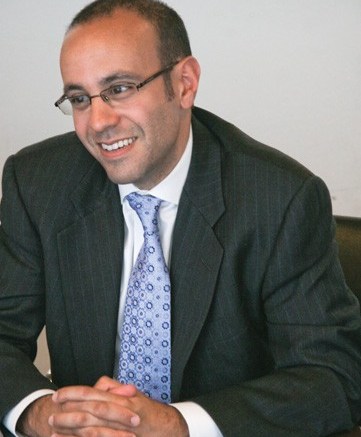 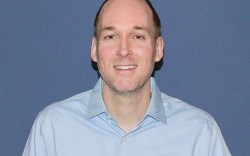 Shoe stocks are on a roll.

For the first half of 2011, a basket of 40 industry stocks tracked by Footwear News outperformed the overall consumer sector — and even the benchmark indices on the New York Stock Exchange.

Between the opening bell on Jan. 3, 2011, and the close of business on June 30, footwear stock prices grew an average of 9 percent, with some hitting 52-week highs in the interim.

By comparison, the general consumer sector, comprising a collection of more than 200 stocks, rose just 3 percent, according to Google Finance. Research conducted by MKM Partners showed that the retail sector as a whole also lagged footwear, advancing 7 percent. The S&P 500 Index rose 5 percent over the same period, dragged down partly by shares in the financial sector, which remained flat. And the Dow Jones Industrial Average hovered around 12,600 points at the half-year point, up 6 percent from 11,670 points on the year’s first morning of trading.

While the market has been generally resilient this year, it was also volatile, and analysts told FN the footwear industry is benefiting from remaining on trend in an otherwise-stagnant retail economy that caused The Conference Board’s Consumer Confidence Index to decline in both May and June.

“Historically, footwear and accessories have led us out of recessions, and that’s what’s [also] happening this time,” said Sterne Agee analyst Sam Poser. “There is and continues to be a great deal of innovation in both the athletic and non-athletic realms, and I’m not sure [this type of simultaneous strength in both cycles] has happened before.”

Footwear stocks have generally stayed on a slow, if choppy, incline, thanks to a number of global events that created investor panic in recent months, such as the 9.0-magnitude earthquake and tsunami that hit the eastern coast of Japan in mid-March and caused the market to momentarily dive.

Stocks recovered briefly afterward, but fell again in late April because of concerns about the debt crisis in Europe, weak home sales in the U.S. and slowing manufacturing. By mid-June, stocks had given up most of their gains for the year. But they rallied again in the last week of June, when athletic giant Nike Inc. reported strong earnings and upped its 2015 sales targets, and Greece passed laws to allow it to receive another round of loans from foreign lenders.

Still, the footwear sector has, in particular, exhibited more strength than apparel this year, partly due to innovation and, consequently, the ability to maintain margins.

“The footwear industry started feeling gross margin pressure earlier than the rest of the world, and now that pressures are here [to stay], they’re finding it to be not as bad as they feared at first. By worrying early and holding steady, they’ve been able to outperform the rest,” said Paul Swinand, an analyst at Morningstar Inc.

Moreover, many companies beat earnings expectations in the first and second quarters. Firms such as Wolverine World Wide Inc., Foot Locker Inc. and Steven Madden Ltd. blazed past analysts’ estimates in both periods. Correspondingly, their share prices surged between 21 percent and 35 percent in the first half. (Incidentally, Wolverine’s and Madden’s stocks continue to climb, as they hit historical highs last Thursday of $43.34 and $40.82, respectively.)

Firms’ share prices also benefited from merger activity, which ramped up in the second quarter. Four out of 10 of the top stock gainers made acquisitions in the first half of the year, including Madden, which purchased The Topline Corp. and Cejon Inc.; and VF Corp., which picked up The Timberland Co.

“You can attribute 40 percent of VF’s increase purely to the Timberland acquisition,” said Ken Stumphauzer, an analyst at Sterne Agee.

He added, “Any acquisition made [in the current environment] is highly accretive on the basis that you’re not earning anything on the money you have, [while with] anything you borrow, you pay very little interest. From a financial standpoint, it’s pretty savvy.”

Of course, not all companies performed equally.

Eleven out of the 40 firms tracked by FN saw a decline in their share prices, of between 3 percent and 49 percent. Nine firms’ share prices showed a flat to 7 percent increase, while 20 saw double-digit increases in gains.

The industry’s top gainer was Crocs Inc. The Niwot, Colo.-based firm, still gaining momentum from its expanded product range and the shedding of its “ugly clog maker” image, saw its shares close up 50 percent at $25.75 at the end of trading on June 30.

Under Armour Inc. took second place, logging a 41 percent increase after the firm’s earnings per share consistently came in above analysts’ expectations for at least four consecutive quarters.

Looking to the back half of the year, analysts predicted share price growth could come under pressure because many businesses are facing difficult earnings comparisons, and expectations may be hard to beat. Firms also will see the impact of higher supply chain costs.

“The question is if price increases will stick. We believe they will, with some exceptions,” said Christopher Svezia, analyst at Susquehanna Financial.

But problems could occur if consumers start demanding markdowns and retailers bend to their will, said B. Riley & Co analyst Jeff Van Sinderen. “The industry will be focused on keeping the promotional cadence down because if one competitor goes promotional, everyone follows,” he said. “That’s the potential challenge and there’s no getting around it.”

Swinand noted the growth rate will be higher for athletic players, due to increasing momentum in running and barefoot. “Plus,” he added, “the big guys have a lot of exposure to the emerging markets [overseas] and that’s helpful to all of them.”

In the end, stocks will still be up, but more modestly, analysts said, as gas prices and cotton prices level off and the Federal Reserve’s next round of quantitative easing continues.

And already some companies are seeing good returns in the early days of the back half of the year.

Wolverine, the first of the footwear firms reporting tomorrow, is expected to earn 46 cents a share as polled by Yahoo Finance, or a 15 percent increase from the same period a year ago.