The Pros and Cons of Rebranding 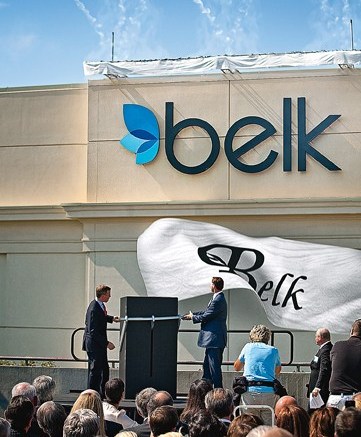 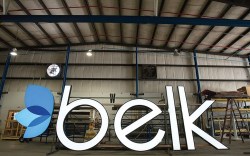 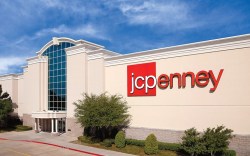 Thinking of changing your brand image? You’re not alone.

In the past year, dozens of consumer labels across the marketplace have introduced new looks for their corporate identities. Some have been well received — such as JCPenney and Starbucks — while others have not, most notably Gap, which quickly scrapped its revamped logo in response to widespread public criticism.

The process is dangerous ground, especially because branding isn’t as simple as it used to be.

“Consumers are much more involved in social media now, so brands don’t have the same control [over their image],” said Ray Graj, founding partner of Graj & Gustavsen, a brand strategy consulting firm that has worked with Brooks Brothers, Harley Davidson, Jones New York and others. “Consumers own the brand now; executives have become stewards.”

In the best cases, rebranding is the culmination of a long repositioning process that ends with the most visible aspects of the corporate identity: colors, fonts and, most importantly, the logo.

And if done well, the opportunities can be numerous and lucrative. After unveiling a modernized and fashion-centric image last fall, department store Belk Inc. registered a 7.1 percent rise in sales in the fourth quarter, aided also by an improved economy and strong fashion trends.

“When the sales go up, that tells you everything you need to know,” said Jon Pollack, EVP of sales promotion, marketing and e-commerce for Belk, noting that the initial response from customers was largely favorable. “It was 80 percent positive. Folks were intrigued by it. And in the economy we’re in, people were happy to see that a company like ours is investing in our future.”

The economy has been the impetus for many of the recent repositioning efforts. During the recession, executives hunkered down with their business strategies and spent time streamlining and searching out new opportunities. For many footwear retailers and vendors, that resulted in category expansions, product additions, international development and other internal changes.

For instance, Santa Barbara, Calif.-based Koolaburra, best known for shearling boots, introduced a warm-weather shoe collection for spring ’10 and added more leather footwear styles last fall. “In 2011, we’re expanding internationally, so we felt it was a good time to rebrand with a new logo and to bring it into modern times,” said marketing director Kenneth Loo, adding that executives aimed to present a unified image on a global scale.

“It’s about modernization and inclusiveness,” he said. “We want to open the door to new customers, and the way you do that is by creating icons and recognizable images. Marketing is about connections. It’s about emotional touch points that people connect to that make them feel something about the brand. The visual representation of the brand comes from that logo.”

Koolaburra unveiled its updated look at the end of last year, and Loo said the response was almost immediate. “[It] really brought people running to the brand, from distributors internationally to new stores, and even the press,” he said.

JCPenney, whose new brand image launched with its spring ’11 advertising campaign, has been on a path of transformation for the past five to six years, said spokeswoman Daphne Avila. The retailer invested heavily in store improvements, upped its visibility with a Manhattan location and increased its style credibility through brand exclusives with Liz Claiborne, Mango, Olsenboye and Aldo. “It was time that our brand reflected who we are,” said Avila. “It needed to reflect that we’re more innovative and appealing to a younger customer.”

And the timing, she added, was deliberate, with the new look hitting just as consumers are emerging from a difficult winter and are starting to spend again after the recession. “Spring is a time for new beginnings, so it was altogether a resounding impact that we wanted to make,” said Avila.

But the retailer took a big risk. It hadn’t changed its logo in 40 years, and consumers don’t always respond well to change.

To make the update more palatable, JCPenney kept the same color and Helvetica font. “We were looking for a logo that’s modern and fresh, but not a great departure from what our customers recognized,” said Avila.

Similarly, the Me Too brand aimed for subtlety when it set out to reboot its brand image for fall ’11. The company traditionally had been a juniors’ label, but in 2003, when President Adam Tucker took over, he repositioned Me Too to compete in the larger women’s market with better distribution and more fashionable product. And, he said, the firm worked hard to create brand consistency. “We’ve established ourselves in a unique way, but we’ve tried to stay as close as possible to who we are,” Tucker said. “I see companies where their line can change dramatically season to season, and when you do that you can really lose your way. I’ve seen brands come and go because of that.”

Me Too brought that same sense of caution to its logo redesign, maintaining a similar font, but changing the color from black to deep plum and tweaking the letter treatments. “It’s bold and a little younger than what we were doing,” said Tucker. “But it’s classic and it has longevity.”

For many companies, though, the rebranding process can be personally challenging. After investing years of effort and equity into a particular corporate identity, executives develop a strong attachment and find it difficult to change. Often, much of the early resistence to rebranding comes from within.

“It’s an emotional thing to [a CEO],” said Koolaburra’s Loo, who also owns an independent consulting business. “This is people’s bread and butter, and you get into conversations about the littlest things with them that are so emotional.”

As a result, most marketing experts recommend that companies solicit outside input. Not only can that provide fresh design ideas but also a unique perspective on the company.

Koolaburra tapped Norwegian graphic designer Mats Ottdal, whose clients have included Mello Yello and Havaianas. “The benefit of having a third party involved allowed us to break free of our historical understanding of the brand and the marketplace,” said Loo.

Sara Rotman, creative director of ModCo, noted how Adoni and Giordano had succeeded in creating attractive collections, but were missing an opportunity to establish a memorable brand and gain customer loyalty. “We often have clients in this position,” she explained. “Basically, the product is great but the brand identity isn’t, and as they grow, this deficit will become more of a problem. It’s our job to raise the level of branding to the quality of the product.”

To do so, Rotman used the shoes and the vision of the designers as the starting point. Her team then set out to differentiate the brands within the PLV Studio stable and give them uniquely identifiable symbols. “Our intent was to create a slick and aspirational brand image that was at once iconic, memorable and, most of all, timeless,” she said.

To find its new look, JCPenney cast a wide net, giving the task to its in-house design team, as well as outside agencies and the design schools at the University of Cincinnati and Rhode Island School of Design. Executives then narrowed down their selections and ran the final proposals through consumer focus groups to find the winning image, which ended up coming from Luke Langhus, a third-year graphic design student at the University of Cincinnati. He submitted a logo that retained the retailer’s iconic red box, but was versatile and allowed the ubiquitous “jcp” initials to be used independently.

Deckers Outdoor Corp.’s Simple brand also branched out, sponsoring a design competition with Behance. net, an online design community, to find a new logo. It received more than 750 submissions and paid $2,500 to each of the top five finalists, with the winner receiving another $500.

The redesign was scheduled to be unveiled in January but at press time was still held up in the trademark- ing process. “We have to work with our legal team to ensure that it’s protectable in the U.S. and overseas,” said marketing manager Will Pennartz. “It would be much easier if we were only a U.S. brand, but this is the way business works now. It just adds another element [of difficulty].”

Nevertheless, Pennartz said, “We wanted to get the design community involved. We wanted to con- nect with them instead of throwing up a new idea that would alienate or throw our customers off base.”

Indeed, communication is one lesson that many companies took from Gap, which was criticized for being too insular and not testing the concept on consumers before the change (it was unveiled and thrown out in October 2010).

Belk’s unveiling was the culmination of a year and a half of work, including interviews with sales associates and customers to determine what was needed. And once the new marketing campaign was developed, the company field-tested it with consumers. “We thought this was incredibly important,” said Pollack. “And we were prepared not to move forward if the testing wasn’t positive.”

Most firms estimate that the rebranding process can take anywhere from four months to three years. Generally, it’s a much more complicated and expensive process for retail firms than for vendors.

With more than 1,100 stores, JCPenney will spend the next three years bringing all of its locations up to date, said Avila. She noted that certain facets of the business, such as marketing and advertising, were changed instantaneously, but exterior and interior signage are more involved and take longer.

The expense of a rebrand can be a major commitment as well. “It can be tens of millions [of dollars], depending on the nature of the business,” said Graj. “And the cost is on two levels: There’s the implementation of physical assets and the cost to the intangible, which is the brand value.”

Despite that, companies that have navigated the process successfully said the outcome is worth the effort. Dani Tschuemperlin, SVP of product and brand management for Rockport, led the company through a multi-year repositioning and reported that in 2010, Rockport increased its retail share in the double digits. “We saw a big increase in turnover of strategic business,” he said.

However, he added, it wasn’t always easy. “A lot of people will try to convince you to change things that don’t need changing. You have to stay focused and stay simplistic. And then repeat that over and over again.”