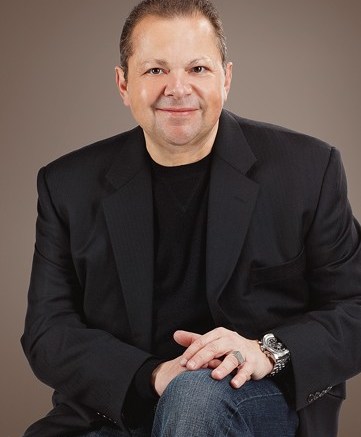 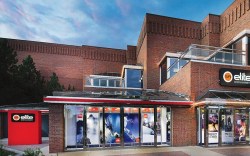 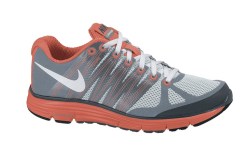 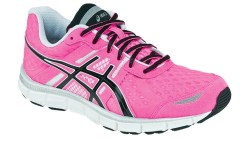 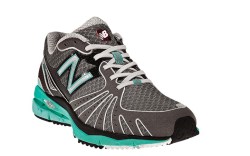 The CEO, who moved up to the top spot last March, has debuted the S.A. Elite retail concept, formed an extensive consumer panel to solicit opinions and feedback, and relaunched the company’s e-commerce site to spur growth.

“I’ve been here for six years, and we never had this kind of focus,” said the executive, who joined the retailer in 2004 as president of merchandising. “The exciting thing about what we all call the ‘New Authority’ is we really know where we’re going. We actually have a path.”

That path includes exiting poor-performing stores, as well as opening new ones.

“We’re in the process of getting out of some old real estate and relocating to some new, better centers and opening new stores as well,” he said. In 2010, the firm closed nine locations and relocated seven, Campisi said. “This year, we’ll do the same thing.”

But the chain, which counts 458 doors, is also expanding in key areas, most notably with its new high-end footwear and apparel concept, S.A. Elite. Two units are in operation in Denver and Highlands Ranch, Colo. Another pair of stores are slated to open in Northern California, as well as three locations in the Chicago area in the coming year.

Overall, footwear makes up more than 20 percent of Sports Authority’s sales, and that could grow as current trends in lightweight running and a return to color add new life to the category.

Here, Campisi spoke about his vision for the sporting goods chain.

FN: What is your outlook on the coming year?
DC: We continue to have momentum. There was a little bit of a pullback the last couple of weeks in December, but January [was] very strong. We’re going to have a good year. As long as nothing catastrophic happens to our country, we’re going to be OK.

FN: What spring product are you most excited about?
DC: It’s all about lightweight running and color. Nike looks outstanding in both running and training. The lightweight categories from New Balance, Adidas, Saucony and Asics, in color multipliers, [are] really where we think the juice is and where we’re going to see some really nice increases. We have that business planned to be up in the double digits.

FN: What are your top-selling brands overall?
DC: For sure, Nike. We had a tremendous year with them. But Asics was right there with them. As much trouble as Adidas has had in the U.S., we’ve really put a stake in the ground with those guys to work with them, and we had a really good year with those guys as well. We’re starting to see some real good performance from Saucony, and New Balance is also a big player. New Balance is a lot like us. They’re reinventing themselves. It’s like the new New Balance. They have great new lightweight running, with colors and technology for 2011 that is pretty exciting. When you look at the cleated category, it’s all about Nike and Under Armour, and a little bit of Adidas on the soccer side.

FN: Is there anything that isn’t working for you?
DC: The toning business has dropped like a rock. I don’t see that turning around. What’s happening is the lightweight running part [of the business] is killing it.

FN: How much of your footwear business is in running?
DC: It’s slightly more than 50 percent of the total footwear volume.

FN: Besides running, what other categories are ripe for expansion?
DC: We have an opportunity to expand what we call family recreation, like boating, canoeing and camping, and water sports. That’s what our customer is telling us they look to Sports Authority [for].

FN: You’ve been working hard to forge a stronger relationship with your customer. How, specifically, are you doing that?
DC: Our marketing team put together a panel of 15,000 of our customers that we [poll] twice a month, and that’s where we came up with the idea for the S.A. Elite concept. [We also went to the panel] for TV spots, where we did a couple of different variations and went to the panel to get their opinion. With just about any decision we make today, we want to hear what our customers have to say. It’s a huge focus for us.

FN: Are you speaking to a different consumer today?
DC: In the past, candidly, prior leadership had a me-too strategy in this space. It was all about what the other guy was doing, and we had to do the same thing [as our competitors]. We believe there is a different way for us to go after the customer. For competitive reasons, I can’t open that can of worms as far as [identifying] who we plan to talk to, but certainly families and dads are very important to us.

FN: Who do you consider to be your competition?
DC: Every retailer that sells anything I sell is competition, but obviously Dick’s Sporting Goods, Academy Sports & Outdoors, Sport Chalet and Modell’s Sporting Goods are all big players. But Walmart and Target have 50 percent of the sporting goods sold in the U.S. Everybody is my competition, even Kohl’s and JCPenney because they sell Nike.

FN: Explain the idea behind S.A. Elite.
DC: It’s really more of a high-end approach to the business with a fully staffed footwear department. It’s a new growth vehicle for us, so you’ll see a lot of different types of special makeups in footwear as well as a broader assortment of Uggs and those kinds of things in those stores. It’s a concept that we think we can scale nationally into high-end malls.

FN: How does the product assortment compare with your mainline stores?
DC: The first one we tested had about 60 percent of our big-box assortment. As we move into the new ones, we’re going to change out the assortment and it’s going to be 50 [percent standard products and] 50 [percent products unique to the S.A. Elite concept]. Then it’s going to get to 60/40 in the opposite direction, and eventually our goal is to have a completely separate DNA. The store today does carry [footwear] brands that we don’t carry in the big-box, such as Spider and Foursquare.

FN: What are your plans for the rest of the chain?
DC: Our whole focus remains … to be the authority in running, and it’s a big, big chunk of our business.

FN: You’ve also revamped the online business. Why was that important?
DC: The big news is that we finally worked out a deal to take complete control of our e-commerce site. GSI [Commerce Inc.], starting March 1, will become our fulfillment partner, but we’ll own the site, we’ll own the content and we’ll control the pricing. To have control of that gives us the full multichannel ability, so that was a huge accomplishment for our team.

[Previously], if you really looked at our site and some of our competitors’ sites, there was a big emphasis on big-ticket items because it was a drop-ship program. [Now]we want to go after the footwear and apparel market with color extensions and style extensions. In apparel and footwear, the biggest challenge is staying in stock.

We want to have a multichannel approach. We’ll have the capability for our associates to order from one store to another, or have it ordered through our back-stock program or through the website. Once we get that figured out and up and running and get that kiosk set up in stores, there is a home run sitting out there for us.

FN: How has your approach to marketing and advertising changed?
DC: We used to be one-dimensional in this area, and that was the circular [advertisement]. Today, we’re doing everything, [including] mobile. We’re exclusive in sporting goods right now with Shopkick, which is a mobile app. There isn’t anything my marketing team isn’t touching. We have a team that understands digital and mobile, and we add 1,000 Facebook fans a day. A year ago, we had zero. We’ve passed our biggest [sporting goods chain] competitors in Facebook fans, and we’ve used that, as well as Twitter and a few other things. It may sound like “wow, big deal, everybody is doing that,” but we weren’t. We were behind. We’ve caught up in a lot of these areas.

FN: How has this affected your marketing budget?
DC: Here’s what’s amazing: We really haven’t had to increase it. What we’ve done is figured out ways to increase in a major way the number of impressions [we make with consumers] without having to spend more money. Basically, we’ve shifted unproductive advertising like print circulation, [and] we’ve taken those dollars and redeployed them to broadcast and digital and e-commerce. It’s been more of a redeployment of the marketing spend versus increasing it. We’re spending our money more wisely and more productively.

FN: Do you think the company will ever go public again?
DC: Absolutely. It’s all a matter of when. There have been some other retailers who [issued] IPOs last year, and they probably wished they waited. Our balance sheet is solid and our growth is good. It’s all about timing.