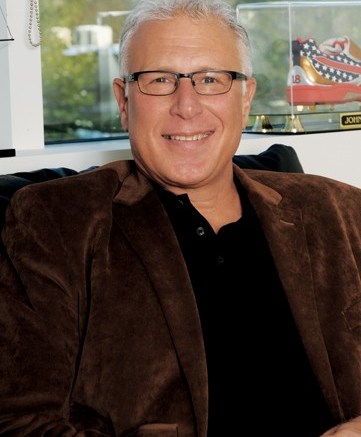 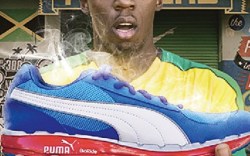 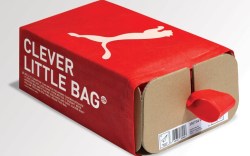 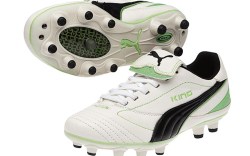 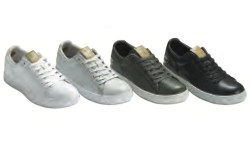 But behind the quirky spirit is a company that has created a formidable position in the athletic market by combining equal parts technical innovation and marketing sizzle.

Take the brand’s spring ’11 Faas running launch. The lightweight trainer, worn by Olympic gold-medalist sprinter Usain Bolt, has the performance cred to have gained shelf space in some of the best running independents in the country. But the brand’s new ad campaign, which launched last month, shows the Faas in breezy ads celebrating Bolt’s home country of Jamaica and its lifestyle.

That’s how it should work, according to Jay Piccola, president and GM of Puma North America. “At the end of the day, we have to remain a performance brand [because] it opens us up to all the opportunities that exist on the lifestyle side,” he said in a recent interview here.

The formula is paying off: Sales in the Americas region increased 20 percent in 2010. Still, it hasn’t been smooth sailing.

During the height of the recession two years ago, the company scaled back expenses, shuttered about 10 percent of U.S. stores and stretched marketing dollars through cutting-edge — and cost-effective — social media campaigns. (Puma counts 4.2 million Facebook fans and more than 14,000 Twitter followers as of press time.)

“In 2009, we learned to live without a few things,” Piccola said. “And when things started to break and turn around in 2010, we were well positioned.”

Now the company is gearing up for a strong 2011 under new global management. Earlier this month, Franz Koch was tapped as CEO, succeeding Jochen Zeitz, who will focus his efforts on creating a sport and lifestyle division for parent company PPR.

“[Jochen] told me he’ll still take my phone calls, which is nice of him,” Piccola quipped. “Who better than Jochen to oversee the sport lifestyle portfolio when he helped create that category? We’re eager to see what else falls into this silo. Today it’s anchored by Puma, and we hope it’ll remain that way.”

As for his new boss, Piccola said he hasn’t met directly with Koch yet, but the two have been emailing. “Franz is an excellent choice,” Piccola said. “He is the right man at the right time to lead Puma in the next phase of growth and development.”

That next phase calls for increasing sales to $5 billion by 2015. Zeitz told Footwear News exceeding that target isn’t out of the realm of possibility, though he didn’t specify by how much. He noted the firm will “continue to screen the sport-lifestyle market” for potential acquisitions and cited the 2010 purchase of Cobra Golf as the model.

Zeitz wants to advance the company in other ways, too.

Over the next five years, Puma aims to slash its carbon emissions, waste, energy and water consumption by 25 percent. Their first eco effort is a high-profile gambit to replace its shoeboxes with the “Clever Little Bag,” a bright-red, reusable mesh bag designed by famed industrial designer Yves Behar. The CLB has a cardboard insert that gives it a box-like shape and allows it to be stacked in a traditional stockroom, but requires only 35 percent of the paper and 40 percent of the energy to produce, compared with a traditional box.

“We view sustainability as an imperative,” said Zeitz. “Ultimately, shareholders and consumers alike want to invest in brands that work in fair, sustainable and creative ways.”

Creativity is one of the reasons Puma thrives, Piccola said.

“It continues to amaze me how strong this brand is,” he said. “Long ago, we took the philosophy that whether it’s communicating or making product, we’d do it our own way.”

FN: The U.S. continues to be a bright spot for Puma. How do you plan to keep things rolling?
JP: We want to invest more in marketing and speaking to our customer. Consumers are smarter and savvier these days, and yet more cautious than they have ever been. We are not anticipating that will change, particularly with social media growing, as well as the demand — rightfully so — for superior customer service. They are more vocal than ever. As a brand, we need to be prepared for that and work to engage with them quickly and accordingly. It’s a cluttered landscape and it’s a challenge to have one’s voice heard without the largest budget to do it. But that’s been a strength.

FN: How are the difficult sourcing situation in China and rising production costs affecting you? Specifically, what adjustments have you made?
JP: The sourcing situation and rising production costs are affecting the entire industry; we are not exclusive to this challenge. Of course, we are addressing it in the most strategic way possible. Our retail partners certainly understand the issue and what we are all going through. So far, it has not affected our business in any dramatic way.

FN: What will you do to drive business this year?
JP: We want to reinforce our performance positioning. At the end of the day we have to remain a performance brand [because] it opens us up to all the opportunities that exist on the lifestyle side. [We want to reinvigorate] lifestyle with interesting, fun initiatives. The first one this year is the relaunch of the Clyde with Undefeated in Las Vegas. We need to scream a little louder in the lifestyle arena and get [consumers] listening. [It’s] a big part of our business, and sometimes we have taken it for granted. We have to communicate a little bit more [newness there]. The third goal is the women’s category. We want to win that consumer through apparel and footwear for women of every age. Fashion trends can change, but what we’re seeing is women who are health conscious in all activities they do.

FN: What’s the breakdown between the performance and lifestyle businesses?
JP: We don’t track it internally. For most of our performance shoes, the ultimate use is by a lifestyle consumer. Ninety percent of our Faas [running shoes] will be sold to lifestyle consumers. We never discuss how much performance we need to sell. But at the end of the day, we have to be successful in being a performance [brand] to create the bigger sport-lifestyle opportunity.

FN: How big of an opportunity do you see with the new women’s soccer collection?
JP: The opportunity is enormous: 50 percent of soccer players ages 12 to 18 are women. I wouldn’t put a dollar figure to it, but we believe this is an opportunity not fully realized by our competitors. The majority of women still don’t wear women’s shoes on the pitch, so this could be a huge initiative. We’re working on a $130 women’s cleat with all the technology. We’ll be out with soccer balls, shoes and clothing.

FN: What are your expectations for the BodyTrain women’s toning line?
JP: The premise here is not to enter a crowded space but to speak to and win the female consumer. [The toning category is] a factor in the industry, and we need to be there. So the question is, what can Puma do to change the game? BodyTrain is a stable shoe — far more stable than the competition — and it has that Puma style. A giant market segment of women have bought [toning] shoes. Just because a lot of people are [in that market] doesn’t mean we shouldn’t be there. We need to enter the category the right way and our goal is to be in the top three or four.

FN: Give us an update on Puma’s new Faas collection. Have you made headway in the independent specialty running channel?
JP: It’s going very well. We have invested a lot of time and energy, and paid our dues. The business is growing dramatically — easily double-digit growth. We’re participating in a big way on the hot trend of lightweight [footwear]. The Faas was extremely successful in our stores last year, and this year we’ll be back on television featuring Usain Bolt. We haven’t been on TV for a while.

FN: How important are athletes to the overall strategy?
JP: We don’t have the stable of athletes others have, but the ones we have live, eat and breathe the brand DNA. We’re putting more horsepower behind Bolt and [professional golfer] Ricky Fowler. They love music, they love their sport, they love to perform. You’ll see them being elevated in 2011.

FN: Are you going to ramp up social media efforts this year?
JP: Social media is trendy now, but we feel we conquered it early. It was something we could afford to get into. We did it well and we did it early. Our Facebook presence compared with our competitors is absolutely enormous.

FN: You’re also reinvesting in the Clyde, your iconic low-profile shoe named after basketball legend and Knicks announcer Walt “Clyde” Frazier. Why did you decide to partner with retailer Undefeated on this?
JP: It’s a design relationship. They’re helping us design the sneakers and they are also advising us about [which retailers get] the shoes and when. The plan is to have an exclusive relationship for so many months with a certain retailer and then move to the next one. The idea is to get a lot of buzz through the publicity that’s going to occur.

FN: Is this a younger Clyde customer you’re targeting here?
JP: Yes, this is earmarked to the young male, the sneakerheads. The whole philosophy is for the trickle-down effect through high-end distribution to gain momentum for when it hits the mall [sometime in] 2012. The everyday pricing will be at $65.

FN: Outside of the new growth initiatives, you have made a major push on sustainability. What was behind that?
JP: Jochen is very much engaged in these things in his personal life and with his foundation, [the Zeitz Foundation for Intercultural Ecosphere Safety]. He spends a lot of time in Africa, where he’s involved in an organic cotton initiative. If it wasn’t for him, we wouldn’t be as far as we’ve come. It wasn’t even on my radar screen two years ago.

FN: One of the most visible things you’ve done for sustainability is the Clever Little Bag. The company has said it plans to convert all footwear packaging to that model. Are you on track for that?
JP: Ultimately, that’s what we’d like to do. It’s not an easy initiative. It’s very radical [because] it changes shoeboxes as we know them. We had a soft launch in November [with the Top Winner and SuperSuede styles] and did some testing to work out the kinks. We realized we needed to do a better job of training retailers how to stack them. They can stack up to 10 high and they won’t crush.

FN: What brands are you watching in and outside of the industry?
JP: I watch everyone, or I try to. We watch so we’re educated; we don’t watch to follow. We stopped following back in the early 1990s. We had to do it our way to survive. I’m an admirer of Apple. I admire their product, the way they communicate to the consumer, their retail model. I like that they have so many people in their stores. I wish I had all those people in my stores.

FN: Looking ahead, do you expect the London Olympics to help boost sales next year?
JP: We have seen an increase in consumer interest in global sporting events like the Olympics, particularly over the last decade. Hopefully we will continue to see that increase with London. And given that [Bolt], our No. 1 brand ambassador and the fastest man in the world, will be wearing Puma on and off the track, I anticipate we will have strong brand exposure.