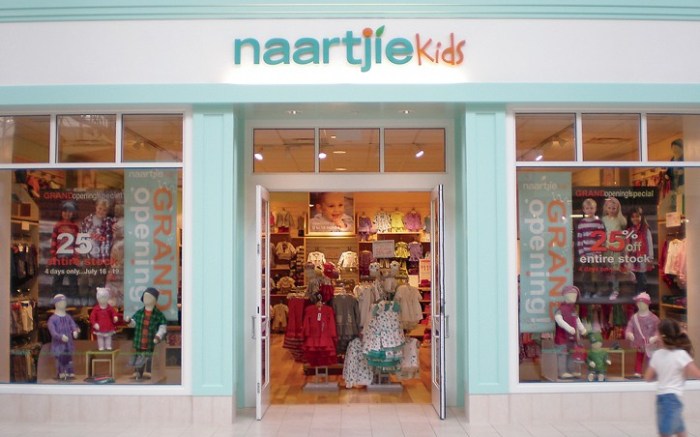 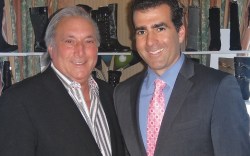 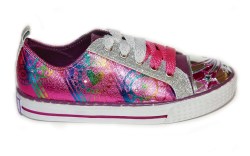 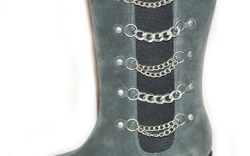 BCNY has an appetite for expansion.

Although the 20-year-old company made its name as a private-label sourcing and manufacturing resource, in recent years it has grown its branded business.

“The company has really transformed,” said Evan Cagner, who runs the Hicksville, N.Y.-based firm with his father, Bruce Cagner. “We saw that brands were becoming more important in the landscape and shifted our strategy a bit. In the kids’ market, in particular, there were a lot of character brands, but very few lifestyle brands. We felt there was a big void there.”

To address that opportunity, BCNY formed a separate arm, Synclaire Brands, in 2005, and scooped up the children’s licenses for Kors Michael Kors, Stuart Weitzman, Paris Blues and Cole Haan. And with a number of new initiatives rolling out this year, Synclaire’s brand roster is about to get even bigger.

Among them, the company has been named the exclusive footwear licensee for Naartjie Kids, a specialty apparel retailer with 46 stores in the U.S. and 23 locations in South Africa, where it was founded. Synclaire will produce an extensive collection of kids’ shoes under the Naartjie name that will be sold in all the Salt Lake City-based retailer’s stores starting this fall. The offering will include fashion casuals, sneakers, slippers and seasonal items such as flip-flops and rainboots, all designed to complement Naartjie’s apparel merchandise. In 2012, Synclaire will begin wholesaling the collection to other retailers. “We were looking for a license that would allow us to be more closely connected to retail,” Cagner said about the partnership. “It eliminates some of the layers and enables us to more directly influence what goes on the shelf.”

Naartjie President and CEO Joe Franceschi said the chain, which carries a limited selection of shoes, is relying on Synclaire’s expertise to help it tap into what it sees as a key growth category. “We’ve had strong demand from our customers for a broader range of footwear,” he said. “We view this as a natural extension and expansion of the Naartjie brand in a category that can grow beyond our present business channels.”

While retail prices for the shoes have yet to be determined, Franceschi said pricing will reflect Naartjie’s overall positioning as an affordable chain. The company, which has been averaging 15 to 20 store openings annually, even amid the economic downturn, expects to expand to as many as 150 doors in the next several years. Naartjie also operates a fast-growing e-commerce business that reaches nearly 30 countries worldwide. “There is a global component to Naartjie’s growth strategy that is very exciting,” Cagner said.

In another new venture, Synclaire is partnering with a yet-to-be-disclosed kids’ accessories brand on a line of girls’ shoes adorned with interchangeable charms that will launch in stores this spring. “Kids will get into the idea of collecting and trading the charms with their friends,” Cagner said, noting that the company will announce more details on the project in the coming weeks.

In addition, Synclaire is prepping to ship its inaugural collection of Soles4Souls footwear to stores this spring. Available in boys’ and girls’ sizes, the shoes are being sold in special boxes that encourage kids to pack up a pair of their outgrown shoes and mail them to the Nashville, Tenn.-based charity to be donated to a child in need.

Also rolling out this spring is Racer Treadz, a line of slippers, flip-flops and other seasonal footwear for men and boys that Synclaire is producing in partnership with tire maker Goodyear Racing. The shoes, which will cost about $15 to $40, incorporate recycled rubber taken from actual Goodyear Racing tires used in official Nascar events. “The idea is to give Nascar fans a real piece of the race,” Cagner said.

While Synclaire branches out with new projects, it continues to build its existing brands. The Kors Michael Kors and Stuart Weitzman kids’ lines have strong followings within the higher-end segment, while the more moderately priced Paris Blues label has quickly grown into a powerhouse in the mid-tier channel. “In a tough economy,” Cagner said, “[Paris Blues] is delivering the right product at the right price.”

Cole Haan, which launched this past fall, is off to a strong start. The boys’ side of the collection, in particular, is drawing rave reviews from retailers, who said it addresses a major need in the market. “Cole Haan is known for handsome men’s shoes, and the new [kids’ line] certainly fills a niche in the boys’ category,” said Erica Weil, kids’ buyer for Zappos.com. “There is a real lack of fashion for boys, so Cole Haan will become a go-to brand.”

For fall ’11, Synclaire is adding a full Cole Haan baby shoe line that will take design cues from the older kids’ collection.

Looking ahead, Cagner said his company has no plans to slow down and will continue to seek out additional licenses. “There are a lot of great men’s and women’s brands out there that would make a lot of sense in the kids’ [category],” he said. “So we still have room to grow in the world of licensing.”