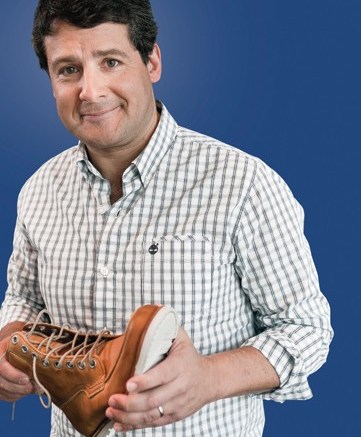 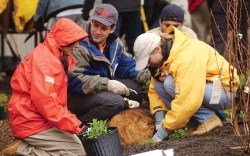 It was an emotional Jeffrey Swartz who came to the phone last Wednesday, three days after he sold The Timberland Co., the firm his grandfather founded in 1952, to VF Corp. for $2 billion.

“Is it bittersweet? Oh my god, yes,” the president and CEO of Timberland told Footwear News, his voice weary from about six hours of intense strategy meetings to discuss the brand’s business in Asia.

Swartz, 51, admitted he “felt pressured from shareholders since day one when we went public in 1987,” but reiterated it was his fiduciary duty to return value to those same investors. As an owner of about 1.5 million Timberland shares as of Feb. 25, 2011, Swartz will take home $63.4 million from the deal.

His father, Sidney Swartz, was first approached about a potential merger in 1981, by then-VF CEO Laurence Pugh. Ultimately, it took 30 years for the marriage to be consummated. The deal was signed on Sunday, June 12, marking the end of an overwhelming weekend for Swartz.

“We started [final talks] at about 10:05 p.m. Saturday night. And then, the next thing I knew, it was Monday morning. I could’ve used some sleep [somewhere in between], but there wasn’t a lot to be had,” he said.

Swartz likened the sale of the company to seeing his youngest son graduate yesterday from Maimonides School, where, as chairman of the board at the school, Swartz got to hand him and his peers their diplomas onstage.

“I cried [in] one eye for happiness and [in the other] eye for loss,” Swartz said.

He was equally candid with FN about his thoughts on the deal, even though he remains unsure about his next steps.

Both parties have flirted with a deal before. Why was now the right time?
JS: We had a spectacular series of dates where we told each other how much we liked each other. Then VF proposed. And for our dowry they gave our shareholders $2 billion. [Fact is], they’ve had a vision since 1981 for wanting to have a position in the outdoors. And to have a consistent vision through 30 years is inspiring. What was also compelling about the conversation was the momentum their enterprise has and the momentum our brand has. It sounded like, maybe, finally, the two agendas were lining up. In the end, we fused easily in terms of [company] values and shareholder value.

Timberland technically has until July 26 to consider counter-offers. Do you think they will surface, and if so, would you consider a better offer?
JS: I have no sense of what other people’s intentions are. Our board will absolutely do its fiduciary duty by its shareholders, but [to say anything more] would be speculation.

You’ve been working hard to overhaul the company. How do you feel about your progress so far?
JS: In the last 18 months — and I say this not with self-satisfaction but with some pride — this team has done a spectacular job. Look at our performance two, three years ago when our brand wasn’t focused, when the economy was in a bad place. Look at the improvement in our operating margins in the last three years. We’ve made huge strides and … that’s what got us the premium our shareholders are being awarded with today. I don’t think VF is doing us any favors.

What will your role be in the transition?
JS: Honestly, we’re just beginning the transition. So far, today, it’s been six to seven hours of meetings with the Timberland leadership team I love and respect, [where we’re] beating the daylights out of each other over our businesses in China and Japan. [At one point, I found myself saying], “Does anybody know what VF is doing in Japan? Shouldn’t we talk to somebody there? That’s probably a good idea, no?” So the transition right now is we’re running our business really hard and with real fierceness. No doubt in the next eight to 10 weeks, when the deal closes, there’ll be more conversation, but right now, it’s very early.

You didn’t negotiate as part of the deal to stay on at Timberland. Do you want to?
JS: I think I will have a very private, powerful conversation with [VF Chairman and CEO] Eric Wiseman and we will decide together what’s best. I just don’t know what’s in his mind about it, and to tell you the truth, [I haven’t thought about it either]. I’m so darn intent on delivering value for shareholders and on [creating] a transition process that’s good for our brand and for our community. I know it might sound pretty stupid, but that’s really what I’m focused on right now.

If you do leave, what will you miss most?
JS: I have loved a lot of the challenges I’ve had here, [but also] I’ve had a lot more fun than I deserve [and] I’ve had more misery than I can bear. To move on, you have to be dead from the neck up, and I’m not, so I’m finding this very, very emotional.

What do you think your legacy is?
JS: I don’t think in terms of what I began, but in terms of what I have left to accomplish. It’s like planting a tree: You dig a hole with your hands, put a sapling in, do everything you can to make sure it will be successful and then watch it grow. I think of Timberland in the same way. We started out as a boot manufacturer and we’ve grown this into a brand.

What would you want to do next?
JS: Until the deal is closed, I’m working for Timberland. I have always tried to live an integrated life, meaning I don’t just do my work in the day and civic living on the weekends. The reason we created Path of Service, [a program that gives all Timberland employees 40 hours of paid leave each year for community service during the work week], was that I wanted to do community service and civic justice while I was making a living. I’m personally working on the No Kid Hungry campaign by [the] Share Our Strength [organization]. If VF decides to put somebody else in this seat someday — and someday they surely will — does it give me more time to work on No Kid Hungry in America or in other parts of the world? I hope so. I have more passion than I have, I think, capability, so I will be grateful [to have more time to pursue those projects].

Ultimately, does your vision for Timberland tie in with VF’s vision for the firm?
JS: These are really smart people [at VF, but] I can’t predict what they’ll do with the brand. I can say, though, based on what I’ve seen them do with other good brands, [they’ll] stay true to the vision they started with. They respect and honor  Timberland and its cultures, and that’s very important to me as I’ve spent 25 years of my life here.