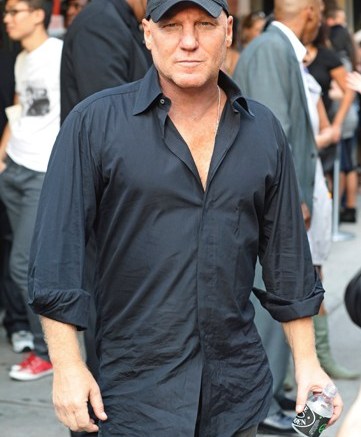 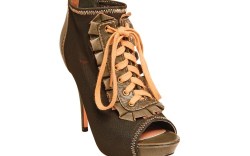 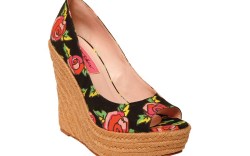 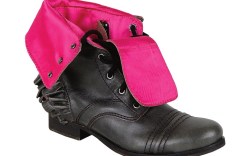 NEW YORK — Hot on the heels of the Betsey Johnson acquisition, Steven Madden Ltd. wants to continue its buying spree.

The company will in March drop its first collection of Betsey Johnson footwear since purchasing the brand last October, but also has been hard at work signing new deals.

Steve Madden, the founder of his eponymous company, told Footwear News in an interview last week the firm is making at least one acquisition “very imminently, in the next 60 days.” Madden did not reveal more details other than saying the new purchase encompasses both footwear and accessories.

She added, “It used to consist of just dress shoes, really, but now we have styles across each category. For spring there are espadrilles with great prints, and new combat boots. It’s definitely a new aspect that the old license did not have.”

Madden said the acquisition of Betsey Johnson “was an opportunistic situation [that] we took advantage [of]. We were already making the bags and we loved Betsey, both the brand and the designer.”

His company took over all of Betsey Johnson’s intellectual property when it bought a $48.8 million loan from the brand’s creditors for $27.4 million.

Included in the deal was the brand’s footwear license with Titan Industries, which had held it for six years. Titan’s CEO, Joe Ouaknine, said the business was recording a double-digit increase year-over-year.

Analysts have pegged Betsey Johnson’s total annual revenue at $60 million. While footwear makes up 10 percent of sales, Madden wants to triple that by the end of 2011. The firm also expects the Betsey Johnson business, as a whole, could add 10 cents to its earnings per share next year.

Immediate plans are to keep Betsey Johnson within its existing distribution, with a focus on better department stores such as Nordstrom, Dillard’s and Macy’s, as well as to lower the average selling price of the shoes by 20 percent, to between $90 and $150. “We’re bringing down the price points to make it more acceptable to the audience that’s already there,” said Madden.

Zegans noted that the brand’s intangible assets, such as “its great DNA and history,” have proved invaluable to the design team so far. “[Betsey’s] brought over incredible things that she’s done herself that we’re using now, like outsoles with amazing prints for the shoes.”

For her part, Johnson is relishing the new partnership with Madden — whom she says is “in love with my brand” — as well as her newfound creative freedom with the firm.

“Now I can [design] the shoes of my dreams from soup to nuts,” Johnson told FN in an e-mail. “The printed shoes are my favorites. They match my ready-to-wear collection and are the most unique of all. The shoes are the most ‘me’ ever: They’re hot, sexy, pretty and punky, [ranging] from combat flats to high-heeled stilettos.”

Johnson added that her fall collection, which will be unveiled at FFANY this week, will fuse the glitz and glamour of uptown Manhattan with the funk and cool factor of downtown.

For now, Madden said, his firm’s focus is on beefing up sales, rather than retail expansion, even though his firm owns 10 percent of BJ LLC, the vehicle through which Betsey Johnson’s 69 retail stores are run across the U.S., Canada and the U.K. Castanea Partners, which acquired BJ LLC in 2007, remains the majority owner.

Madden has even stopped making footwear for ready-to-wear brands showing at New York Fashion Week this season — such as Zac Posen, Jill Stuart and Alice + Olivia — and will instead concentrate on producing the Betsey Johnson line.

“Our focus now is on Betsey. The only thing that matters to me is that my constituents love what we make, and that’s the thing about Steve Madden. It’s hard to quantify, but everybody loves what we do and it seems that we succeed in pleasing the customer,” said Madden.