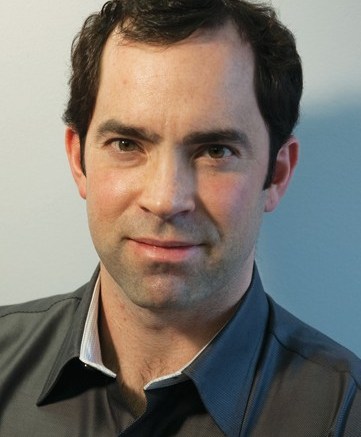 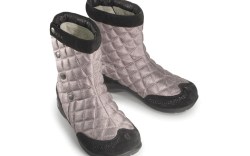 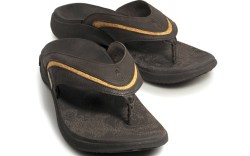 After 10 years in the insole market, Sole is looking to make a bigger splash in footwear.

The Calgary, Alberta-based company first launched shoes in 2008 with a series of sport flip-flops, and sales in the category have doubled each season as the line has grown. Today, footwear represents 15 percent of the company’s business, and CEO Michael Baker projects that in the next three to five years, it could match sales for insoles.

“We’re still new to the game and have a limited offering,” said Baker. “And while the 2011 stuff is good, the 2012 product is a lot better. It will get to 50 percent pretty quickly.”

Sole’s move from components into footwear follows a familiar path: New Balance started in 1906 with a single supportive arch insert, and Birkenstock was making footbeds more than 100 years ago. More recently, Italian rubber specialist Vibram turned its outsoling expertise into FiveFingers, a shoe line helping to drive the minimalist movement.

But jumping into a new category comes with challenges, including longer lead times, new manufacturing and sourcing concerns and increased involvement in back-end shipping and warehousing. Competing in a broader market also means trying to take wall space from proven competitors who have the advantage of established relationships.

Still, Baker said, if the risks pay off, the brand will create better name recognition and gain a stake in the larger market. (In core running and outdoor shops, insoles represent 5 percent of the footwear category, according to Boulder, Colo.-based marketing research firm Leisure Trends Group.)

Founded in 2001, Sole started with fewer than 50 accounts. Today, the company’s products are sold in more than 4,000 doors in North America, including running shops, outdoor stores, comfort accounts, ski shops and medical and clinical retailers. And since 2003, the firm has grown its international presence through distributors in Australia, Scandinavia, South Korea, Israel, Japan and South Africa, and through a U.K. subsidiary.

Sole’s first products — two models of $40 heat-moldable insoles for men and women — grew out of Baker’s own search for back-pain relief. Since the initial launch, Sole has expanded its insole program to seven styles approved by the American Podiatric Medical Association, ranging from $45 to $56. Included are signature styles for ultra-runner Dean Karnazes and mountaineer Ed Viesturs, and dedicated snow sports product with skier Chris Davenport, starting in fall ’11.

But while the insole business has allowed Sole to grow to about $15 million in projected sales for 2011, footwear has been a goal from the beginning.

Insoles are inherently limited by the shoes they go into, explained Baker, while creating footwear allows Sole to control the customer experience.

After debuting flip-flops inspired by the insoles in 2008, the brand two years later added casual sandals made with recycled cork. For fall ’10, Sole delivered its first closed-toe product, a slipper-like bootie called the Exhale, made with a water-resistant polyester upper for men and women.

Operating in that bigger market has meant some adjustments. “There are a lot more dollars at play in footwear. It’s tougher competition, with bigger players involved,” Baker said. The brand’s Exhale launch, he added, was quieter than it could have been because the company, still struggling with different lead times, was showing the product three months after many of its competitors.

To help drive sales, Sole has added personnel, with seven or eight of the company’s 45 staff members dedicated solely to footwear.

And while the response to the Exhale met expectations, Baker said the company has responded to retailer feedback and is streamlining the design and slimming it down for its second season this fall.

“We’re doing what we can to get designs to where they need to be,” Baker said. “We’re upgrading all the time.”

At comfort and medical store Shoes-n-Feet in San Francisco, owner Chris Bentvelzen said Sole is the store’s leading flip-flop brand, and he has increased his order for spring, taking additional colors.

And Sonya Estes, president of Lakewood, Colo.-based running store Runners Roost Lakewood, said this spring her shop will bring in its first order of the sport sandals after four years of success with the insoles.

Robb Finnegan, co-owner of Fit Right NW, a two-store running shop based in Portland, Ore., said Sole’s flip-flops have consistently sold well since their debut and are a natural add-on for the brand’s insole customer.

However, he added, customers haven’t responsed as well to the slides and the Exhale bootie, so the store won’t bring them back next season. But Finnegan said he remains open to Sole’s revised and new footwear styles. “They have potential,” he said.

For his part, Baker continues to look ahead. This month, Sole will deliver its first shipment of premium leather flip-flops, based on the same platform as the sport sandals.

And next fall, it will branch out into winter gear, adding a beefier outsole to its Exhale platform while slimming the profile and raising the shaft height to make winter boots for both men and women.

“We see ourselves as concerned with lower-extremity foot comfort, which would include footwear, socks and footbeds,” said Baker. “We want footwear to be a much bigger business [for us], and it feels like it’s en route.”