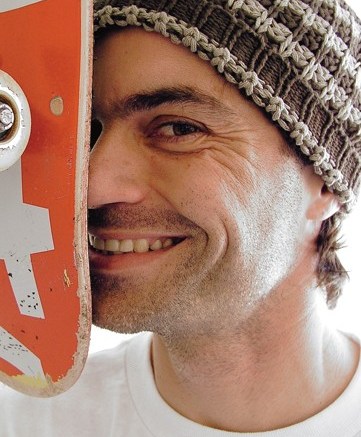 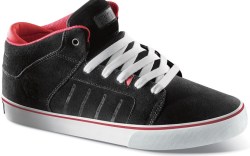 When Pierre-André Senizergues founded Etnies in 1986, he was thinking long term, and that meant a consistent commitment to green.

“For me, it was really about the future,” said the CEO, a former pro skateboarder. “It’s always been about inspiring youth and creating a place where they can live and enjoy life. So the environment has a big role to play with [the business].”

To commemorate the company’s 25th year, Senizergues has unveiled an ambitious strategy that will take the Sole Technology family of action sports footwear and apparel brands to a new level of sustainability, and technology developed by the group’s in-house lab is central to the plan. Called STI Fusion, the method of producing vulcanized shoes significantly reduces energy use, emissions and manufacturing time. The Fusion process, Senizergues said, should be a major step in the company’s efforts to be carbon neutral in 2020, and are the realization of a long-held goal to improve the vulcanization process.

“Every time I would go to the factory, I would see the big ovens, using so much energy and water, and it always bothered me,” Senizergues said. “I wanted to find a system to make shoes that didn’t use as much energy. And we figured out a way.”

STI Fusion, which the company has been actively researching for the last two years, fuses a sole’s upper, midsole and outsole together, eliminating almost all the glue used in traditional vulcanization and reducing processing time by 80 percent, to 30 minutes down from 150.

Senizergues said lab tests have shown that the new construction is more lightweight and durable than a traditional construction because there are fewer elements involved and no seams, which wear down under pressure. The manufacturing efficiencies are more cost-effective as well.

“We haven’t found any drawbacks so far, and we’ve been testing for a few years,” he said. “It makes me think, ‘I wonder why no one has thought of this before?’”

The company is still measuring the impact the new manufacturing process will have on its emissions and overall footprint, but Senizergues said it could be substantial: Vulcanized shoes make up almost 40 percent of the Etnies line. Still, not all the vulcanized styles will be manufactured using STI Fusion for fall ’11.

“It’s a new process. There’s a lot of work to do with the factories, and it takes time to ramp up this process,” he said. For the initial rollout, five styles across the brand portfolio will use the process, including the Etnies Malto LS Fusion and Fader Vulc Fusion, which will deliver early in March, and the new signature shoe for Etnies athlete Ryan Sheckler, the Sheckler 5, which deliver in June.

Retailers said they have been impressed with the STI Fusion styles as skate product, and the reduced impact was a welcome extra.

“People in our industry are very aware of their environment,” said Matt Pindroh, owner of Liberty Board Shop in Brea, Calif. “If they have the option, they will choose [green] product. We’ve done different initiatives over the years, and they’ve always been good sellers. Once the [STI Fusion] story gets out to the public, it’s an added incentive to buy.”

Tim Reardon, co-owner of Frederick, Md.-based skate and snowboard shop Pitcrew, said his customers will be impressed first by the shoes and then the green element. “They got the product correct, and the story of it is an added bonus,” he said.

Additional plans for the year include the release of the Etnies Jameson 2 Eco this month. While the brand has used eco-sensitive materials like recycled PET, organic cottons and hemps and recycled rubber in past seasons, the new style will incorporate recyled bike tires and rubber gloves into the outsole and reclaimed PET linings.

And for each pair made, Senizergues said, Sole Technology will plant a tree in Costa Rica. It plans to work with the indigenous Indian population there to plant a minimum of 35,000 trees in the Costa Rican rainforest in 2011, beginning in late spring. Senizergues said the idea came to him several years ago during a visit to the country, and its national commitment to reducing emissions sealed it.

Looking ahead, Senizergues is optimistic that his company will reach its carbon-neutral goal — and might be able to do it without offsets, no matter how far-fetched that concept seems now. So far, thanks to solar panels on its headquarter’s roof, a biodiesel commitment and manufacturing measures, Sole Technology has been reducing its emissions significantly, Senizergues said. Last year, the firm saw a 14 percent reduction.

“We keep on reducing [our carbon emissions] by double digits every year,” he said. “And I know people will come up with [further] innovation to reduce emissions.”

He’s also confident that pace can continue well into the future — even past 2020. “When I talk to my team, I talk about the next 100 years,” he said. “Our solar panels are guaranteed for 100 years, so we’re going to make them part of the 100-year plan.”