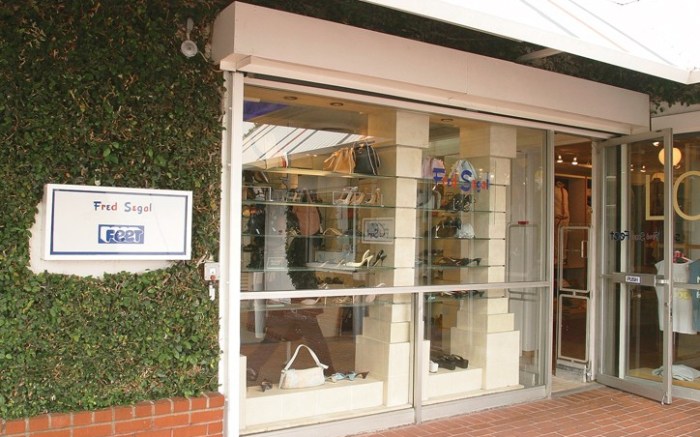 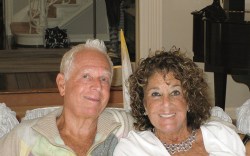 Owners Stanley and Patti Silver have sold the business to Dallas-based Gregory’s. Terms of the deal were not disclosed.

For Stanley Silver, the time had come to part ways with the store, freeing up the couple to pursue travel, time with their grandchildren and charity work.

“Believe me, we have plenty to do,” Silver told Footwear News. “[Patti] has been in the shoe business for over 28 years, and I’ve been in it more than 50. After 40 years running Fred Segal Feet, it was time.”

The sale was completed late last year, and the new owners are already doubling the size of the sales floor to 1,200 square feet by relocating all stock to an upstairs area.

Stanley Silver said he had a number of offers, but chose Gregory’s and owners Larry Matney and Jon Harris for their love of the business and fashion sense.

“[Larry] has a great passion for the business. His work ethic is tremendous and he is, in my opinion, very creative,” Silver said. “I chose him because I felt he could take our store to the next level and beyond. We felt Larry was the person who understood our store.”

For his part, Harris said he planned to test the waters with avant-garde footwear styles that push the fashion limits.

“We’re going to put in new shoes every week and see what works best, and then we’ll dominate that area,” he said.

Vendors last week reminisced about the Silvers’ tenure and the legacy they leave behind.

“We had a long relationship with them and they were the most creative and innovative retail store in the greater Los Angeles area,” said Alain Baume, president of Vicini USA, the stateside arm of Giuseppe Zanotti. “Patti had a great eye, different from other buyers. She knew her clientele very, very well. We’re very sad to see them leave the industry. The shoe industry will miss them as people, and consumers will miss them as tastemakers.”

In 1957, Stanley Silver joined a training program at Florsheim and rose to become its VP of sales while also serving on its board of directors. The couple relocated to Los Angeles in 1968.

While working as a sales rep for Nunn Bush and Brass Boot, Stanley began opening leased shoe departments, including the Fred Segal Feet location, which at the time sold mainly men’s shoes. In the early 1980s, Patti Silver assumed buying duties for women’s footwear and the store took off, attracting actors, musicians, stylists and fashionistas of all stripes.

Jacqueline Bonfini, senior sales manager for accessories at Yves Saint Laurent, said she would miss Patti’s style and approach to buying, not to mention her personality. “She would just know exactly what to buy,” Bonfini said. “Patti has such an amazing eye. And she’s just so fun, too. I’m really going to miss her. I always looked forward to her appointment to see what she’d pick out.”

And even as they step out of the business, Silver said he wished the new owners the best and hoped they’d continue the store’s reputation as a destination for cutting-edge footwear. “We hope the two of them will make us proud,” he said.