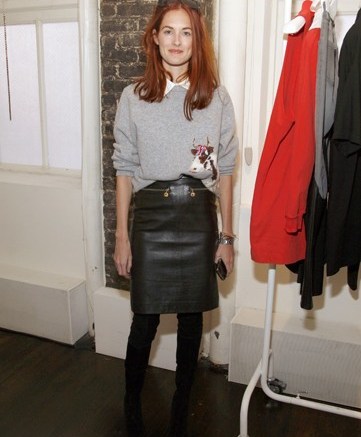 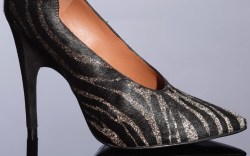 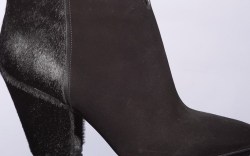 The label, which was acquired by Marc Fisher Footwear in 2006 before founders Kari Sigerson and Miranda Morrison parted ways with the company last March, showed off a downtown cool-girl range designed with creative consultation from former Marie Claire style and accessories director Taylor Tomasi Hill.

Though Tomasi Hill recently traded in her gig at the Hearst glossy for an artistic directorship at luxury site ModaOperandi.com, she will remain onboard with Sigerson Morrison as planned, according to the brand. Highlights from the newest offering include Western boots with pony hair, high-cut asymmetrical pumps and a plethora of royal blue suede styles.

The Belle by Sigerson Morrison collection retails for $175 to $250, while Sigerson Morrison ranges from $300 to $450. The shoes are available at Neiman Marcus, Bloomingdale’s, Saks Fifth Avenue and major retailers.