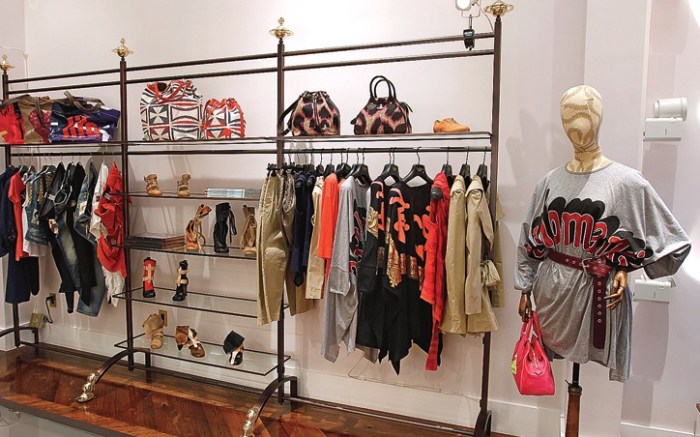 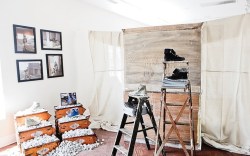 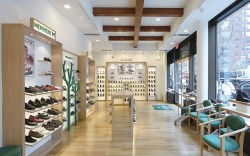 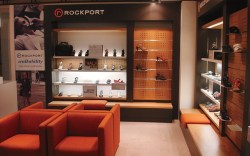 VIVIENNE WESTWOOD COMES TO U.S.: With an expansive, three-floor, 10,000-sq.-ft. retail space, Vivienne Westwood Ltd. opened its first U.S. store last month in Los Angeles. Cristiano Minchio, CEO of the Americas division, said L.A.’s elite are connecting with Westwood’s avant-garde designs. “In Los Angeles, people are more free and adventurous with fashion, and that’s one of the reasons we chose the city for our first U.S. freestanding boutique,” Minchio said. The store’s first floor serves as its main selling space, while the second floor is used to service wholesale accounts and the third level features a rooftop terrace. The décor is consistent with Westwood’s other international locations, inspired by classical Parisian hotels. Footwear is on display throughout the store. “Our shoes are a stylistic and cultural motif and represent our contribution to fashion history,” Minchio said.

PALLADIUM POPS UP AT SATINE: Boot brand Palladium, owned by K-Swiss Inc., debuted its first pop-up shop on April 9 on the second floor of the Satine boutique in Los Angeles. The store features the brand’s new Lite boots, weighing less than 8 ounces, and will stay open until May 9. Barney Waters, Palladium’s VP of marketing, said Satine was the perfect platform to connect with trendy female consumers. “Satine is an ideal store to reach the most fashion-forward women in search of what’s new and what’s hot,” he said. The space also features a gallery of 12 still images from the brand’s latest urban exploration film, “Hidden Gems of L.A.”

MEPHISTO BOWS IN NEW YORK: Mephisto is planting roots in New York. Earlier this month, the French comfort brand bowed a flagship at 1040 Third Ave., its first corporately owned location in the U.S. Currently, there are 23 independently owned Mephisto shops in the States. The 3,000-sq.-ft. location features a light, contemporary design, accented with wood ceiling beams. It showcases the full range of Mephisto product, including the Allrounder, Sano and Mobils collections. “We waited [until now] because New York is so important to us,” said Rusty Hall, president and CEO of Mephisto USA, noting that the company benefited from attractive rents. “We really wanted to showcase the brand in a way we could do best. It was the right time, opportunity and location.” — Barbara Schneider-Levy

ROCKPORT OPENS IN IRELAND: After bowing a shop-in-shop in Ireland’s Clerys Department store last October, The Rockport Co. opened its first dedicated retail store in the country on April 20, on Dublin’s Wicklow Street. The 236-sq.-ft.space also marks the debut of the brand’s new retail concept, with inventory maintained on the main selling floor. Matthew O’Connor, GM of the U.K. and Ireland, said the timing was right to enter the market due to favorable leases for space. “In the current climate, there are some great retail opportunities that will allow us to showcase our brand in the best possible way,” he said.

MODELL’S DEBUTS SECOND POWER STORE: Modell’s opened its 147th store, in Ramsey, N.J, earlier this month. The 8,450-sq.-ft. location is the second of the retailer’s “power formats,” which are designed to fill a smaller footprint. (A typical Modell’s store is 13,000 to 18,000 square feet.) “The beauty of the Modell’s power format is that we have the flexibility to tell a full merchandise story to our customers, whether it be within an 8,000-sq.-ft. area or 18,000 square feet,” said President and CEO Mitchell Modell. “It opens up a world of opportunity and allows us to deliver on the needs of customers in geographic areas that previously may have been difficult to serve, due largely to space limitations.”