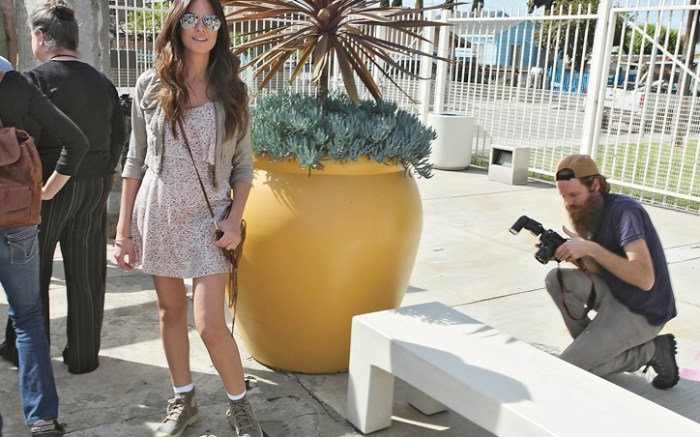 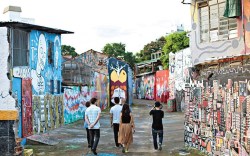 Online video is gaining a prime audience within the footwear industry.

While athletic brands have long embraced the media, shoe companies from other categories are now turning to the Internet to reach a new generation of consumers who’ve been desensitized to traditional marketing approaches. And with the number of people viewing online videos in the U.S. expected to reach 195 million by 2015, according to consulting firm eMarketer, footwear companies are increasingly incorporating online videos or branded entertainment into their marketing strategies.

Chris Raih, co-founder of Venice, Calif.-based marketing firm Zambezi, which has created online videos for athletic brands Li-Ning and Teva, said the ability to share online content is the key attraction for marketers. “You’ll probably get more reach and frequency with traditional media, but it’s more of a passive impression compared with getting a link from a buddy and spending three minutes watching a video,” he said. “It’s a higher-quality impression because the viewer is spending time consuming that content instead of having it thrust upon them.”

In fact, said Chris Schreiber, director of marketing for video seeding firm Sharethrough, which helps distribute videos and boost viewership, a person is three times more likely to view a video if it came from another person, rather than if it was a paid placement. He added that viral marketing is traditionally directed at people in the 18- to 34-year-old demographic.

“If someone shares a video, that’s essentially an endorsement of that brand,” Schreiber said. “Online video has become one of the main entry points for brands to start the conversation and get to know consumers.”

Havaianas got more serious about its online video strategy when it launched a series of Web shorts in May featuring Staple Design founder and creative director Jeff Staple. U.S. marketing director James Anstey said creating branded entertainment is a way for Havaianas to pull in new consumers.

“Consumers today choose what they want to participate in, so creating [branded videos] is much like dangling a carrot in front of them and seeing if they’re interested,” Anstey said.

Timed to coincide with the launch of its collection of closed-toe shoes, Havaianas’s three videos revolve around Staple touring the city of São Paulo, Brazil, instead of focusing primarily on product.

“We want the watcher to take away key attributes of the brand after they watch it,” Anstey said. “It’s less about consumers wanting to buy the product and more about how they feel about the brand afterward.”

Films made for the Web present such an effective communication tool that they are now the foundation of Palladium’s marketing approach. “A lot of brands might allocate 5 percent of their marketing budgets to creating branded entertainment, but for us, it’s 100 percent of our strategy,” said VP of marketing Barney Waters. “Our philosophy is to create something entertaining and shareable and have the brand message delivered organically through that content.”

Palladium’s “Urban Exploration” series, which airs on its website, is a collection of documentary-style videos that emphasize the theme of exploration while showing little-known places in cities like Los Angeles, Detroit and New York. And for its fall ’11 marketing campaign, the brand will film a digital short in Japan featuring musician and producer Pharrell Williams. Previous videos have starred actors Odette Annable and Johnny Knoxville.

One clear advantage of brand-driven content is that its impact can be measured in a more straightforward way than traditional marketing, said Waters. “On the Web, everything is measurable. The easiest measurement is an increase in Web traffic, and you can also track conversion in sales,” he said.

Companies also enjoy a unique interaction with potential consumers through videos. Earlier this year, Shoedazzle.com went to existing customers to collect 20-second testimonials that also could be shared via email, YouTube, Twitter and Facebook.

More than 70,000 videos were seen within one month of launch, and the company was able to track more than 1,000 resulting sales transactions. On average, the viewers watched nine clips at a time, and an average of 2,000 videos were screened each day, according to the company.

High-end women’s brands have also used digital videos to preview upcoming collections. In lieu of holding a traditional fall ’11 presentation, Mechante of London opted to premiere a short film, made in collaboration with designer William Tempest, to an audience of bloggers and journalists.

Deborah Lyons, president and designer of Mechante of London, said customers can relate to short films more than traditional lookbooks, even when the videos don’t showcase specific product.

“Film, rather than static imagery, is a much stronger way of creating a brand identity as it’s more of a sensory and sensual experience,” Lyons said. “The Internet is the perfect showcase for fashion film because it can reach such a wide audience so quickly.”

It’s also a budget-friendly option, giving the brand a good return on investment.

“You can see why brands are more interested in going into online video,” said Zambezi’s Raih. “It allows them to spend less money on media outreach, especially if they’re targeting young consumers.”

“It would cost us a lot more money to run an effective television ad or billboard campaign and be able to reach that many people,” he said, though he declined to give exact figures.

Havaianas’ Anstey said the cost of creating online content can run the gambit. “A 30-second TV spot can run upward of $1 million, whereas we can create decent [online] content [for] about 1/25th of that cost,” he said.

And though the benefits are numerous, videos won’t necessarily translate into more sales or a lift in brand health. “It’s easy to say views measure [support], but hopefully once you’ve got interest from a consumer, you can turn it into a deeper social media interaction,” Raih said. “At the end of the day, [brands] are looking to [generate sales].”