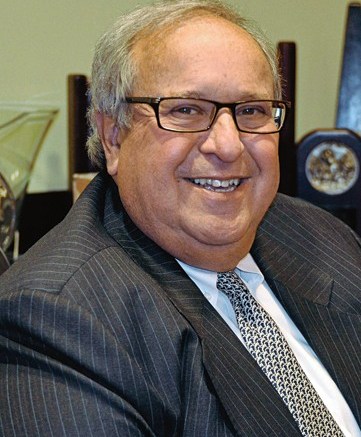 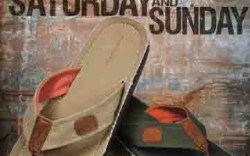 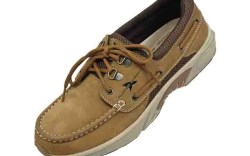 NEW YORK — Bernie Leifer is marking his 30-year milestone at The SG Cos. with an aggressive growth push.

The president and CEO of the 115-year-old privately held company — once a slipper-centric business — is expanding into new categories, inking lucrative licensing deals, growing the Rugged Shark outdoor brand and ramping up internationally.

“All our divisions were up in 2010, and they will be up in even greater percentages this year,” Leifer said.

He added that the firm, which includes SG Footwear, SG Messer, SGI Apparel Group and Rugged Shark LLC, has a diverse product range that is giving it an edge in a challenging retail climate.

“We’re selling in every channel … from Family Dollar to Nordstrom,” Leifer said.

The company also has tapped into the hot outdoor space with Rugged Shark, acquired in 2009. “We have had a very profitable return on our investment in the second year,” Leifer said. “It’s gotten great reception from retailers.”

Large merchants such as Bass Pro Shops, Academy Sports & Outdoors and Zappos.com all stock the brand, which is targeted to the fishing market with the tagline “Aggressive footwear for serious anglers.” And Rugged Shark is endorsed by two well-known fishermen: “Bassmaster Rookie of the Year” Bradley Roy and veteran angler and TV personality Bill Dance.

That specific focus, as well as the shoes’ lightweight and comfort features, help differentiate the collection in a crowded boat shoe market, Leifer said. The recent momentum is giving the company confidence to take Rugged Shark into new territory.

The women’s business is one growth area, and a performance apparel line will launch for fall ’11 and roll out in stores next year. International growth is also on the agenda, with Brazil topping the list of target countries. Over time, Leifer said, Rugged Shark could potentially expand into new categories such as sunglasses, knives and bags.

“It has a limitation as a fishing brand, but that doesn’t mean we can’t make it a lifestyle brand,” Leifer said. “It’s difficult to know how big it can be, but we know when we have to throw more juice into a program. We’re not afraid to take risks.”

The success with Rugged Shark also paved the way for SG Footwear to produce private-label offerings for outdoor retailers.

Meanwhile, the company continues to beef up its licensing business. While it is well known in the children’s and character arenas, the SG Messer division has steadily added juniors’ and adult brands, including Izod, Perry Ellis, Sugar and Dockers. Under licensing agreements with these labels, the firm produces hanging seasonal footwear, primarily flip-flops and slippers.

Dockers tapped SG Footwear to produce slippers beginning in 2004, and based on the success of that venture, it expanded the licensing agreement two years ago to include flip-flops. “They have been a great partner in developing the business,” said David Galpin, VP of Dockers Licensing. “We have grown significantly over the last four years both in the U.S. and internationally.”

Last year’s deal with Sugar marked SG’s first notable move into the juniors’ arena. “It’s a very big market and we’ve flirted with it before,” Leifer said. “We believe we have the factory capacity and design team [to succeed].”

Even as it expands into new markets, the company has not taken its eye off the children’s business, which accounts for between 25 percent and 50 percent of the overall business, depending on the brand mix.

Among the newer licenses are Thomas the Tank, Pillow Pets, Lego, Alvin & the Chipmunks and Transformers. In total, the firm produces 16 children’s brands and is always on the hunt for new additions, said Leifer.

But the CEO acknowledged that the business isn’t as easy as it once was. “Not only are there fewer retailers today, there are many licensors who are going directly to the stores. You’re seeing Payless and Walmart doing direct deals,” he said.

More competition is just one issue affecting footwear vendors, Leifer said. The sourcing situation in China is also contributing to an uncertain environment.

“It’s a big issue, and it’s very complicated,” said the executive, who serves as chairman of the American Apparel & Footwear Association’s footwear division. “There’s no question that there is going to be inflation, but we’re doing everything we can to keep pricing as even as possible. We’re still selling more for fall, but the ultimate challenge is the consumer.”

Still, SG is banking on solid growth in the next few years as it continues to tap into new areas such as apparel, which accounts for about 10 percent of the business. And Leifer isn’t ruling out further acquisitions, either. “People always ask if we’re for sale, and I say no, but are you?” he quipped.

“The world is changing very fast,” Leifer added. “You can either sit there and complain or you can create new opportunities, and that’s what we’ve done.”