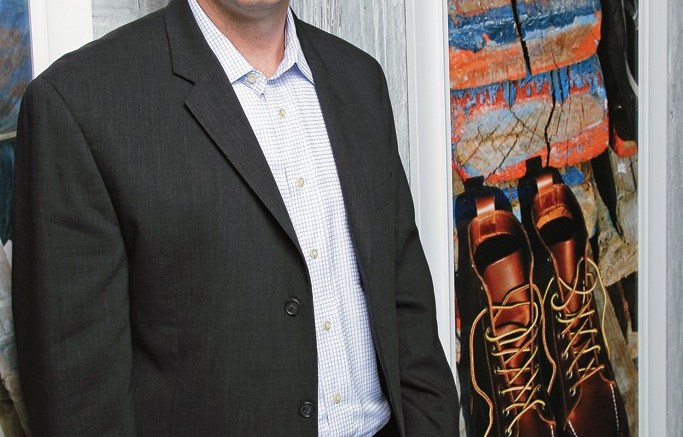 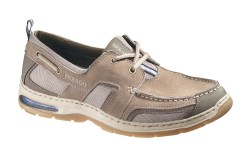 Sebago made its name in the boat shoe world, but the brand is looking to fashion to help reach the next level.

Known for its nautical shoes and handsewn styles, the brand struggled a few years ago to keep its traditional product relevant and move it forward.

“As a brand, we were known for two shoes: our boat shoes and our classic penny loafers. And you really can’t build a business off those two items,” said Gary Malamet, VP and GM of Sebago, a division of Rockford, Mich.-based Wolverine World Wide Inc. “We realized we had to take a much more top-dollar approach because we were in the middle.”

As a result, Sebago began collaborating on classic styles with retailers, designers and bloggers. As part of the 40th anniversary of the Docksides boat shoes in 2009, Sebago reimagined its classic look with the help of streetwear label Vane, Parisian retail powerhouse Colette and others. And under Malamet, who joined the brand in October 2009, collaborations and partnerships have accelerated.

“The company was trying new products, but it wasn’t exciting enough or, more importantly, the consumer didn’t really relate to or understand Sebago because the brand awareness at that point in time was very small,” Malamet said. “I had recognized that if anything was getting attention [it was the collaborations]. That’s where the cool stories were starting.”

In June 2010, the brand launched an ambitious effort to both shake up the product and increase awareness through the Nexus Project, a collection of limited-edition shoes created by influential streetwear bloggers and spearheaded by designer Ronnie Fieg. Happy with both the sales and the number of impressions the project garnered, Sebago decided for spring ’11 to make collaborations a permanent part of the mix, launching a separate line called the Artisan Collection.

“We wanted to not only bring them on but develop them into their own category where they represent something for Sebago — not once a month, not every six months, but year-round,” Malamet said.

For spring ’11, the Artisan Collection included 30 styles, representing roughly 20 percent of Sebago’s style total. So far, its sales don’t account for as large a portion of the business because of the limited quantities and its lower popularity compared with the classics. But Malamet predicted sales could get there, especially as new collaborators are added to fuel an increased focus on women’s product through fall and spring.

“Through the Artisan program and through our collaborators, we’re able to get that extra attention that our classics needed as well,” Malamet said. “When you go into any of these hip and cool stores today, you’re going to find hip and cool styles, but you’re also going to see our bread and butter. You’re going to see our classic Docksides in our classic colors. And truly, that’s what ends up driving the business in many cases.”

Internal changes have helped reinvigorate the main line, too, he said. “We’ve actually done a lot of shaking up. We are working today with an almost completely new team, and it’s a team we’re constantly looking to enhance and expand.”

The changes have paid off, according to the brand. Sales grew 15 percent in 2010 and are on pace to grow 29 percent in 2011. And the brand is now stocked in both top-tier department stores such as Nordstrom, Saks Fifth Avenue and Bloomingdale’s, as well as fashion boutiques including Brooklyn Circus and Fred Segal.

Susan Boyle, owner of Rime streetwear boutique in Brooklyn, N.Y., said the Artisan Collection styles have done well at her store. “What I like about them is they’re like a traditional shoe, but they’re not just your father’s shoe,” she said, adding that the more fashion-forward styles have made her take a second look at the main line. “It helps the basic stuff sell.”

For its core segment, Sebago is launching a new performance line of nautical shoes called Triwater, a five-style men’s line, for spring ’12.

Nautical retailer West Marine will stock styles from the Triwater collection, as well as some of the more fashion-forward traditional shoes, at select stores for spring ’12, said footwear category manager Alison Garcia. “[Sebago] is definitely a well-known brand in our market, and it’s starting to come up with styles that are different from what I might find from [other competitors],” she said. “[Triwater] has some very interesting and applicable technology that’s perfect for our customer.”

Performance shoes, Malamet said, could mean big business for Sebago. “Right now, our performance footwear has probably been about 10 percent [of sales],” he said. “And quite frankly, I not only see this as our next biggest growth opportunity, I also see this as our biggest product category.”