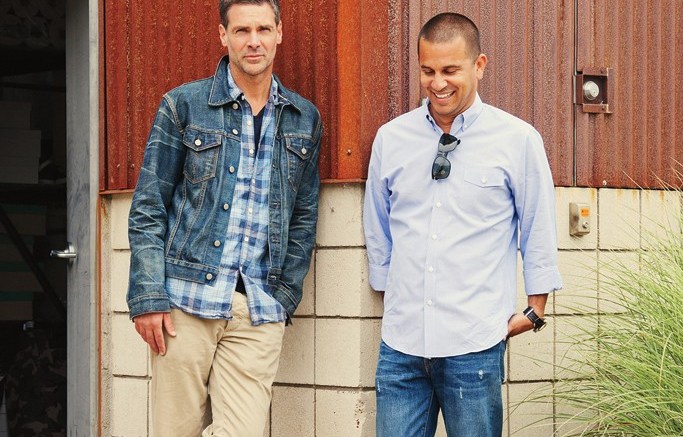 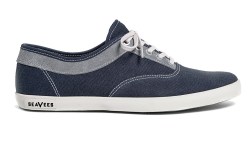 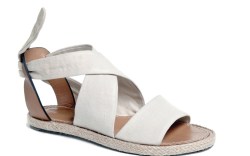 SeaVees is bringing retro California cool to the women’s market.

Known primarily as a men’s brand with athletic influences, SeaVees began seeding women’s product last year to Jeffrey in New York and Atlanta, and to Conveyor at Fred Segal in Los Angeles. Now the label is preparing to launch a full women’s collection for spring ’12.

“It’s our first attempt to open up the brand and do some things that are still true to the brand and to our consumer,” said Steven Tiller, who heads the Santa Barbara, Calif.-based label with partner Derek Galkin. “It’s natural, organic [growth].”

Tiller said some of the women’s offerings are takedowns of men’s styles on women’s lasts. In addition, the company has used established elements in the men’s line and reimagined them into true women’s shoes.

For example, for spring SeaVees will introduce the 0965 Arabica sandal, which puts sandal straps made of dyed twill on an espadrille footbed.

“What you don’t see from us — and what we won’t do — is reach too far,” said Tiller. “You won’t see us put [one of our established shoes] on a kitten heel or do peep-toe or wedge versions. We want to stay true to what we love about the brand, and have [growth] happen naturally.”

Galkin said that while the company is focused on slow, organic growth, the women’s collection could become a large part of SeaVees’ business.

“One day, it could be larger than men’s,” said Galkin. “But we’re also letting the brand take its course.”

The SeaVees brand originally debuted in 1964 by B.F. Goodrich and was then sold to Converse. After the brand sat dormant for nearly 40 years, Tiller and Galkin formed a new company that launched in spring ’08 with a men’s collection inspired by the 1960s California lifestyle. Shoes range in price from $78 to $210. Each shoe is a reinterpretation of elements of shoes from that era, with an updated twist.

“We celebrate the California 1960s lifestyle, and every style we have is inspired and named after a date when something of significance happened in California in [that decade],” said Tiller. “Our design philosophy is ‘respectful rehabilitation,’ and that means taking something from the past and being respectful with its history, [while being] bold enough to recreate it in a modern way.”

For fall, SeaVees will debut the 0961 Volunteer Plimsoll to celebrate the 50th anniversary of the launch of the Peace Corps. The shoe will be sold exclusively on the brand’s website and at J.Crew. A portion of sales will be donated to the Peace Corps. The style will be available to other retailers in January.

“It’s a super-cool, low-profile shoe,” Tiller said. “It has that attention to detail that we pride ourselves on.”

The brand also has an exclusive agreement with Pantone for spring to produce co-branded shoes using colors from the Pantone archives.

It’s that sense of narrative that has helped the brand grow to more than 200 doors and made it appealing to Jeffrey Kalinsky, EVP of designer merchandising at Nordstrom and founder of the Jeffrey boutiques, which were the first to carry the label when it launched.

“We met with Steven, and I was very impressed with the SeaVees story,” said Kalinsky. “I love product that has a story. It’s hard to find [lines] that I describe as lifestyle product that feels very authentic, [and this] felt authentic to me. It was love at first sight.”

Los Angeles-based American Rag Cie shoe buyer Courtney Rotolo said that beyond having an interesting storyline, the brand also has filled a void in the men’s marketplace.

“[SeaVees has] done a great job of bridging the gap between a sneaker and a dress shoe in a way that’s unique,” she said. “For us, especially in California, it translates really well with our customer because you can dress them up or down. It’s a clean, polished look.”

The appeal of the brand also translates across a broad consumer base, Tiller said.

“It’s a Brooklyn hipster who rides a fixed-gear bike and has a mustache, and he is the coolest guy in town,” Tiller said. “He’s also that Silicon Valley guy who might have lived through the 1960s and thinks of it as ‘his time.’”

He added: “When you think back on your life, and you think back to those days, you don’t think of the bad times; you romanticize the good times. That’s what we do with the 1960s.”