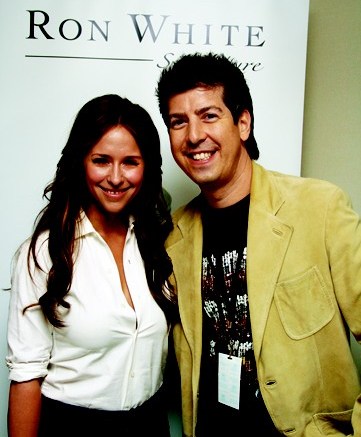 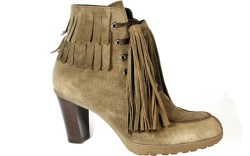 LOS ANGELES — Consumers are about to see a lot more of Ron White.

After 18 years in business, the Canadian retailer is expanding his presence with two new stores, a debut couture line and a move into wholesale both in Canada and the U.S.

Next month, White will bow a flagship store in Toronto’s Yorkdale Shopping Centre, which boasts the highest sales per square foot of any mall in Canada. A new store also recently opened in Oakville, Ontario, bringing the door count to seven, and an e-commerce site recently was unveiled.

On the product side, the retailer launched the Ron White Signature collection of couture and evening shoes earlier this month, priced at $550 to $750. The line includes heels and edgier styles for evening and special events, with signature white leather soles, and is being sold exclusively at White’s stores. The collection joins the Ron White All Day Heels line, retailing for $350 to $400, and the Ron White men’s shoe collection, selling for $250 to $400. All three lines are made in Italy.

White also is getting into wholesale. He said he began receiving interest from other retailers who wanted to carry the All Day Heels collection, while at the same time was facing pressure from his factories to boost production. “To keep lasts exclusive and materials exclusive, [the factories] said you have to significantly increase your volume,” he said. “I wasn’t planning on going into wholesale, but the stars aligned.”

For the spring season, San Francisco-based Arthur Beren is the exclusive U.S. retailer. The store’s buyer, Sid Burger, said White represented a unique combination of passion and product expertise that is already connecting with consumers. “When you meet someone like Ron and you believe in the person and you see there is validity to the product, it can be a win-win,” he said. “He came to our launch and he captivated our entire sales crew for a full hour. I’ve never seen anything like it before. He’s so full of energy.”

This fall, Lord & Taylor will launch the All Day Heels and Signature collections in its Fifth Avenue store in New York. The line also will expand to other independent retailers in the U.S.

Also for fall, White will grow the All Day Heels across Canada — to Vancouver, Calgary and Montreal — through a wholesale deal with department store chain The Bay, which is undergoing renovations that include revamped shoe departments with higher-end lines in select stores. White said an advantage of the collection is that fit and styling have already been tested to make sure the shoes resonate with consumers. “Every single last I’ve tested in my stores first,” said White. “I’m only putting into the wholesale collection the best sellers, the best fitters, the proven stuff.”

Looking ahead, White said he is in talks with several production companies about a reality TV show. While he could not disclose the premise, multiple concepts have been discussed.

White also continues to win over celebrities and other high-profile fans, including Jennifer Love Hewitt; Sarah Ferguson, the Duchess of York; Celine Dion; and Barbra Streisand, among others. “All of this has happened all at once,” said White. “My head is spinning, but it’s all good stuff.”