Rocket Dog Has a Busy Year Ahead 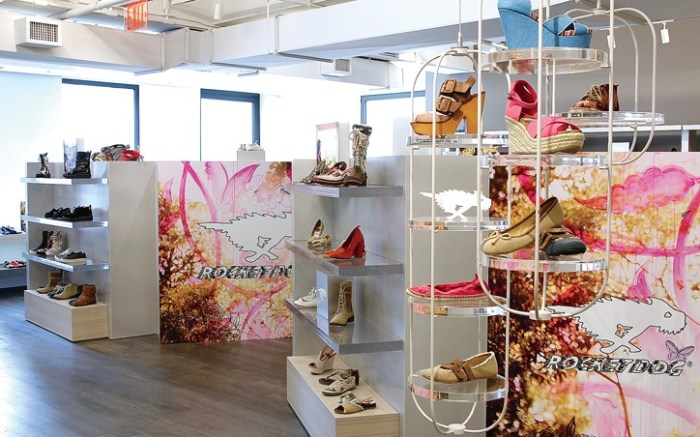 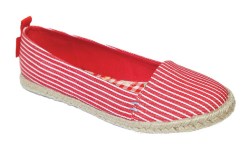 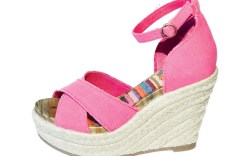 Rocket Dog is juggling several projects for the year ahead.

The Hayward, Calif.-based company will relaunch both the men’s and kids’ categories for fall ’11, open a larger office in Los Angeles early next year and introduce handbags for next spring. The firm also is working to expand its international presence, with Asia as a specific target.

“We are taking a strong position in the industry within the casual segment, with a range of product and categories,” said CEO Cathy Taylor, who took over the position in January 2010 after holding executive posts at both Phoenix Footwear and Cole Haan. “We’ve been strategic about our growth and the cohesiveness of the categories, so we’re expecting a good year for 2011.”

When the brand first launched in 1997, it was positioned with youthful styles for a 16- to 25-year-old consumer, at prices under $100. Then, last spring, Rocket Dog soft-launched its Unleashed line, which carries a higher price point of $89 to $159 and is targeted to 25- to 32-year-olds. Its retail accounts include Lori’s Shoes in Chicago and Shopbop.com.

Now the company is expanding its reach even further.

The revamped men’s and children’s product hits stores next month, produced under footwear licensee GMI USA Corp. (Elan Polo International’s license for both categories ended last spring.) The styles range from sandals to sneakers and boots for both lines.

Taylor said that after originally launching the categories in 2007, the brand is now targeting children and men, thanks to the partnership with GMI.

“We’re better set up to manage the consistency in our [brand] message,” she said. “From a design standpoint, we’re really focusing on the materials, prints and constructions. So consequently, we have a younger and more appropriate product for the consumer.”

And in an effort to reach more consumers, the brand will bow a handbag collection in Europe for spring ’12. If the test there goes well, Rocket Dog could bring the line to the U.S.

The company also will put a stronger focus on online and mobile components this year. It will introduce viral content to the e-commerce site, which launched two years ago, and debut e-commerce apps for the iPhone and the iPad next month.

“It’s really about conversing with [our customer]. She’s not a patient gal; she wants to buy [product] now,” said Taylor.

And with the addition of new lines, the brand plans to continue to expand its retail channels. Some of Rocket Dog’s largest domestic accounts include DSW, Zappos.com and Journeys, in addition to several independent stores.

Ruth Hartman, SVP and GMM of women’s footwear at DSW, said Rocket Dog is an established brand at the stores.

“Customers are drawn to the brand for its youthful spirit and unique detailing. We have a great business with the brand across several categories,” she said. “The leadership and design team at Rocket Dog continue to move the brand forward to position it for future growth.”

Meanwhile, a large part of Rocket Dog’s business also comes from its U.K. office, located just outside London. The outpost, which opened in 2008, has helped the brand gain retail accounts such as Schuh and Office Shoes. But for 2012, Taylor said the brand will focus on penetrating other markets, namely those in Asia.

To help accommodate the growth trajectory, Rocket Dog will roll out a new home in Los Angeles’ fashion district. The two-story building will house workrooms for designers and even serve as a marketing tool: A 30-by-20-foot billboard advertisement will sit on top of the roof.

“[The new space] allows us to work with our West Coast customers in a much more consistent way and connect with some of our L.A. trendsetters,” said Taylor. “This will also allow us to take our design development to another level and be a little closer to our [retail] customers in the concept stages.”

Ultimately, Taylor said, growth has been consistent for the brand, thanks, in part, to its place in the casual category.

“It’s not just how you’re growing but the position of your product in the industry,” she said. “[We want] what’s going to explode versus something that will just saturate the market.”