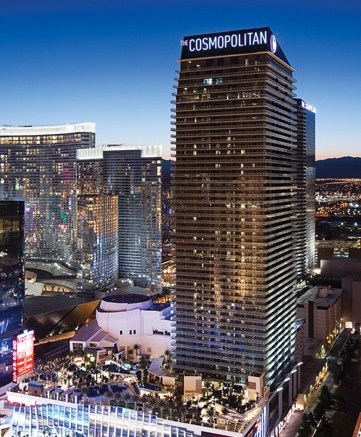 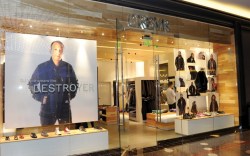 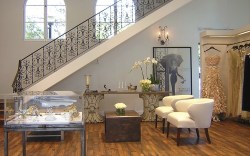 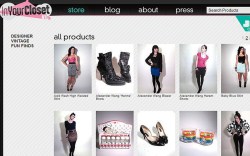 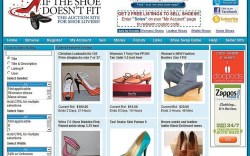 Cosmo Draws Boutiques to Vegas Strip
Sin City’s retail scene is getting a little independent spirit, thanks to new shops at The Cosmopolitan of Las Vegas. The resort, which opened in December, features 300,000 square feet of retail and restaurant space. A spokeswoman for The Cosmopolitan said hotel management reached out to top independent retailers across the country that operate only a single location. “Our retail offering is very different than anything else on the Strip,” said the spokeswoman. “It’s a different vibe: more of a Melrose-meets-Soho feel and more [focused on] boutiques rather than bigger brand names.” The sneaker boutique CRSVR (pronounced “crossover”), which specializes in limited-edition product, is among the retailers that have set up shop inside the hotel. Nick Sakai, who co-owns the 1,800-sq.-ft. store, said the hotel’s strategy is working. “What the Cosmo did is fill [its retail space] with very niche boutiques at affordable price points,” Sakai said. “The everyday shopper can find something to purchase. At the same time, it’s an eclectic mix of items. And none of the stores really compete with one another.”

Badgley Mischka Bows on Rodeo Drive
Badgley Mischka is channeling a little old-Hollywood glamour at its new  Beverly Hills, Calif., flagship. Opened last month, the two-story, 2,800-sq.-ft. store is located on the corner of Rodeo Drive and Santa Monica Boulevard in the former Writers & Artists Building, which once housed the offices of Will Rogers and Douglas Fairbanks. The space retains its Spanish colonial design, in deference to its heritage. According to Mark Badgley, this is the first store to fully showcase the breadth of the label’s product offering, including the bridal, ready-to-wear and couture collections, and the contemporary Mark & James by Badgley Mischka line, as well as shoes, handbags and accessories. “Our new Beverly Hills home is a dream come true,” Badgley told Footwear News. “To be able to showcase all our collections in such an iconic building and beautiful space is a thrill.” Badgley Mischka has a second Los Angeles location in West Hollywood that opened in 2008. A gala event to celebrate the new store is slated for March 2.

Websites Give New Life to Old Shoes
Two new e-commerce sites are out to change the not-so-chic image of resale retail. Launched last month, Inyourclosetnyc.com saves shoppers the hassle of digging through musty consignment shops. The site features a mix of vintage items, designer apparel and home goods, handpicked by owners Stephanie Jurist and Patrick Rood. According to the pair, the majority of the site’s stock is on consignment from some of New York’s top stylists, actors and photographers, giving shoppers access to a unique styles from the 1980s and 1990s, but with a contemporary spin. Another site, Iftheshoedoesntfit.com, provides consumers with a platform to buy, sell and swap new or used shoes. A single listing costs only $1. According to the auction site, the average woman owns 30 pairs of shoes but only wears a quarter of them, leaving 23 pairs that could be sold or traded.

Eastern Mountain Opens Outpost
Eastern Mountain Sports is bringing more of the outdoor lifestyle to New Yorkers. The retailer recently announced plans to open a 13,000-sq.-ft., two-floor store this fall on Manhattan’s Upper West Side, at 76th Street and Broadway. According to the retailer, the idea behind the new location is to offer outdoor products where its key customers live. “As a retailer that’s been serving the outdoor athletes and enthusiasts in the Northeast for more than 40 years, New York has always been a very important market to us,” Eastern Mountain CEO Will Manzer said in a statement. “This new location, which will be a much larger store, is located in the heart of the neighborhood where our customers live. Being part of the neighborhood has always been important to us and will enable us to deepen our roots in a market where we have been for 27 years.” Once the new location bows, the retailer will have four stores in New York.

Camper Debuts Retail Collab in Miami Beach
Camper has gone south. The brand recently teamed up with Spanish industrial designer Marti Guixé for its latest Camper Together boutique on Lincoln Road in Miami Beach, Fla. The design of the 1,700-sq.-ft. space is inspired by Guixé’s signature Scala sofa, with shoes displayed on soft padded stairs. The store, Camper’s seventh in the U.S., offers a mix of men’s, women’s and kids’ shoes. Tim Patwell, head of North American sales for Camper, said Miami is an ideal location, given its increasing cachet as an international destination. “Miami is an international city, and we are a global company. It only makes sense to have Camper in South Beach,” he said. “[It is a] tremendous move for us, especially due to our involvement with the Volvo Ocean Race, which will port in Miami for a week during the tour.” Two additional Camper store openings are slated for 2011, and while their locations have yet to be revealed, Chicago is rumored to be high on the list of possible cities.