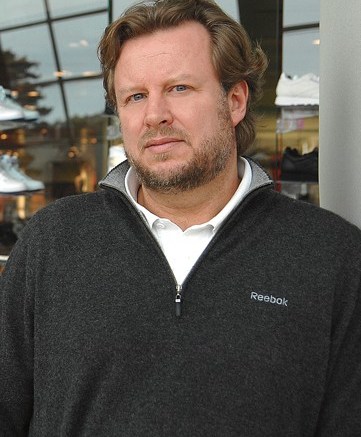 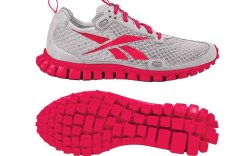 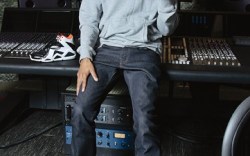 According to President Uli Becker, the Canton, Mass.-based brand is ready to capitalize on the momentum it has gathered over the past several seasons.

Armed with RealFlex, its natural-motion technology that launched earlier this month, and an ambitious plan to revamp the once-moribund Classics division starting this summer, Reebok will take two more steps toward re-establishing itself as a major athletic player. It also is out to meet the 3 billion euro sales goal that Adidas CEO Herbert Hainer has set for the brand by 2015.

“Not enough consumers have gotten used to the fact that Reebok is back. Our reputation at retail is too low for our potential,” Becker said. “But it’s not just about growth, it’s about doing it the right way.”

While the success of EasyTone and ZigTech product have given the brand a boost, Flex and Classics are the two remaining pieces in Reebok’s reinvention strategy, Becker said.

To that end, RealFlex, which kicked off with a media event in New York on April 14, is meant to solidify the brand as a true performance player. Reebok is positioning Flex, with its 76-pod outsole as a shoe that offers that protection other more-minimal shoes lack, while still maintaining the flexibility and ground feel that the running market has embraced.

“We have a clear belief that the product proposition is something unique, and we have a product that is much broader if you compare it with other natural-motion shoes,” Becker said.

In keeping with past launches, the brand has extensive marketing plans for Flex. Thirty- and 60-second commercials will run on networks including ESPN, Comedy Central and during Fox’s Major League Baseball coverage, supported by extensive online promotion, print ads and in-store marketing that are planned through the summer.

Unlike EasyTone, which was focused on reaching women, and Zig, whose ads were aimed at male consumers, the RealFlex marketing effort is dual gender — part of what Becker sees as the line’s broad opportunity.

And retailers are bullish on the potential.

“The awareness level today for Reebok versus three years ago is dramatic,” said Sam Sato, president and chief merchandising officer for Indianapolis-based Finish Line. “Reebok seems to have done everything right in driving their comeback, and it looks like the sky is the limit for this brand.”

And this summer will mark another major step. After smaller initiatives over the past two season, the Classics business is poised to return to the market with “full horsepower,” according to Becker. That means a fresh look, new distribution and celebrity advertising.

The push follows an extended effort to clean up the Classics business, which Becker estimated previously made up “easily” more than half of Reebok’s sales.

“Before the acquisition [by Adidas in 2005] and the year after, the solution to all financial problems was Classics. We sold them to everyone, everywhere and too much of them,” Becker said. “I need to reframe the perception of the Classic Leather shoe from being a barbeque shoe for people my age into becoming appealing to the youth culture. For us, that means it’s not just white and black Classic Leathers or white and black Freestyles, but also new approaches that contemporize it so that we deliver product with the necessary zeitgeist.”

The line will focus on key Reebok styles from the early to mid-1990s, according to Todd Krinsky, global head of Classics. He added the shoes will be given a lightweight makeover with some of the brand’s key technologies.

Krinsky, the former sports marketing VP who was named to the head of Classics more than a year ago, said his team is focused on giving Reebok a new identity with their target 15- to 17-year-old consumer, and marketing will be key. “You don’t get a lot of chances to reintroduce a new proposition to young kids,” he said. “Today’s consumer is a lot more sophisticated than 10 years ago, so the way you talk to them, the way that you allow them to engage with the brand and then the experiences you bring has got to be a lot more robust than in the past.”

To do that, Reebok is taking cues from its music-marketing past. Earlier this year, the brand entered a multi-year partnership with artist and producer Swizz Beatz as a creative director. The partnership will see its largest showcase this July, when the inaugural “Reethym of Lite” campaign drops. All the commercials (a 30-second and a 60-second version), plus other online exclusives, were shot during the filming of Beatz’s upcoming single, “International Party.” The song and video (which feature vocals from the artist’s wife, singer Alicia Keyes) are both platforms for the Reebok Classics message.

“I just want to see things done that haven’t been done before,” Beatz told Footwear News. “I want to make sure we are catering to the demographics that we want to cater to and that there’s new product that’s able to compete with the other brands. And I want to make sure that the culture feels the shift, the change and the growth in the company.”

The new Classics line is an opportunity for the brand to rebuild its distribution, Becker said. In addition to key mall stores and select boutiques, Reebok will target urban players.

“It’s the first time in a long time they’re committed to the younger, more street consumer,” said Jason Lutz, CEO of Philadelphia streetwear retailer Sneaker Villa. According to Lutz, the 36-store chain will make its first significant push with the brand this summer, testing styles in select doors. “It feels like there’s a long-term focus. And as long as they stick to their strategy and incubate it — not mass it out too quick — it should pay off.”

If sales and awareness grow as the company is forecast- ing they will, Reebok could have a whole new problem: differentiating its products at retail and making sure it isn’t competing with itself at market.

But Becker said he’s looking forward to the challenge.

“It’s like sailing: If you have tailwind, it makes it a heck of a lot easier,” he said. “We’ve had enough headwind in cleaning up the business, but that’s past. We enjoy now the tailwind we have, and that’s a really good thing. And I want to sell as many Reebok shoes to one customer as I can.”