Q&A With Under Armour’s Kevin Plank 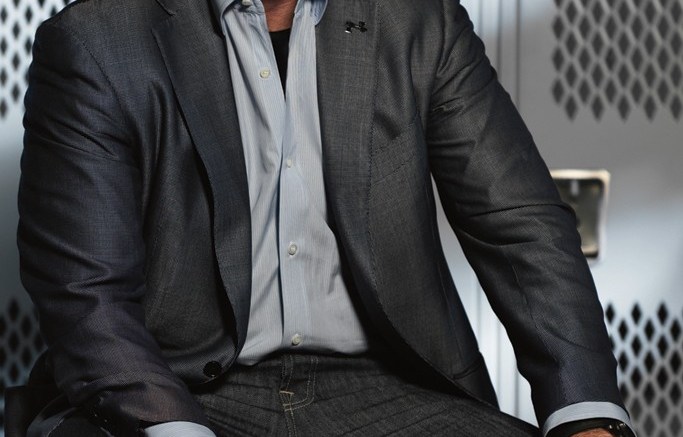 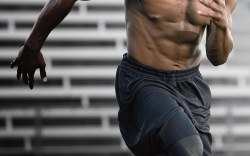 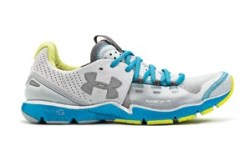 Three years ago, Under Armour paid big bucks for a high-wattage Super Bowl ad that company founder Kevin Plank said would introduce the brand’s footwear to hundreds of millions of viewers.

It was a bold declaration — one that banked on marquee athletes, stadium-like bravado and loud, thumping music.

Unfortunately, the party didn’t last long. Product failed to live up to the hype. An ensuing recession made consumers wary of spending. And retailers continued to think of Under Armour as an apparel company.

Since then, Plank, who is as much inspirational coach and company cheerleader as CEO, has overhauled his footwear strategy, bringing in new leadership, improving product and letting shoes have as much marketing muscle as the star athletes.

It’s an approach that analysts say will work. “For the first time, Under Armour has found its own voice in footwear,” said Matt Powell, an analyst at SportsOneSource Group. “The product seems to have the Under Armour DNA. In addition, they are taking a patient approach to the shoe business this time. I think before, they wanted to hit a home run right away, take a 20 percent market share overnight. But the shoe business doesn’t work that way.”

“I’m a big believer that we are about to enter this battle, this war,” said Plank. “I’m an advocate of bringing everything. But I don’t think it changes any of the core messages of establishing things gradually on court, on field, winning hearts and minds of consumers on the most local, greenest grass-roots level. At the same time, if we now are a company of much bigger size and scale and have the ability to have more ammo to throw at the fight, we’ll absolutely do that.”

Under Armour had big plans for its non-cleated footwear launch in 2008, but the shoes never really took off. What’s the biggest lesson you learned from that?
KP: It just takes time. There are three ways I look at how I’m going to grow my business, and No. 1 is through new product categories such as footwear. No. 2 is through new distribution channels, and for us that would be in channels like the mall. And No. 3 is geography — going into different countries. But the one thing that is consistent about all those ways to grow is that they take time. It has taken us time to invest, not in just building a shoe but to effectively build a footwear company. I made my first footwear hire in 2003. It was a little less than three years later that we had our first shoe in the market. As we sit here, it’s not our fifth year in the market but really our seventh and eighth year in the market. We made it through, and thank goodness we have enough brand equity that allows us to make the longer-term investments.

Speaking of brand equity, how challenging will it be to persuade retailers to take another look, to prove that Under Armour has footwear right?
KP: The biggest knock we have is getting people over that hangover they may have felt. The good news is that when you look at this from a brand-awareness standpoint, as an apparel brand we have a 70 percent recall for the brand. From a footwear standpoint, we’ve been less than 10 percent. So it gives us an opportunity with the consumer, which is what is really important to us. A lot of them — and this is both good and bad — didn’t know we made shoes. Now the big emphasis is on us telling them that we make shoes. We’ve got to [convince] the buyers who’ve been there when the Under Armour rep walks in and says, “Let me show you our new shoes.” I want to give them an opportunity to look at us and pin us in a corner and say, “Oh, yeah, I know Under Armour. I know your shoes. Thanks, but no thanks. Let me have the $65 black-on-black version and I will stick that on one shelf of my store.” We’ve got to tell them our story. We need to sell them with a point of view. Selling one black-on-black shoe with a two-digit price point is not representative of where we’ve gotten to as a brand. We are very proud of the shoes we have. We needed to make shoes over $100. And the emphasis right now has been on how do we make great, compelling-looking product that fits the price point and comes in colors and is styled right and is relevant.

What will you do differently this time around?
KP: We’ve gotten away from creating these hard launches. And while we’ve got two different shoes — the Charge RC and the Micro G Split running shoe — I think first and foremost it’s about creating a new impression with the consumer about what the expectation of the Under Armour brand is. We are starting a new conversation. We have some really good products in the market right now, like the Micro G Split, which is performing well for us, particularly in the sporting-goods channel and, of course, the success we continue to see in the cleated category.

What internal changes did you make to support the new approach to footwear?
KP: It’s been more of an evolution than outright changes, but at the same time, we’ve changed leadership. We brought in Gene McCarthy, who heads our group now, [but] this isn’t about one person. This is about Under Armour footwear. Around Gene we have built an unbelievable team, starting with Dave Dombrow, who is head of our design. I can’t tell you how much this organization thinks of Dave and having people around him who go to sleep and wake up everyday thinking about making an unbelievable Under Armour shoe, and how to incorporate the DNA of the brand into the shoe instead of making a foot covering and slapping a logo on it. We’re definitely not staying in the same place. We are staying proactive and moving forward.

You’ve also had other recent management changes. Are the leadership shuffles intended to realign the business?
KP: If you look at these changes, remember first and foremost that we grew 42 percent last quarter. Our latest outlook has us at 34 to 36 percent on the topline. That’s also what took us 15 years to build a $1 billion base. Fifteen years to the first billion, and at our last investor day, we told the industry that we’d double that number by 2013. But that path is not a straight line; it’s going to take trying a lot of different things.

Under Armour spent a lot on the first footwear campaign three years ago. Tell us about the new marketing.
KP: The latest campaign, “Footsteps,” which features Tom Brady, George St. Pierre and Cam Newton — is a combination of what is relevant and also some of what’s next. We are really excited about what I think Cam’s going to mean and that type of carryover. “Footsteps” was meant to be an important campaign that would start the conversation. We weren’t trying to make some declaration that the world has all of a sudden changed. We realize that we are going to need to earn that each and every day, and more importantly, one product at a time. We are going to be following that up here in the next month or so with a new basketball campaign that is different from the “rah-rah stadium” and other things we did.

You mentioned basketball. How concerned are you about the NBA lockout?
KP: I don’t think it has any impact on us today.

Of course, we’d love to see the game being played. That would be disappointing, and who knows what the repercussions for the immediate future would look like from a consumer perspective. But we are starting from a very low base, and so what we are building into is a plus-plus business.

Talk of a Nike takeover had the Street buzzing a few weeks ago. Why do you think the rumors keep resurfacing?
KP: I don’t know. There’s no truth to them. We are running and building a great business. Let me be clear: I am a fiduciary for the company first and foremost, which means that if an offer were ever presented that was in excess of where I thought we, our management, our product, our brand had the ability to go, it would be my obligation to make a decision in the best interest of the company for the shareholders. But the vision we have for this brand is probably so much bigger than anyone can get their arms around right now that it would be a hard decision to make.

You’re a young guy who may one day look to do something else. What would it take for you to sell the company?
KP: If you can define for me a better job than what I have right now, which is getting to work with the world’s most amazing team of people and getting to compete at the highest level against some of the biggest brands out there, and to say we have the ability to someday be No. 1, if you have a better idea, I don’t know what that is.