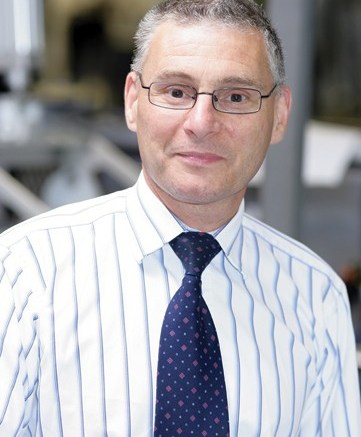 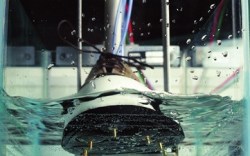 SATRA wants footwear companies to have the information they need as the manufacturing world continues to change.

The Northamptonshire, England-based research and technology firm was founded as a shoe manufacturers’ resource and has grown to cover a range of goods, including home products, toys and safety equipment. Over the years, SATRA has created an extensive database of materials and their performance characteristics. It can test materials (above, right) and finished goods, and SATRA representatives consult with factories and brands on safety standards and efficiency protocols developed in-house and by other groups.

CEO Austin Simmons has been head of the firm (founded in 1919 as the Shoe and Allied Trades Research Association) for the past two years. Today, the company counts more than 1,600 members in 70 countries. Under Simmons’ watch, SATRA has tackled several new initiatives.

Late last year, the company opened its first U.S. location, in Phoenix. At the same time, execs created a research team dedicated to environmental and social responsibility. And this year, SATRA will substantially expand its office in Dongguan, China, and by early next year will have opened a research facility there to develop and test products, including safety footwear.

1. What are some of the most pressing issues in the footwear sector right now?
AS: Last year, there was a big issue with molds on leather shoes because they are sitting on ships for weeks in the tropics. So we are [asking], “Is there something we can do to get rid of those mold spores?” We’ve also been thinking about computer testing. In footwear, we design on the computer, but we still make samples, send them off for testing, rethink it and come back and do it again. Why can’t we do some of that testing on the computer as well?

2. Why did you want to open an office in the U.S.?
AS: We recognize that the U.S. is still a very important place for decision making, design and innovative manufacturing. We know we will enlarge the operation later on.

3. Many footwear firms are worried about cost increases in raw materials. How have these issues affected your work?
AS: The Chinese [factories] have woken up to the fact that costs are going up, labor is short and all their costs are [rising]. They are starting to look for efficiencies and [ways] to cut labor costs by more innovative manufacturing processes. And we are helping with factory layouts and [working] with management to improve efficiency.

4. What kinds of changes do you suggest to companies?
AS: It’s simple things: People often use too much adhesive, or there are better ways to cut things. We have a stitching technology course, for example. Even in sewing, you can get the most incredible savings by retraining. You’d be amazed by how much efficiency saves you.

5. Could those improvements mitigate some of the cost pressures?
AS: Unfortunately for us as consumers, what we’ve gained is just more-expensive footwear, whether we like it or not. But the Chinese are definitely interested in improving efficiency because the brands are holding out for the prices that [they’ve been paying].

6. What actions have your members taken to offset the cost increases?
AS: You’ve got people using more synthetics, so we’re testing more synthetic products in the fashion area. But we’ve also been working a lot more on footwear with attributes [such as] better breathability, waterproof [qualities] and heating elements. Companies are looking more into research, so we’ve got better products on the market with definable attributes that people will want to pay more for. We see the market diverging to a certain extent: People at the high end will still work to make their products better, and then people who are looking to get the best value out of their products [will try to] use different materials.

7. What drove you to create a dedicated environmental and social responsibility research division?
AS: People are more concerned about what happens to their footwear: how it’s been sourced, what it’s produced from and, perhaps more important, where it’s going at the end of its lifetime.

8. Are manufacturers moving more toward emerging countries?
AS: Indonesia is booming. We have noticed Chinese companies now working in Bangladesh, and India and Pakistan are in the game as well. This reflects on us in terms of how our members are growing and the inquiries we are getting.

9. What issues do companies face when they shift manufacturing to new areas or back to their home countries?
AS: They haven’t retained the labor that they’ve had in their plants in the U.S. or in the U.K., so an awful lot of those people have been lost in the industry, and a lot of those skills have been lost. It means some of those companies lack direct knowledge of the products they’re now sourcing, and it also means that if they do want to bring back the manufacturing or [move] into another country, there is a lack of people who can do [the work].

10. How do you address that problem?
AS: We’re trying to up our training in things such as basic footwear. We’re also doing a series of basic shoemaking articles in our member bulletin publication. We’re hoping the SATRA shoemaking book will become the definitive training [tool] for years to come.