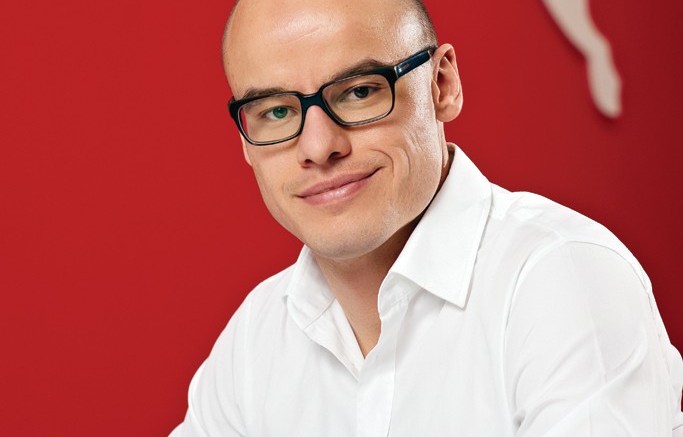 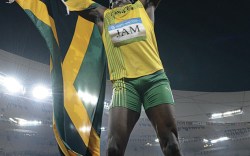 Franz Koch has numbers on the brain.

“Today is my 82nd day in the position,” said Puma’s new CEO during a phone interview on Oct. 14 from the brand’s headquarters in Herzogenaurach, Germany. “It’s been an interesting time, a very intense time, of course, and [it’s flying by].”

The exec took over the brand’s day-to-day operations from longtime head Jochen Zeitz in July. (Zeitz is now head of sustainability for PPR and the CEO of its sports and lifestyle group, as well as chairman of Puma.)

The biggest part of 32-year-old Koch’s job will be executing the five-year plan that Zeitz outlined to the public last year to get Puma to 4 billion euros in sales by 2015. It’s a task Koch said he feels comfortable with: In his previous role as head of global strategy, he worked closely with Zeitz to create that plan.

“I’m happy to say we’re on track to deliver on our five-year objectives,” Koch said. “So far, so good.”

One big improvement he wants to make, though, is strengthening the brand in the U.S., which he called the “No. 1 priority.” Koch said a renewed focus on the performance athletic space — including a new fall ’12 line of lighweight footwear called EvoSpeed — will be key to reigniting a U.S. business he characterized as “robust” but “not stellar.”

And that’s a strategy retailers could get behind. “We would very much like Puma to be able to regain its strength in the U.S.,” said Ken Hicks, chairman, president and CEO of New York-based Foot Locker Inc. “It has that opportunity, but it would probably need to go back some more to its roots in the athletic world, while keeping its strong position in fashion.”

That’s just what Koch is hoping to do. “We see huge growth potential if we get it right,” he said.

Here, the CEO outlines his aggressive plans for the brand.

Your predecessor, Jochen Zeitz, has had a big influence on Puma. What kind of relationship do you have with him?
FK: We have a very professional relationship. We are clearly not buddies, not real friends, I would say. But we respect each other and work together as colleagues in a nice way, with a sense of humor and the joyful moments that you need in your professional career. It’s a good vibe between us, and I also believe it’s a very powerful combination.

Is it a hindrance to have the former CEO still so closely involved with the company?
FK: No, not at all. You can imagine [that] at the age of 32, running a large company, it’s a huge challenge. Whenever I need advice, it’s very nice to have a person like Jochen somewhere in the background, giving advice and sharing some of his personal experiences with me, in order for me to derive the right strategies and take the right actions. [But] I’m here, I’m in charge on a day-to-day basis. I’ve taken full ownership and responsibility.

You mentioned your age — you’re comparatively young to be CEO. How have you found the transition from member of the team to head of the company?
FK: At 32, I’m actually right on the average of Puma employees. I’m coming out of the middle. I have a good connection to all the people here, no matter what level, and that’s a very nice way to work. Everyone respects me, I respect all the other people and we hang out together and play ping-pong, or we go to the gym together or go out for a run. I really enjoy being part of this bigger group, [but] of course, I drive the direction.

Puma launched its five-year business plan last year, before you were named CEO. How involved were you in its creation?
FK: I was kind of the operational driver behind [the plan] in my role as global head of strategy, and during that time, needless to say, I worked hand-in-hand with Jochen. Now, the primary focus is to execute on this plan and make sure we achieve our long-term objectives.

How would you assess the brand’s strength in the U.S. market?
FK: The U.S. is the No. 1 priority market for us. Our positioning [there] — and the business development — is very robust, but it’s fair to say it’s not stellar. We’re working hard to get it back to stellar. I will spend a significant portion of my time in the U.S. going forward. We see huge growth potential if we get it right.

What actions are you taking to improve your position in the market?
FK: The key driver for us is to become more credible and louder again in the running and training area. In lightweight running, we have a collection called Faas, and this is something we can continue to build and develop. In addition, we have a great initiative for next year called EvoSpeed, our lightest and speediest [footwear collection], one that stretches across the various performance categories. That tells you a little about the idea to strengthen our roots in sports performance and seem more credible in that space.

Will you change your distribution to focus more on performance-oriented retailers?
FK: Actually, we have a fairly balanced distribution in place already. We have access to all the right channels, it’s just that we need to penetrate the most desirable doors to reignite the brand not only in sport performance but also in the lifestyle area. We’re very confident we’re on the right path and we see some every positive signs from both worlds.

What market conditions worry you most?
FK: [From] a macro perspective, it’s certainly Europe and the situation in some of the markets here: Portugal, Greece, even Spain. And within Europe, the banking sector is a bit concerning. You read the headlines every day and you wonder what’s going to happen next, and it feels a bit like the situation two to three years ago.

Have you seen an impact on your business?
FK: There is a financial crisis going on, there is political instability, but based on the indicators we have on hand, we don’t yet see the direct impact on the consumer environment and our business.

How are you responding to the sourcing pressures in China?
FK: We need to do whatever possible to mitigate risks and cost increases, so we’re working very closely with our strategic sourcing partners and forming strategic alliances, which is the No. 1 lever to get that under control. In addition, we need to selectively increase retail prices, as well to compensate and stabilize and protect our gross profit margin as much as possible.

Next year sees two major sporting events — the Olympic Games and the European Cup. How important are those to Puma’s strategy?
FK: We’re clearly looking forward to those two events, [particularly] the European Cup, with our prime asset in Italy having qualified. But even more important for us is the Olympics because we truly believe Usain Bolt and Team Jamaica once again [will] shock the world with new world records.