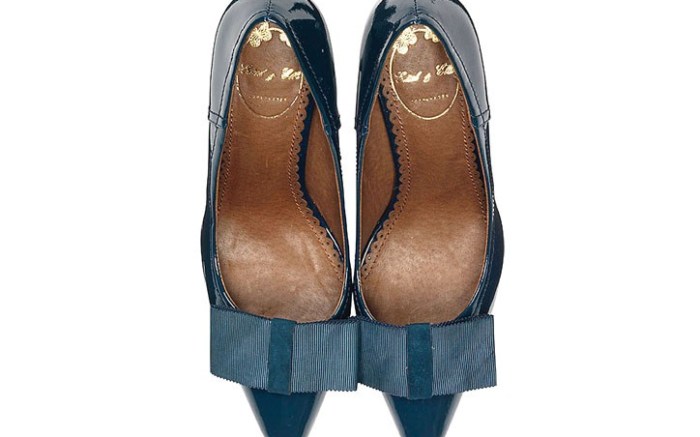 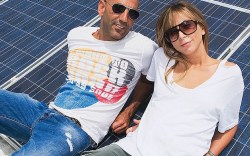 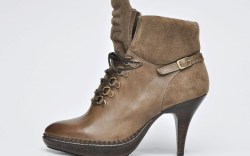 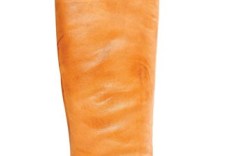 The Copenhagen, Denmark-based women’s brand, which produces apparel, shoes and accessories, is seeking to expand outside Europe. “We hope to find new customers and get agents in countries where we aren’t represented,” designer Line Markvardsen said of the decision to show at Bread & Butter. Edith & Ella has three concept stores in Denmark and is also sold in several other European countries. Future plans include opening a unit in New York. The fall ’11 collection features pointy toe looks with contrast bows, fur trims and gold buckles; and boots that are high and elegant. “The brand is feminine, colorful and classic, but with a funky twist,” said Markvardsen. “A lot of thought is put into the details, and this is what makes it stand out.”

Gypsyz, a Los Angeles-based label founded by brother-and-sister duo Dotan Shoham and Osi Shoham Ettlinger, launched its line of eco-friendly knit booties last November after establishing apparel. A hybrid between a knit stocking and a boot, the shoe styles are manufactured in China. At Bread & Butter, the brand will debut clogs. “We hope to gain exposure in the European market and build the brand with stores so people are able to recognize our unique, colorful and different approach,” said Osi Shoham Ettlinger.

Owned by Portuguese factory Macosmi and Netherlands-based shoe designer Rense Hekstra, Atelier do Sapato launched men’s shoes last year, following its women’s debut for spring ’08. For fall, there are 60 men’s looks and 40 women’s styles. Hekstra described the collection as rough elegance. “We are not about being over-the-top sexy. The bestselling [look] is our trench collection of military boots,” said the designer, who previously co-designed G-Star footwear. Hekstra added that Bread & Butter will give him the chance to get an early read on fall, and he hopes to forge new relationships at the show.

Swedish fashion company MnO Brands is showing two of its clothing and footwear brands for the first time at Bread & Butter: Red Collar Project and Rules by Mary. “The reason for exhibiting is to strengthen the brands in Europe,” said Ola Hultgren, CEO of MnO Brands. “Hopefully we will find new stores and potential new distribution partners.” New to the footwear scene, Red Collar Project debuted a small collection for spring ’11. “We wanted to give the consumer the opportunity to dress head to toe in the brand,” said Hultgren. Styles from the fall line (above) take cues from fashion trends of the 1940s. “We often mix inspiration from the past with modern shapes and details for a timeless feeling,” Hultgren said. Meanwhile, Rules by Mary’s fall offering of high-heeled shoes and boots is inspired by the 1970s, with draped materials playing an important role. The brand is available in Germany, Holland, Switzerland, Spain, France, Australia and Japan. “We would love to introduce our footwear collection in the U.S., but we would first need to find the right partner,” Hultgren said.