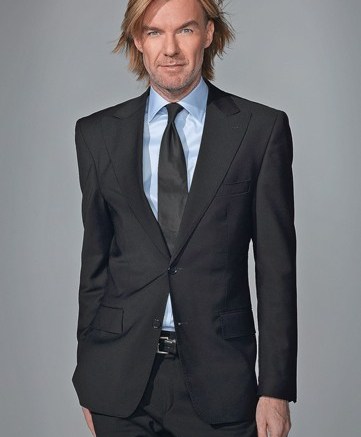 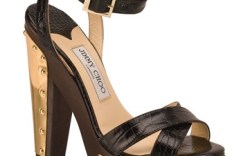 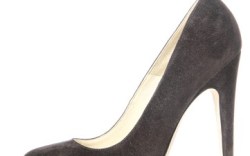 Pre-collections, meant to augment traditional seasonal deliveries, are fast becoming the norm, and their scope — once just a handful of styles — has grown to be substantial.

Jimmy Choo, too, has seen its pre-collection assortment grow from a novelty to a comprehensive line. The luxury brand’s pre-fall and cruise collections have been steadily expanding and now have the same amount of SKUs as the fall and spring lines.

“The pre-collections have been extremely successful for Jimmy Choo,” said CEO Joshua Schulman. “They are as important commercially as the ‘main’ collections.”

But this was not always the case. “At one time, pre-collections were almost fillers,” said Ken Downing, SVP and fashion director of Neiman Marcus. He added that pre-fall and resort were intended to occupy shelf space or accommodate jet setters between the major seasons, but today, the game has changed. “There are many people who … just want product that’s fresh and brings newness to retail before the runway. The Internet is bringing fashion to the customers in real time, and they’re seeing what’s happening very early.”

Malkemus agreed, noting that consumer demand has fueled this trend. “The pre-collections are driven more by the customer’s need to replenish their closets,” he said.

Brian Atwood debuted pre-fall this season for the same reason. While the designer has always had a resort collection, in addition to his larger spring and fall lines, he launched pre-fall exclusively with Saks Fifth Avenue and Saks.com in the U.S., and with Net-a-porter.com outside the States.

“It’s a no-brainer,” Atwood said of recreating his classic Maniac pump in a variety of colorways and fabrications for the pre-collections. “In a consumer’s mind, new and exciting product is always so important.”

At Bergdorf Goodman, “consumers appreciate fresh product in the shoe salon as early as we can supply it,” said Linda Fargo, SVP of fashion office and store presentation at Bergdorf Goodman. “They come in often and expect — and deserve — rotating, exciting assortments.”

And designers are delivering that newness as fully concepted collections, as opposed to a random selection of styles. “Pre-collections are no longer a lesser idea, and a lot of design goes into creating them,” said Downing.

Brands appear to be reaping the benefits from new sales generated during the pre-collection period. “It’s a way to do a heck of a lot of business,” said Malkemus.

And because the pre-collections are often transitional styles, they have a longer selling period. “[Product] arrives in the season early, so we are often able to identify best sellers up front and still have time to reorder,” said Schulman.

Alexandre Birman also is prospering from his pre-collections, which have outsold his fall and spring lines for the past two seasons.

The designer added that pre-fall and resort sales have played an influential role in growing his business, helping him to secure new opportunities with retailers such as Browns, Selfridges, Net-a-porter and Lane Crawford.

Still, adding extra collections is no easy task. “It’s a lot of work,” Atwood said of constantly researching new materials and colors and coming up with fresh designs. “These collections are becoming larger every time [and] it doesn’t seem to be slowing down.”

Malkemus noted that multiple collections keeps detail-oriented Blahnik busy throughout the year. “He is a designer who does the nuts and bolts himself,” the exec said, “but if I need 60 more shoes for Neiman Marcus, he’ll do it.”

Malkemus also explained that the pre-collections put pressure on factories as well as designers. “As our collections grow and we sell more, it becomes more involved,” he said. Production could take up to four months, so mastering organization and scheduling is key to accommodating pre-collections, in addition to the fall and spring lines.

Schulman, too, admitted that scheduling posed a challenge for Jimmy Choo. “The accelerated pace of new products was initially an adjustment for our design studio and our production,” he said. “But now that a rhythm has been established, the pre-collections are a normal and important part of our business.”

And looking ahead, pre-collections are poised to expand even further. Malkemus and Atwood said those offerings represent roughly 40 percent of their entire businesses and could eventually be half. “Today’s customer doesn’t shop only twice a year,” said Schulman.