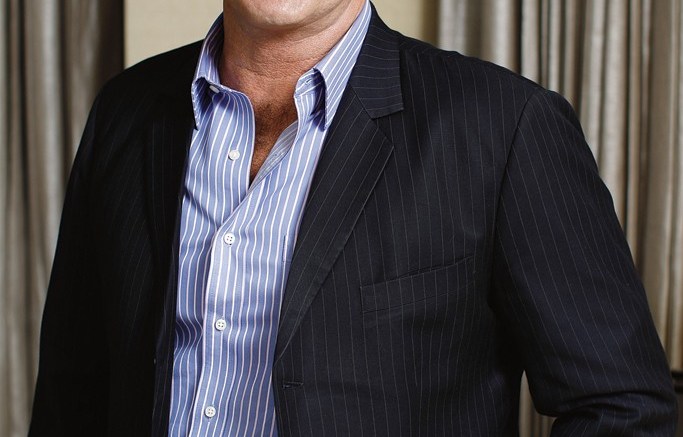 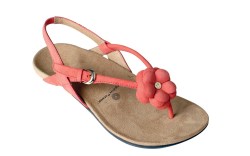 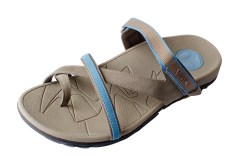 Orthaheel founder Phillip Vasyli has successfully made the trip from Down Under.

Since bringing his biomechanically designed flip-flops to the U.S. in 2006, the Australian podiatrist has been casting a wider comfort net. He recently introduced his proprietary footbed technology to two new collections under the Dr. Andrew Weil Integrative Footwear and Vionic labels, and anticipates sales for the San Rafael, Calif.-based parent company Vasyli LLC to double for the third straight year.

Launched in 1990, Vasyli’s Orthaheel brand quickly developed a following in Australia among the country’s flip-flop wearers. So Vasyli decided five years ago to bring his concept to the U.S. “It was a coincidence that wellness [as a footwear category] was taking off here,” said Vasyli. “We’d been in the market for so long that it was just the right time and place.”

The flip-flop market already had a number of players, including wellness-focused labels such as Earth, Birkenstock, Sole and Olukai. However, Vasyli decided to put all his effort into building the U.S. business, and in 2007 licensed the global rights for Orthaheel to Scholl, a U.K.-based footcare provider. That company now sells Orthaheel to 25 countries.

Based on a positive reaction to Orthaheel’s original flip-flop, the Wave (a unisex style featuring a built-in orthotic footbed to support the foot and help realign the lower legs), the line was expanded in 2008 and today includes dressier sandals with ornamental trims, Mary Jane-style clogs, ankle boots and slippers. Several men’s flip-flops and a sneaker are also available, retailing from $60 to $100.

To appeal to a more-sophisticated consumer, last spring Vasyli introduced the Dr. Andrew Weil Integrative Footwear collection, a licensed line made in collaboration with the renowned physician. The contemporary looks are done in premium leathers, retail from $90 to $120 and feature a proprietary Aided Motion System, a combination of technologies developed by Vasyli and Weil that incorporate a softer midsole density to allow for natural plantar flexion.

Moving into spring ’12, Vasyli is readying to grab a share of the athletic market with Vionic, a line of after-sport recovery sandals retailing for $100. The sandals feature a biomechanically contoured motion-control footbed; forefoot and heel cushioning; and Vibram outsoles. The collection will be distributed through athletic and outdoor specialty stores such as New York-based Paragon Sports.

While Orthaheel accounts for 80 percent of the business at Vasyli LLC, the company expects Vionic to make up 20 percent to 30 percent of sales within five years. “People are looking for a sportier look [in sandals], and there’s also a tremendous opportunity to target athletes,” said Lisa Bazinet, VP of marketing.

Although Vasyli is moving into new retail territory with Vionic, comfort independents and e-tailers, such as Zappos.com and Footsmart.com, remain key distribution channels.

And for their part, retailers have found Orthaheel’s comfort story, coupled with its attractive price points, to have wide-reaching appeal.

Sid Hirsh, owner of Hirsh’s Shoes in Tucson, Ariz., noted that Orthaheel fills a sweet spot in the $60-to-$100 range. “Anything [the company] brings out, we bring in,” he said.

The medical community is also an important distribution channel for the company. Vasyli makes custom orthotics through Vasyli Medical, a standalone company based in California that continues to sell worldwide. And Orthaheel sells its shoes through medical professionals, and also serves that audience through its after-market orthotics, retailing from $30 to $40.

At Harris Comfort Shoes in Boca Raton, Fla., owner Richard Harris said that while his store focuses mainly on pedorthics, a variety of customers are buying Orthaheel. “Fit and support are the biggest things. Because of a slow economic environment, [the brand’s] been a godsend,” he said, comparing the line to more expensive comfort brands such as Birkenstock. “People are looking around for shoes that feel good at a price point that’s agreeable.”