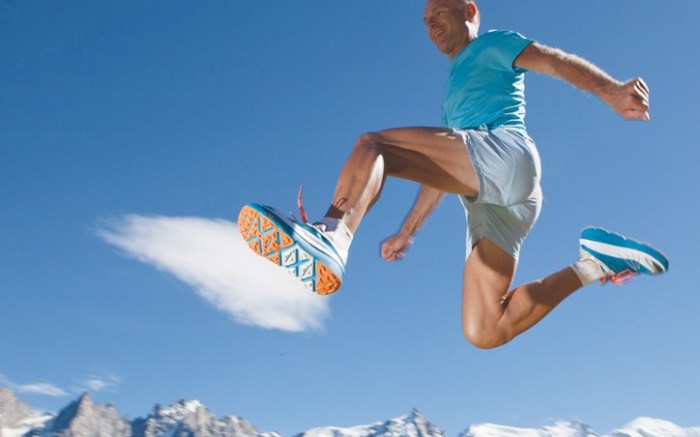 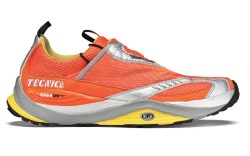 When it comes to running, is less always more?

A new group of running manufacturers says no. They’re creating shoes with big, bold outsoles meant to offer runners more stability and better cushioning. Though the idea seems counterintuitive in a world now obsessed with minimalism, vendors and retailers believe the concept has potential.

French company Hoka One One has been in the bigger-is-better business since March 2010 and has had the U.S. market largely to itself, but two brands are launching similarly outsized product this spring, and they are also targeting the running independent channel. The result, they hope, will be the beginning of the next running tech growth explosion.

When Hoka One One shoes first hit the market last spring, they created some confusion. With oversized, super-soft outsoles in candy-colored EVAs and with a slight pitch at the front and back, they could almost be mistaken as a new entrant in the rocker-bottom arena. But brand co-founder Nicolas Mermoud said the $169 shoes are designed for extra cushioning and stability, effectively molding themselves around uneven terrain. The rocker look is made to transition from heel to mid-foot for a quick push-off.

“Hokas are designed to win some technical and long races,” said Mermoud, a former Salomon exec and veteran of the downhill skiing and trail running worlds.

Newcomer On Running first released its running shoes in Europe last year, winning the ISPO outdoor trade show’s “BrandNew” award for 2010. After a limited test in the U.S., the Swiss company is making its first big push here this spring.

The shoes, which have a series of hollow pods on the outsole, were developed to provide “active” cushioning for runners, said David Allemann, co-founder and CEO of On Running. The pods, he explained, collapse when underfoot to cushion impact. And when collapsed, the pods allow for a secure push-off while rolling the foot forward. “You basically slide into your foot strike,” Allemann said. “So far, running shoes have been cushioned and slow. Now they can be cushioned and fast.”

Trail-running brand Tecnica is getting in on the action with its TRS Max trail runners, which hit the market on March 1. Created using a modified version of the Hoka technology (Tecnica has a relationship with the development team behind Hoka), the two styles feature a lower-profile midsole and outsole than the Hoka shoes but have a footprint 30 percent larger than a traditional style. “They are trail shoes that are ideally suited to occasional runs on pavement,” said Tom Berry, Tecnica VP of sales, marketing and merchandising for outdoor. “They’re more versatile for a wider range of runners.”

The bigger-is-better movement stresses that duality: cushioning for everyday runners and pinnacle performance for top athletes. And those in the business point to other industries that have paved the way for such an idea.

“In the golf world, the pros use oversized drivers, and that made playing easier for regular golfers,” said Berry. “The fat ski made for better performance for the big mountain athlete, but the everyday skier also benefited.”

Such comparisons make sense to the specialty channel.

Johnny Halberstadt, co-owner of the four-store Boulder Running Co. chain in Boulder, Colo., was one of the first accounts to pick up Hoka last year, and next month, he’ll bring in the Tecnica TRS Max shoes.

“[The shoes] allow for very efficient running, and yet you get superior protection,” he said. “They allow a lot more people to run with less wear and tear on the body. This is the answer. As the population is getting older, we want protection and we want injury prevention.”

Curt Munson, owner of Okemos, Mich.-based Playmakers, was also among the first to carry Hoka. Munson, who is one of the most prominent advocates of the barefoot running movement, said the bigger-is-better shoes have a place on the shelf next to more minimal styles.

And while all three brands are starting small — Tecnica will launch at fewer than 100 specialty doors in the U.S.; Hoka has a similar number; and On Running will be in 40 doors for spring — retailers said the category has potential for growth.

Rich Wills, owner of Lakeland, Fla.-based FitNiche, was one of a handful of retailers to test the On Running line and said the response has been quiet, but positive. “We don’t sell tons at $150 a shoe, but we get good feedback from the [runners] who buy them,” he said.

“It’s reaching critical mass,” said Halberstadt, who’s sold “hundreds” of pairs of Hokas. “People have just got to open up their minds to look at something a little different. But once this whole concept gets going and some of the new road running models launch [in 2011], things are going to take off. It’s very difficult for people who have tried these shoes to go back.”